Associate Professor P.H. Lykhatskyi, the Chairman of the Trade Union Committee of the university, opened the meeting. 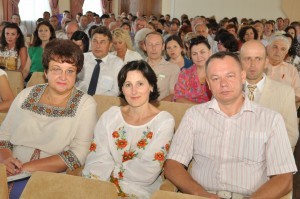 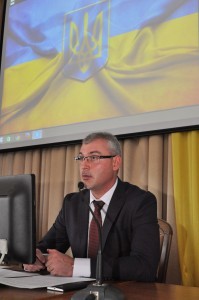 The delegates of the Staff Conference chose a mandate and counting commission by open voting. 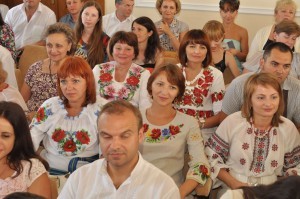 The Minutes of the Counting Board’s meeting was read out by its Chairman, Professor Ya.P. Nahirnyi. 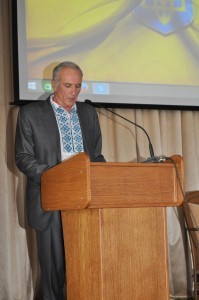 After the report of the Mandates Commission the presidium of the meeting was elected. It consisted of the rector, vice rectors and Chairman of the Trade Union Committee. 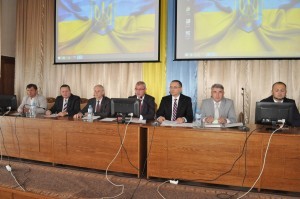 A report on the first item on the agenda “The Results of university work during 2014-2015 academic year and immediate tasks for the next year” was made by the rector of the university, Professor M.M. Korda. 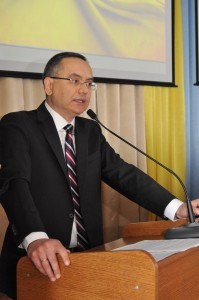 The second reports were appealed by:

A report on the following issues “Information about 1st year students’ enrollment for 2015-2016 academic year and approval of events for 2016” was made by the Executive Secretary of the Admission Committee, Associate Professor V.Y. Kulchytsky. 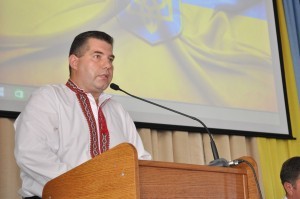 The Vice-Rector for Science and Education,  Professor A.H. Shulhai reported on “Approval of schedules of the Academic Board, Administration, Dean’s Offices, Department of Research, Committees, educational process measures for 2015-2016 academic year” and “Amendments to the Charter of Ternopil State Medical University”, which were approved by the Staff Conference. The new set of the Academic Board was also elected by open voting.

The Vice-Rector for Research, Professor I.M. Klishch made an address on current problems.

The information was presented by the Scientific Secretary Illia Herasymiuk