On September 15 a scientific and training conference on topical issues of abdominal surgery was held in Korosten. The conference was opened by a regional children’s surgeon Professor Rusak P.S. He emphasized on the matter of peritonitis in children. The head of surgical department of Zhytomyr Regional Hospital Perepelytsia V.P. reported on the range of surgeries in this department. The number of pancreaticoduodenal resections was 60-70 per year; the duration of each surgery was within three hours.

The mayor of Korosten presented the insight into the history of Zhytomyr and the Head Physician of the district hospital reported about the hospital supply, particularly about modern lithotripsy equipment. An interesting report was made by Professor Fomin P.D. on the prospects of postgraduate surgeons training arrangement. Executive Director of the Association of Anesthesiologists of Ukraine, Professor Dubrov S.O. informed about modern approaches of venous thromboembolism care. The expedience of preventive elastic bandaging of lower limbs in patients with lower limbs varicose vein disease was vigorously discussed. 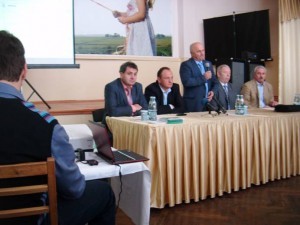 Associate Professor of the Department of Anaesthesiology and Intensive-Care Medicine of Ternopil State Medical University Kostiv O.I. reported on abdominal sepsis diagnostics and treatment matters. The issues of antibiotic resistance, differences in microbiological passports of departments in different hospitals were actively discussed. The choice of empirical antibacterial therapy in patients with sepsis was controversial. The lack of anesthesia equipment for patients with peritonitis and adequate infusion therapy were also debated. 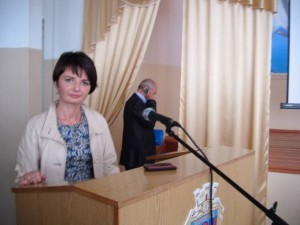