On April 22-24, the Deputy Dean of the International Students’ Department Olena Pokryshko and fourteen international students of I.Horbachevsky Ternopil State Medical University, who take part at the NGO EMSA-Ternopil, participated in the National Assembly of EMSA the Medical Conference in Kharkiv. 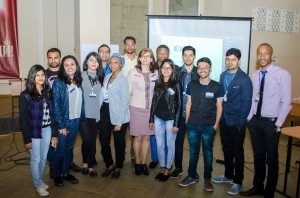 The event started off on Friday 22nd of April, 2016 at the Main Hall of V. N Karazin with a welcome speech from the Local Coordinator 2 (LC2) of EMSA Karazin Kharkiv National University; Hagood Ineh-Dumbi and the National Coordinator (NC) Limaro Naomi Nathan. Afterwards the Vice Dean of Foreign Students Faculty of  Ternopil State Medical University, Associate Professor of Microbiology, Virology and Immunology, who is also the ЕMSA-Ternopil Staff Adviser Dr. Olena Pokrуshko Volodimirivna gave a lecture on Methods of Laboratory Diagnostics and Collection/Handling of Samples. There were two workshops available during the conference on the Friday, which ran as parallel sessions; Infertiliy; Gynecology and Obstetrics examination, Early Detection of Infertility by Dr Oxasana Grigrovna and Basic of ultrasound diagnostic by Dr Denis Petrovich, both teachers from the department of Obstetrics and Gynecology N2 of the Kharkiv National Medical University. 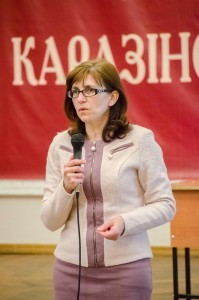 On Saturday, 23rd of April, 2016 the EMSA Ukraine NA/MedCon started off in the morning with Clio Jis Francis giving the welcome speech and introduced one of our key speakers from the Department of Occupational Disease Kharkiv National Medical University, Prof Dr Oleksiy Oleksiyovich Kalmykov who spoke about mobility in healthcare and explained the formula of mobility within healthcare that included language, competence, strategy, achievements, personal properties and health divided by limitations. It was an opportunity of students to understand what is required of them to be able to be mobile within the medical field. Afterwards, the program continued with a session of MEDx EMSA, where different EMSAi had an opportunity to speak about various topics they are passionate about. The speakers included Hagood Ineh-Dumbi, Mary-mercy Basumbuko, Daniel Adenisimi, Micheal Adesida, and Syed Ahsan Ali. By mid day, we had the keynote lecturer Dr Jeffery Anderson who is a Professor of Medicine and Cardiology at the university of Utah School of Medicine in the USA, spoke about the use of mobile devices in cardiology, coincidentally, this year when we had the 1st EMSA Ukraine National Assembly/Medical Conference is also the 200th anniversary of the invention of the stethoscope. Parallel workshop sessions thought by Dr Jeffery Anderson on cardiology and Dr Nataliya Nekrasova from the Department of Neurology Kharkiv National Medical University on Reflexology; Techniques and Methods. 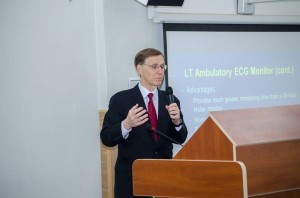 By late afternoon, the event continued with Movies and Medicine, where the clips of the movie “First, do no harm” was shown, after which there was the plenary session where a call for the position for National Coordinator and National Secretary General of EMSA Ukraine was made and by the end of the session 3 candidates Clio Jis Francis, Queendarlyn Otunwa and Oriaifo Donald were gotten for the position of National Secretary General(NSG) and 3 candidates Solih Mohamed, Ahmed Ba Wazir and Ofure Abigael Obinyan were gotten for the position of National Coordinator (NC). By the end of the evening, the votes were gotten from 2 delegates of each FMO and counted by the electoral committee made up of the Adenisimi Daniel and Jiska Uwimana. During the formal dinner, the incoming National Coordinator was announced to be Ofure Abigael Obinyan while there was a tie between Queendarlyn Otunwa and Oriaifo Donald for the position of National Secretary General position both with 3 votes and Clio Jis Francis with 2 votes. The dinner continued with photo sessions, acknowledgement of graduating EMSAi, entertainments and interactive session. 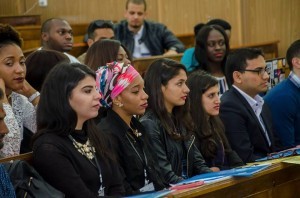 The event was concluded on Sunday, 24th of April 2016, at the conference hall of the Indian Palace and started with a training session from Daniel Adenisimi and Limaro Naomi Nathan (outgoing National Coordinator) on how to write a CV/Resume. It was a very interactive session that concluded with participants writing a resume for a position in WHO. Lunch was served, while the Local Coordinators and National Coordinators met to conclude the event and also break the tie between the two candidates for the National Secretary General Position and with 4 votes for, 2 votes against and 3 abstained, Oriaifo Donald was elected the new National Secretary General. 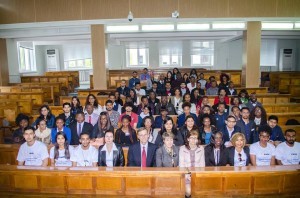 The event was finished with a closing ceremony by both the incoming and outgoing NC and certificates for each participant were presented by members of the Local Organizing Committee.