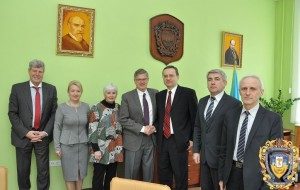 At first the guests met with the Rector of TSMU Professor Mykhailo Korda. During the meeting they discussed the prospects of international cooperation between the two universities on the implementation of joint educational projects, scientific developments in theoretical and practical medicine and medical education. It was agreed on assistance in the establishment of TSMU Simulation Centre. Soon, our teachers will have an opportunity to visit the Canadian university to get acquainted with the work of such Centre there, which is one of the best in Canada. 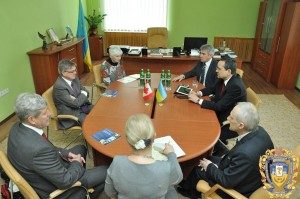 Due to the support of specialists MacEwan University the implementation of a joint project on creation the elective course “Nurses Initiative for Alleviation of Personal Trauma” for students studying Nursing. This project is supported by the Canadian Embassy in Ukraine. Due to the collaboration of the two universities this course will be delivered not only in TSMU but also in other universities with nursing course. This project is very important for our country, because today there are many people with post-traumatic stress syndrome caused by military actions. 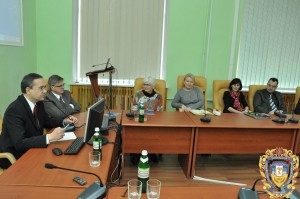 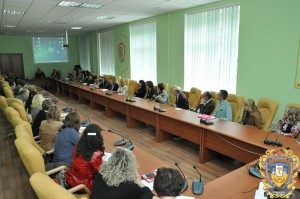 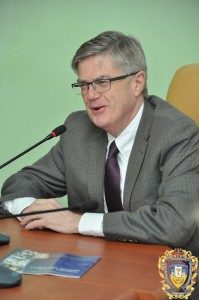 After meeting with the Head of Ternopil State Medical University, David Atkinson delivered a lecture for the university scientists and teachers on General administration and fundraising in universities of Canada. He expanded on fund raising for scientific researches in Canada. 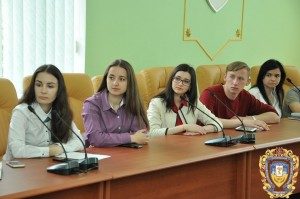 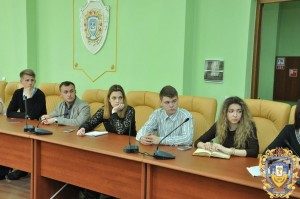 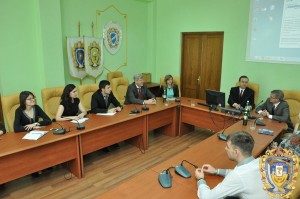 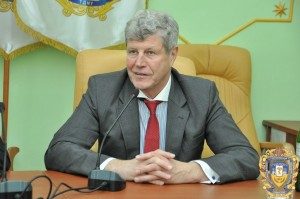 Dr. David Atkinson also talked with young people of TSMU on “The role of student self-government in university life”. He noted that in their University the Student Council is absolutely independent unit of the student government and sets its own budget for social projects using membership fees. The Student Council is elected by the Students Association of MacEwan University. Today, the students of this university are interested in social projects on Syrian refugees support, programs of students’ mutual support. MacEwan University has the Ukrainian Student Club. The Student Association devotes funds for students’ breakfasts. Young people are also involved in charitable projects of the city. David Atkinson also said that student science is developing in the University and there is a special fund where young people receive grants for participation in conferences. 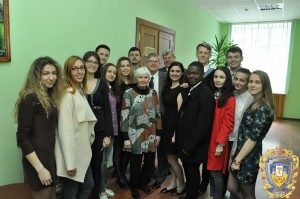