Center of Disaster and Emergency Medical Care and Department of Disaster and Emergency Medical Care of  Ternopil State Medical University organized a regional competition of ambulance crews on June 14 in Ternopil.  This competition was preceded by district competritions. Based on the results it 18 teams participated in the regional competition, including 16 teams from across Ternopil region and 2 from the city of Ternopil. A characteristic feature of this year’s competition was that many teams represented not district centers, but emergency medical aid stations (at  Kopychyntsi, Tovste, Ozerna and others). 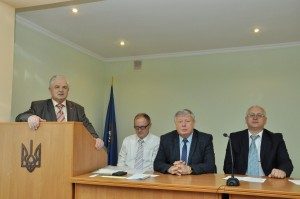 The head of Ternopil Regional State Administration Department of Public Health Volodymyr Bohaychuk welcomed the participants in the meeting hall of the Center Disaster and Emergency Medical Care. 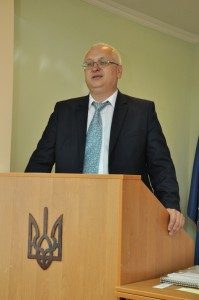 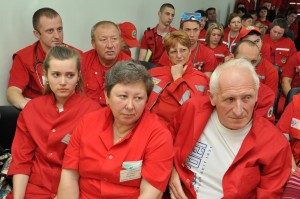 “I am very pleased to see such a strong team of highly qualified specialists. Your skills and dedication save lives. No wonder that Ternopil emergency medical aid team took 1st place on the VI Ukrainian championship of ambulance teams, which took place in May in Kharkiv. This shows your professionalism. I want to congratulate you on the occasion of your professional holiday – the Day of the medical worker, and wish you success! I wish you good health and new achievements! “- said the official. 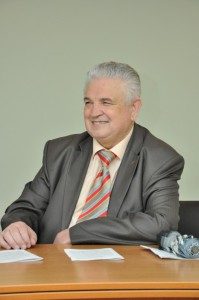 Head of TSMU Department of Disaster and Emergency Medical Care, Professor Mykola Shved on behalf of the rector, Professor Mykhaylo Korda welcomed the participants. As a reminder, this is a sixth such competition.

“You all are winners already, because you were the best in your districts. It is an important achievement for a regional emergency team to take first place in the National Championship. I am convinced that such competitions are needed and very important, because every day there are instances when citizens require emergency medical care. Different stages of the competition will present different problems. In particular, they will address cardiovascular disease, various injuries and assistance to a large number of victims . The judges will pay attention to the quality, speed and precision of action of the ambulance teams on all stages of emergency medical care “, – said Mykola Shved. 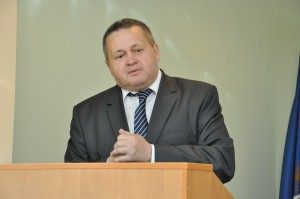 He also stressed that it is difficult to overemphasize the importance of ambulance physicians, because they first rise to the challenge, save lives in the most difficult situations, especially when there is need to act quickly and efficiently. 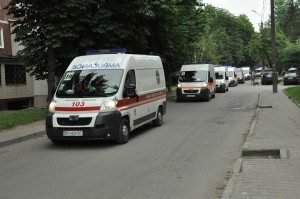 Welcoming the participants, TSMU vice-rector for research, academic and medical work, Professor Stepan Zaporozhan shared his memories of the time he worked on the ambulance: “studying in graduate school in Kyiv, for three years I went on calls with an ambulance crew and know the importance of your profession. Ambulance doctors and paramedics first come to the rescue. ” 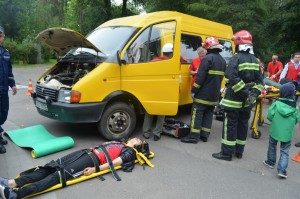 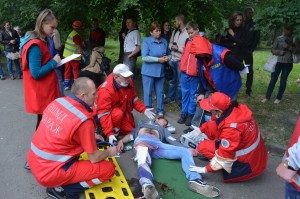 The venue of the competition was City Park Shevchenko. All teams participated in four distinct competitive challenges that addressed major areas of emergency and urgent medical care. In the first challenge the teams provided emergency assistance to victims of large-scale accidents. The skills that were evaluated included the ability to quickly assess the severity of the situation, triage victims and coordinate with other rescue services, to assist various categories of victims, including children and pregnant women.

Another task involved providing assistance after a car hit. This task had a twist requiring the doctors to recognize that the driver suffered a heart attack and determine correct treatment and diagnostic actions. 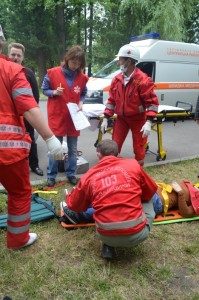 Paramedics had their own challenge helping patients with poisoning and coma of unknown origin. Such situations are routine and emergency medical teams encounter them almost daily. For this task it is important to hurry assistance and prevent of complications due to poisoning. 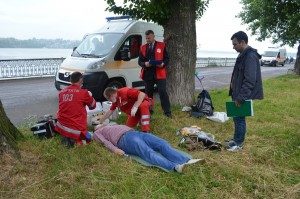 A challenge with the code name “Black archaeologists” reflected present day realities. According to the scenario, a group of people had been looking for scrap metal, and instead found an artillery shell. The task for the teams was to provide appropriate medical care to the victims with explosive injuries. 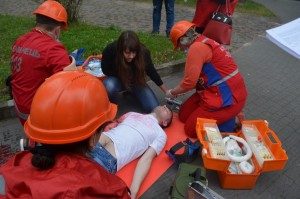 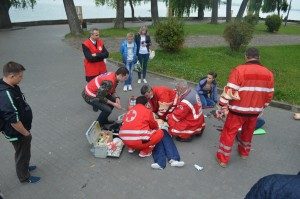 Although all participants demonstrated a good level of theoretical and practical training, the purpose of the competition was to identify the best team. Coordinated work of the panel of judges ensured by the emergency department personnel and emergency care doctors, winners and runners-up of last year’s national and European competitions. 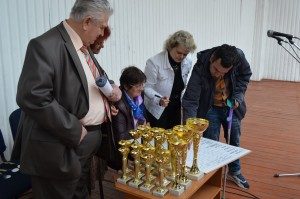 The students of our university played an important role in the competition, faithfully portraying victims, patients and witnesses of the events. 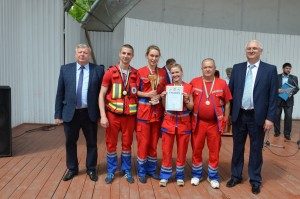 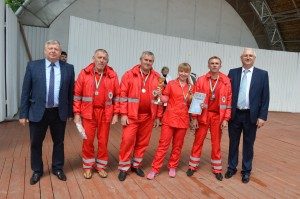 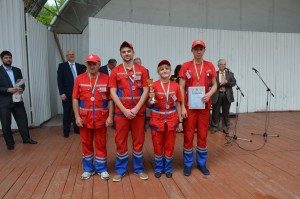 The jury had a hard task determining the winners,  because all teams of emergency medical aid performed on consistently high professional level during the competition. The final results are as follows: first place winner was the team from the First Ternopil ambulance post (doctor – Olha Prokhorenko, paramedics – Iryna Fetsko and Olexander Sorokin, the driver – Myron Bayak), second place went to the team from Lanivtsi, and the third – the team of the Second Ternopil ambulance post. 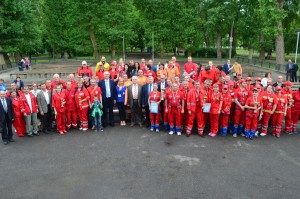