For four days, from July 7th to 10th , students of Ternopil State Medical University carried out volunteer health watch during the festival Faine Misto, which took place on the grounds of Ternopil Airport. The future doctors gave paramedic help, responded to assistance requests from the guests, and worked closely with the emergency services. 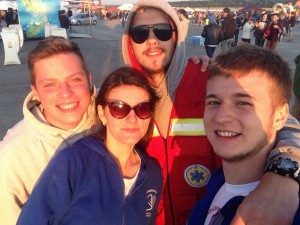 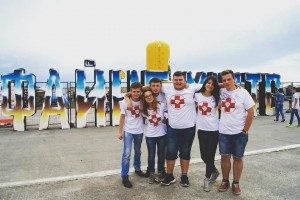 Music fans from all over Ukraine came to listen to their favorite bands. Musicians and singers performed on three stages. A separate stage was set up for young writers reading their poems. Overall, over 10 thousand visitors attended the festival. People asked for help from our volunteer team day and night, so the future doctors really did not have much time for rest. This year organizers created two temporary clinics, which were constantly staffed by our students, including Taras Moroz, Petro Vahovskyi, Anastasiya Hudyma, Bohdana Pereviznyk, Denys Kosharskyi, Ihor Byhar, Vasyl Kuz, Karina Porytska, Romnia Klos, Nargiz Dzhavadova, Iryna Stanko and Roman Huk. 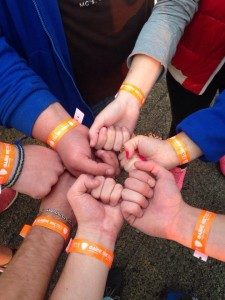 “Most of the issues we’ve encountered were injuries. People were really excited and this led to injuries, some people lost consciousness due to weather conditions. We were fully equipped with all necessary medications and equipment. In addition, the ambulance was always on standby and we worked together as a team. If the case was complicated, we referred the patients to the emergency team. For example, one man complained of the acute heart pain, ECG was performed and as a result it was decided that he requires hospitalization”- said Bohdana Pereviznyk. 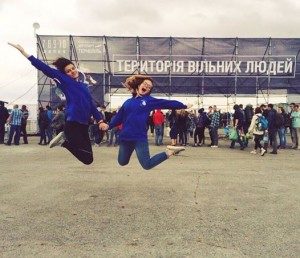 After some rest for our students are looking forward to their next volunteer shift during the festival Bandershtadt. It means that summer of this team is full of interesting events and practical learning.

Students’ registration for selection for participation in XV Ternopil... more»

EUA is very pleased to present the latest edition of its Public... more»