From October 1, 2015 to July 1, 2016 the Head of the Department of General Chemistry of Ternopil State Medical University and Fulbright Scholar Halyna Falfushynska, had been carrying out experimental research in the laboratory of physiology of marine invertebrates of the department of Biology of the University of North Carolina at Charlotte (NC). Initially, Ternopil State Medical University scientist worked on the project titled “Integrated Impact Assessment of hypoxia and nano-pollution on marine mollusks using physiological and molecular markers,” an idea that was conceived during her 2014 research at this laboratory (director – Dr. I. Sokolova) on a project funded by the US civilian research and development Foundation (CRDF Global, USA). In preparation for the most recent trip she agreed with the advisor on the following program of experimental research:

3) determining physiological parameters in oysters under the conditions of hypoxic stress and impact of nano-ZnO.

To obtain these results, she extracted mRNA from gills and mantle tissue of 30 oysters, both in control group and in conditions of hypoxic stress and re-oxigenation using TRIzol method which is relatively cheap and widely used in US university laboratories. The homogeneity of mRNA fraction was monitored by horizontal electrophoresis in 1.5% agarose gel and using spectrophotometer NanoDrop-2000. NanoDrop-2000 was also used to determine the amount of RNA in the sample. DNA was cloning using standard methods and SuperScript kit (Thermo Fisher). Primers were designed using the program PrimerQuest, IDT. Matching primers for target proteins were determined using Blast software.

Working hard, Halyna Falfushynska completed this research in a record time and published its results together with the colleagues from the laboratory of Dr. Sokolova.

After that, together with the head of the laboratory it was decided to expand the program of experimental research and involve H. Falfushynska into two projects funded by Duke Energy (USA) (Cooling pond plants as open laboratories for the study of global climate change) and the National Science Foundation (USA) (Biomineralization processes in marine mollusks and their modulation by environmental factors).

As part of the project Cooling pond plants as open laboratories for the study of global climate change Dr. H. Falfushynska worked to clarify the mechanisms of adaptation of invasive ectotherm mollusks to high temperatures.

The next step was working on the  project Biomineralization processes and their modulation factors of the environment in marine mollusks. Halyna Falfushynska studied involvement hyalocytes and granulocytes in hemolymph and mantle of the oyster Crassostrea gigas in biomineralization. She currently continues being involved in this project and discussions of its development.

During the visit Dr. Falfushynska attended the Fulbright Scholars conference in Seattle which was dedicated to the problem of global climate change, where she listened to presentations, participated in a volunteer action and took part in the round table on the problems of global climate change and its causes in the world (using the example of her home country). The conference has enriched its participants not only in regards with their scientific advancement also social and cultural development.

“The Fulbright program has enriched me as a scholar and mentor. The knowledge and experience I have acquired will be shared with the faculty of Ternopil State Medical University.”

“ I want to thank the Fulbright Foundation, my home university, the host university, primarily my advisor Dr. I. Sokolova for the opportunity to gain valuable experience and improve my professional qualifications. I invite Ternopil State Medical University graduates, doctoral students and faculty to participate in the Foundation’s scholarship programs , “- said Halyna Falfushynska. 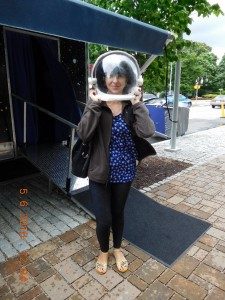 H. Falfushynska on a NASA programs presentation in Raleigh, the capital of North Carolina 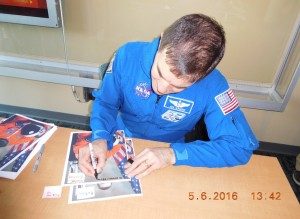 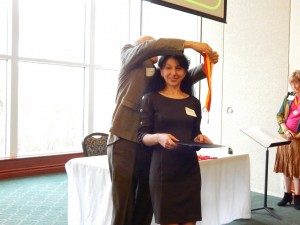 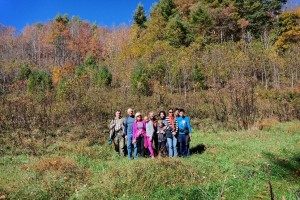 Halyna Falfushynska with the colleagues from the University of North Carolina at Charlotte holidaying in the Appalachians, on 15.10.2015. This day , accordingt o the official NC surveillance  service had the maximum leaf color dislay. 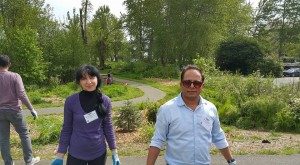 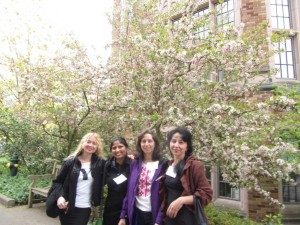