On August 27 a delegation of the Argentine Republic visited TSMU. As a result of this meeting, the Rector of Ternopil State Medical University Professor Mykhylo Korda, the head of the Ukrainian Central Representation in the Argentine Republic, renowned neurosurgeon Dr. Pedro Lylyk and vice president of ICC Ukraine Taras Demkura signed a tripartite cooperation agreement. 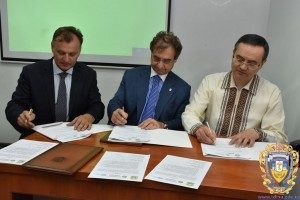 Dr. Pedro Lylyk is an Argentinian neurosurgeon and innovator of Ukrainian origin, the Founder and Director of intravascular surgery and interventional radiology ENERI in Buenos Aires. He was born in a family of Ukrainian immigrants. In 1974 he graduated from the Faculty of Medicine of the University of Buenos Aires. Dr. Lylyk is a member of the World Federation of Interventional and Therapeutic Neuroscience, Latin American Federation of Neurosurgery, the First International Center for Neurovascular Diseases (San Francisco, USA), he is also a Corresponding Member of Neurosurgery Societies in Chile, Mexico, Uruguay and Venezuela. Dr. Lylyk is an Honorary Member of the Argentinian Association of Neurosurgery, founder and former president of the Association of diagnostic and therapeutic neuroradiology of Argentina. He was awarded the Order For Merit of the third degree by the President of Ukraine.  Dr. Lylyk is an author of over 120 publications on neurosurgery; he is a Professor of the Department of Medicine, University of Buenos Aires (Argentina), and at the Universities of San Francisco and Los Angeles (California, USA). 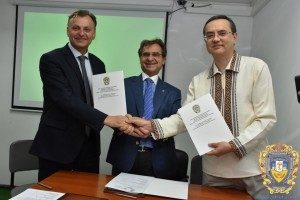 During a meeting with Argentine delegation TSMU Rector, Professor Mykhaylo Korda said that “the university is interested in international collaborations with the scientists form this country. We already have cooperation agreements with over 40 universities in Europe, Canada, USA, Malaysia and a number of Asian countries, but signed an agreement with representatives from the Argentine Republic of only today. We are interested in the student exchanges and internships for our faculty and staff at the medical and research institutions in Argentina. Incidentally, the Ukrainian diaspora there is most numerous and powerful in the world. These people are known for helping our country. We have close links with the diaspora in the US and Canada, always feel their support. And thus we hope for fruitful cooperation with the diaspora in Argentina. ” 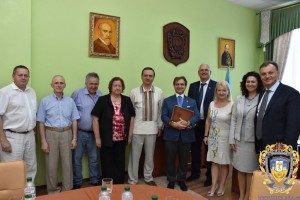 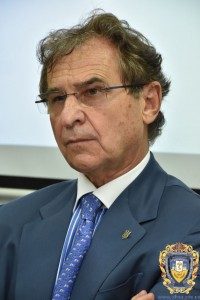 For his part, the Head of the Ukrainian Central Representation in the Argentine Republic Dr. Pedro Lylyk noted that immigrants from Ukraine in Argentina number more than 300 thousand people and they all love their native country and proud to be Ukrainians. “We do not ask what can Ukraine give us, rather we are working on what we can give this country. I will be happy to host students from the Medical University in my clinic and will arrange for their training in other hospitals. My sincere wish is that they gain relevant experience and advance medical industry in Ukraine “, – said Dr. Pedro Lylyk. 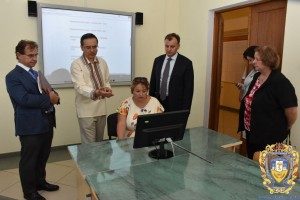 Prof. Mykhaylo Korda has acquainted the guests with the University, its facilities, on-going projects and achievements. 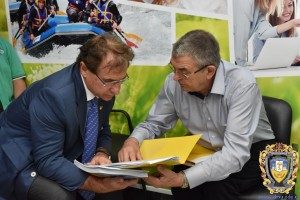 On the day of the visit, the Honored Scientist of Ukraine, laureate of the State Prize in Science and Technology, Professor of Surgery at Ternopil State Medical University Volodymyr Bihuniak presented medical products he has developed, including lyophilized xenodermal implants (specially processed animal skin for treatment of burns and wounds) silicone plasters to prevent and treat scars and lyophilized kerotoxenoimplants.