On August 26 the rector of Ternopil State Medical University Professor Mykhaylo Korda met with a delegation from the Polish city of Elbląg.

During the meeting with Deputy Mayor of Elbląg Janusz Nowak, head of the Department for International Collaboration Zbigniew Szmurlo and director of a city sports club Marek Burkhardt, the parties agreed to develop and implement join projects. Elbląg has been a twinned city with Ternopil for 24 years. The members of the delegation noted that the city has a Humanities and Economics University, which plans to open a medical department. Thus, collaboration with Ternopil State Medical University will foster exchange of knowledge and experience. The guests noted that Ternopil Medical University is well known in Poland. It is attended by many Polish students working to acquire medical education. In addition, the Elbląg delegation brought a proposal to implement a joint project for Ukrainian youth to study the Polish language strengthening friendly relations between our peoples. 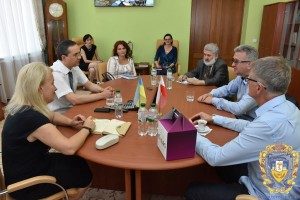 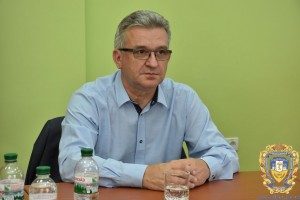 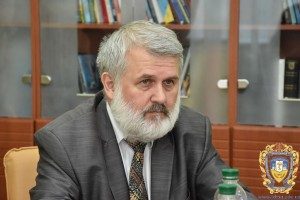 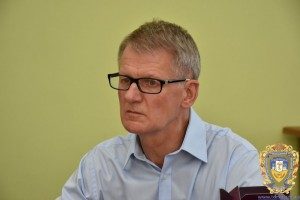 Recently TSMU has signed a cooperation agreement with a Polish company Nu Med which has a branch in Elbląg, thus there is a possibility for developing new tri-partial projects.  Representatives of the city are also  interested in improving medical emergency and first aid services in their region, and this is an area where TSMU can offer significant experience and highly qualified. There are two large hospitals in Elbląg, and after our university signs cooperation agreements with them, TSMU students will have an opportunity to do internships and practical trainings at these clinical sites. 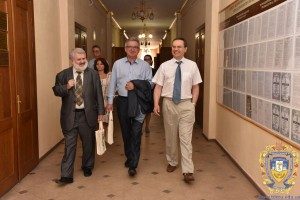 Athletics and sports are very popular in the twin city of Ternopil. TSMU also has a number of students’ athletic teams, and thus the rector of Ternopil State Medical University Mykhaylo Korda proposed to organize inter-university tournaments.

More opportunities for collaboration will be discussed during the planned visit to Elbląg of Ternopil State Medical University delegation, which also sign a formal cooperation agreement.