During TSMU Academic Council meeting which took place on 14 December, rector of Ternopil State Medical University Professor Mykhaylo Korda recognized the best students of the university for their achievements in studies, research, athletics, arts, and charity work. These young people received awards. This is the second time best students are being recognized, first such event took place in late December of last year. 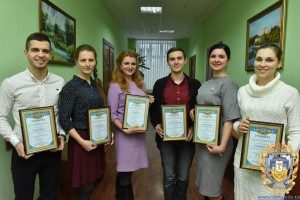 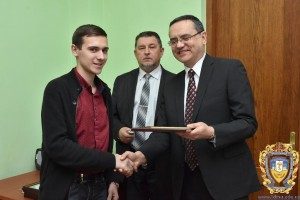 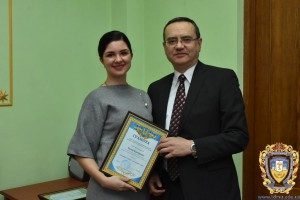 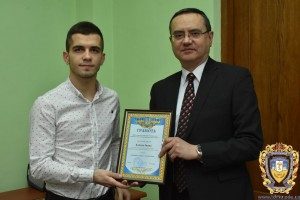 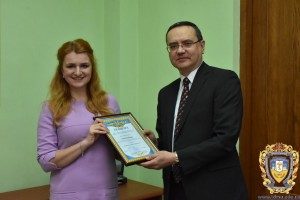 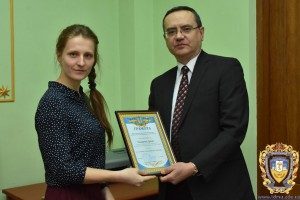 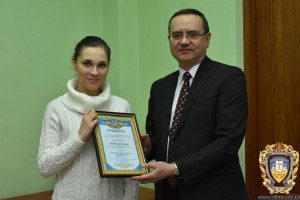 For the last two semesters Victor Mischanchuk showed the best academic results and passed his exams with the highest scores. Katheryna Halei in 2016 took part in international scientific conferences in Wroclaw and Krakow (she took 1st place award in the section “Internal Medicine”), and had a summer observership in Wroclaw Medical University. Ivan Kalka during this year competed in a number of  inter-university, regional and municipal level competitions, and organized an athletic competition in TSMU. Illiana Hoda in 2016 as well as in previous years worked with people from socially disadvantaged groups and Caritas Foundation. Iryna Tokarchuk was involved in defense of east of Ukraine as a member of a volunteer battalion and taught first air response to the military personnel, police and volunteers. Ksenia Oliinyk has won is international vocal competitions and municipal festival-competition “Inspired by the song.”

We wish our students continued success and new achievements, and look forward to hear about their new victories.