In the previous year student of Ternopil State Medical University Donald Odion served as a head of the Association of Nigerian students. During this time he only gained valuable managerial experience, but also organized a series of events, and introduced some innovations. Today Donald is a coordinator of Ukrainian branch of European Medical Students’ Association. 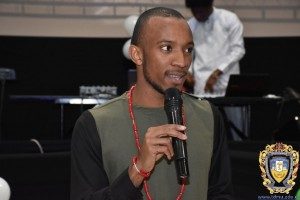 “My city in Nigeria is as small as Ternopil. My twin brother Ronald and I are the youngest of eight children in our family, we are five brothers and three sisters. My brother also studies at Ternopil State Medical University”- said Donald.

Initially, Donald studied at Luhansk Medical University spending there three years. Because of the military conflict there, he had to find another university to continue his education. He considered Vinnytsia and Ivano-Frankivsk universities; however TSMU curriculum, faculty attitudes and their approach to students won him over. Additionally tipping the scales was the fact that some of his relatives study in Ternopil as well. 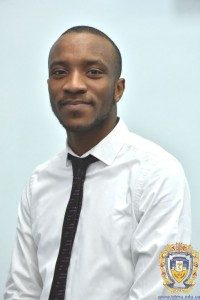 “When I arrived here, I had to learn Ukrainian language, since in Luhansk people mainly spoke Russian. Also I had to get used to the city, teachers, and new classmates. The most difficult was the first semester. However, with time I adjusted and now enjoy studying here. As to my chairing the Association of Nigerian Students, I already had a similar experience in Luhansk. In TSMU I started as a financial officer of the organization while at the same time developing activities of the European Medical Students’ Association. I then decided to run for the leadership position in the association”. 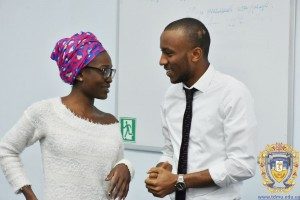 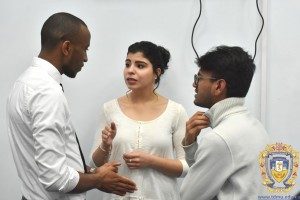 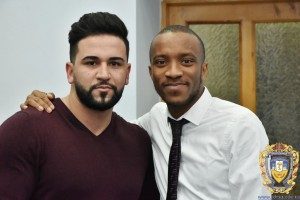 “I would hesitate to say that I was able achieve a lot, because most of my time were still consumed by needing to study and having to run everyday activities of the association. During the year we organized several evening gals, quiz nights, I also personally spoke with many students and helped to solve their problems. There are numerous ethnic groups in Nigeria and people from all of them come to study in Ukraine and Ternopil. For me it was important to bring everyone together and organize inclusive activities. Previously they would usually hold separate events. We took a chance last year to organize a single gala of cultures so that everyone could present their traditions, culinary dishes, etc. It was my idea and it resulted in an interesting evening. We became united as a community, and now interact with each other more” – said Donald. 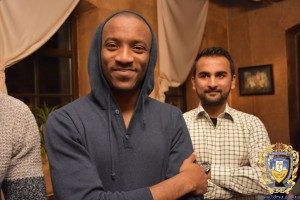 Donald said that being a president of the Association was a big responsibility. However, this was an interesting and valuable experience that he will need later in life. The ability to listen to everyone, to organize others as well as himself are all very important skill.

Speaking about European Medical Students’ Association, Donald said that it’s a team of colleagues working to implement shared goals and ideas, organize events, and conduct research. “We it in Ternopil with five students, one of them has already graduated. First of all we contacted head office in Belgium. To become members of the association we had to develop a work plan for the year ahead. After paying the membership fee and presenting our work plan our team became members of the European association. Last year, Ternopil branch was recognized as the most successful among the eight organizations in Ukraine.

“There are now 40 members and we are holding an invitation campaign, so soon we’ll have more. I started my work in EMSA as a regional coordinator, then became head of department and now a coordinator of the organization in Ukraine”, – said Donald.

The main activities of the organization involve research, HR, and other project activities.

(Read more about EMSA activities in our University here).