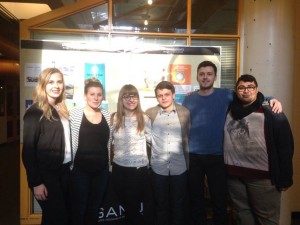 “We were able to learn about student government at McEwan University thanks to the invitation of its president, Dr. David Atkinson. On this visit with me were two other students from Ukrainian partner universities: Zaryna Halimon (student of the National University “Kyiv-Mohyla Academy”) and Mykhailo Shalemba (student of Ukrainian Catholic University). 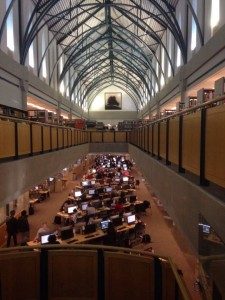 He added that visits like this one play an important role in expanding one’s horizons and gaining new experiences. 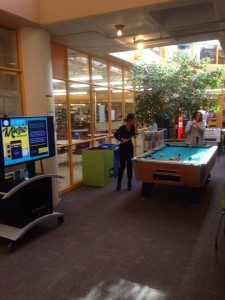 “Students come up with new projects, suggest ideas and coordinate. But much of the implementation is done by professionals employed by the student government. Thus, ours and their governments face very different problems in their work. Particularly interesting for me was the interaction of student organizations with authorities. We had the opportunity to talk with Alberta Minister of Education and with a city council deputy. In Canada, student opinion is respected. Accordingly, young people have a real opportunity to lobby for their interests. Their ideas can become a basis for new laws. For example, these days the students are lobbying for paid internships. They have shown that paid interns are more efficient than unpaid ones. Incidentally, SAMU (Student’s Association of McEwan University) is a very influential organization in in city, not to mention the university, “- shared his impressions Taras Moroz.

He noted that we can borrow experience of implementing several Canadian projects, for instance one addressing mental health. This project offers psychological assistance to students, and involves student volunteers and professional psychologists. They help students who have psychological problems. Taras Moroz noted that in Canada good mental health receives much attention.

He said that he will continue to work with TSMU’s Student Council. Earlier this year, the council elected new board.

Financial assistance for the visit was provided by McEwan University and Ukrainian diaspora organizations in Canada.