On March 3, 2017 head of the Ministry of Health of Ukraine Uliana Suprun came to Ternopil State Medical University for a working visit. 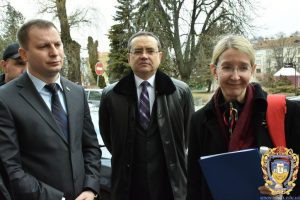 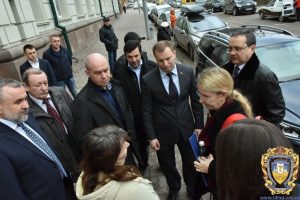 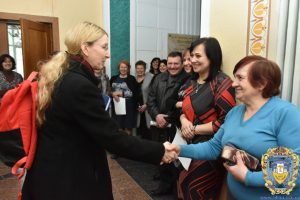 They discussed the proposal of healthcare reforms planned for the next three years as well as questions of improvements in the quality of health services, and training of qualified medical staff, doctors and nurses. Dr. Korda briefed Uliana Suprun on the main achievements of the university. 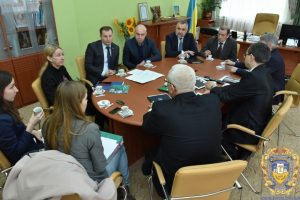 In the assembly hall of the university Dr. Suprun met with Ternopil family doctors. Main focus of the meeting was key changes in the health system. One of the most urgent needs, said the Minister, is to change the way system is financed, so that each citizen gets guaranteed access to health care. Based on the recommendations of the public and outside experts, the state aims to change its approach to health care financing. The concept plan of reforms in the healthcare industry for 2016-2018 introduces payment mechanism for medical services based on the principle of “money follows the patient”. Each citizen of Ukraine will have their family doctor, with whom they will sign an agreement. The family doctor’s wages will directly depend on the number of patients with whom he or she signed the agreement. The doctor will also decide whether he or she will operate as an individual entrepreneur or as a hospital or clinic employee. The infrastructure will be responsibility of the local authorities and the state will pay doctors for the services they provide to the patients. The Minister of Health noted that the reforms of medical field started this year with primary care. Next year, the changes will affect the secondary and then tertiary level. 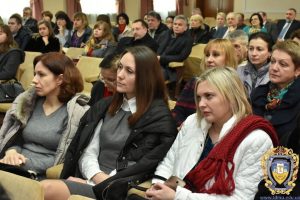 Uliana Suprun also noted that the reform of healthcare industry will introduce a system of reimbursement of medicines in three areas: cardiovascular, type 2 diabetes and asthma. To get a refund for the drugs, patients will ask their family doctor for a prescription, and then bring it to the pharmacy.

The Minister said that along with implementation of primary care reforms, the Ministry also focuses on emergency medical care. It is important for the population to understand the difference between urgent and routine care, and not call for ambulance to address, for example, high temperature due to vaccination. To explain all of this to the patient is responsibility of their family doctor. Dr. Suprun added that a special call center is being created to help doctors. Doctors working on the phone will consult patients on whether to call for emergency assistance. 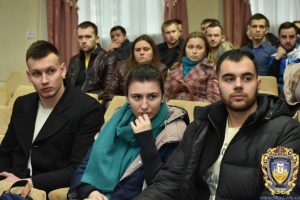 Another issue important brought up during the meeting with family doctors was vaccination. Dr. Suprun emphasized that it is important to explain to parents the value and importance of vaccination as the only way to protect children from dangerous diseases. Ukraine has one of the lowest levels of scheduled vaccination in the world. Vaccine purchased through the Ministry of Health are the same used in France, Britain, the United States and Canada and are safe, said Uliana Suprun. 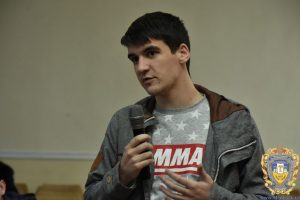 During her visit to Ternopil State Medical University Uliana Suprun also met with senior students of the Medical Faculty. The conversation was centered on two important issues: medical education and medicine in general. 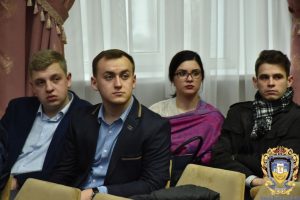 Uliana Suprun used her own example to tell students about medical education in the United States, which for the Minister consisted of 4 years of undergraduate biology, 4 years of medical school and 4 years of residency. Today the Ministry works to introduce residency for medical interns. Dr. Suprun also raised the issues of English language proficiency,  reforms in medical internship, the creation of university hospitals, improvement of test databases for licensing exams, which ideally should not only test the knowledge, but direct future specialization. In this context, the Minister said a system is being developed to ensure equal access to competitive narrow specializations, which would depend only on student achievements and preferences.

The Minister also talked with the students about healthcare reforms. In particular, Dr. Suprun said that current system of allocating funds by the Ministry of Health is not effective, since the doctors are paid for their position, not the number of patients or professionalism. She expressed hope that improved system will already be operational when those present in the hall graduate and assured the audience that the reforms will allow family doctors to get a salary on average 3-4 times higher than today.

The second part of the meeting was a Q and A. Students asked questions on various issues, from a comparison of American and Ukrainian licensing exams, to features of work as a doctor in Ukraine and the USA. Dr. Suprun gave more a detailed answer about developing a system of continuous education, which would compel the physician to engage in postgraduate training throughout their professional life. Asked about the allowing equal access of graduates to vacant positions in hospitals, Dr. Suprun told about ongoing development of an Internet platform for the hospitals to post jobs vacancies. The meeting concluded with Dr. Suprun thanking the students for their questions and wishing them professional success.