Holi, or the festival of colors is a popular Hindu celebration in India. It is also celebrated in Nepal, Bangladesh, Pakistan, Sri Lanka and other countries with the Indian diaspora. Holi celebrations survived from the ancient times to our days in their original form. Recent studies suggest that Holi Festival has a history going back for two thousand years. 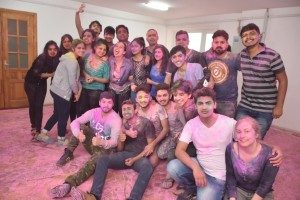 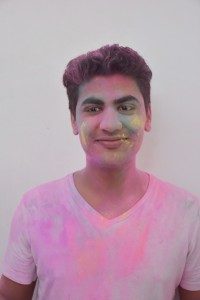 “This is a festival of colors, happiness and love. It symbolizes the victory of good over evil, the arrival of spring and end of winter. This year we all gathered together to celebrate Holi in Ternopil. We showered each other with colors and greeted everyone with the words «Happy Holi». And in the evening we dressed in festive clothes and had a dinner together. These celebrations provide an opportunity to experience unity with each other, to appreciate our culture and be a part of it thousands of miles away from home. The students from India and Indians around the world wish everyone happy Holi. We would also like to thank  the University Administration for their support and assistance “, – said the president of the Association of Indian students Arshbeer Sandhu. 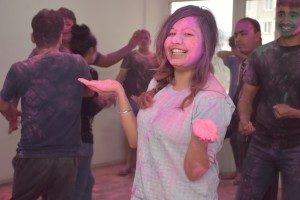 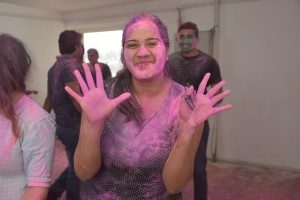 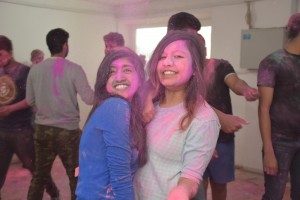 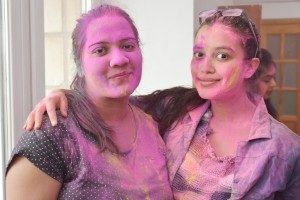 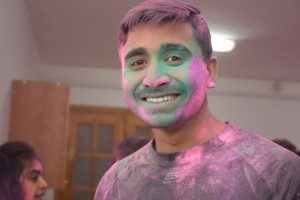 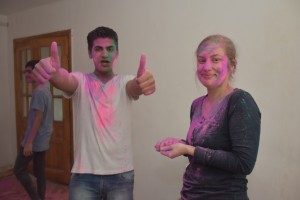 Usually, the holiday lasts for several days, however the dates when the entire India becomes a colorful rainbow change every year. In addition to religious background, this holiday is believed to have a practical aspect: spring is known for frequent colds, so being sprinkled with powdered medicinal herbs can prevent disease. 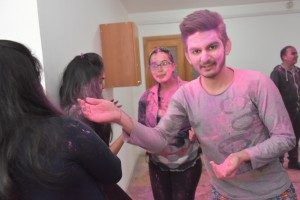 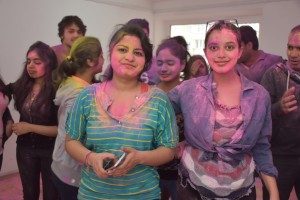 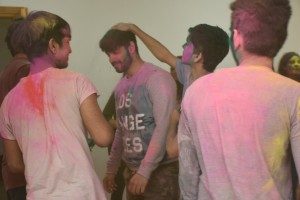 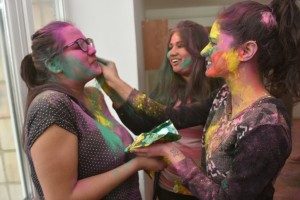 It is thought that being smeared with colors will bring about happiness. Lots of colors on one’s clothes mean means that this person has received especially plentiful good wishes. Holi is the only time of year when children are allowed to run wild.  Everything is colored: pets, houses, cars, people …  In the sun the bright dust in the air shimmers. Normally, Indian society has very strict social structure, but on Holi it is allowed to smear color on  suit of a government official or push a Brahmin scholar into a puddle. 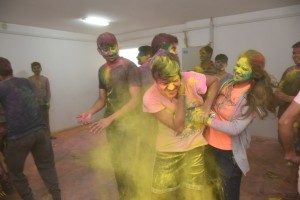 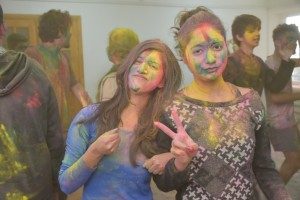 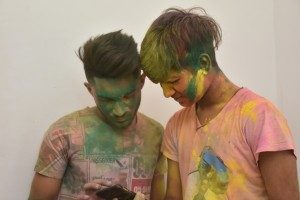 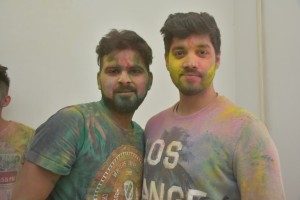 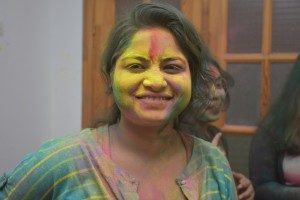 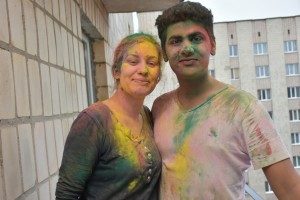 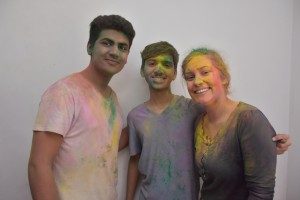 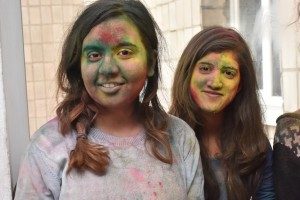 The Festival of Colors is celebrated in honor of Krishna and his interaction with the faithful. This is one of the few festivals in India, when people do not try to wear their best outfit, but rather dress in modest and simple attire, since it is likely to end up being covered in color. 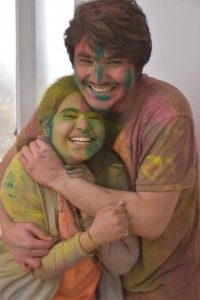 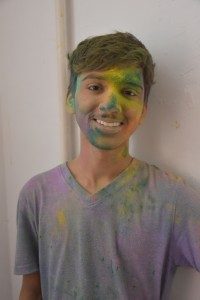 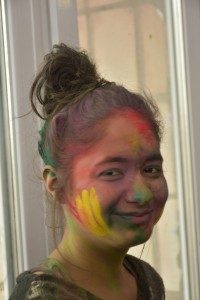 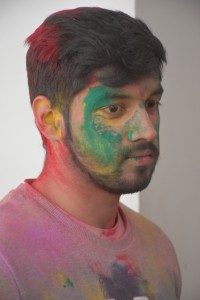