For the second consecutive year TSMU joins the world-wide activities to observe World Primary Immunodeficiency Week. This year, the events were supported by the NGO “Rare immune diseases”, association of pediatricians of Ternopil region and joined by leading Ukrainian immunologists.

Later this day, Ternopil Regional Clinical Hospital hosted a meeting for primary care physicians of Ternopil region, secondary and tertiary levels of care specialists together with scientists, experts in the field of pediatric immunology and experts of the Health Department of Ternopil Regional State Administration and representatives of patient organizations. The meeting was aimed at improving the knowledge of diagnosis and treatment of primary immunodeficiency (PID) and drawing attention to the issues faced by patients with immune disorders.

The meeting was opened by the expert of Ternopil Regional State Administration Health Department Maia Holiak, who introduced the problem of orphan diseases in Ternopil region. It is estimated that 70 to 80% of primary immunodeficiencies remain undiagnosed. 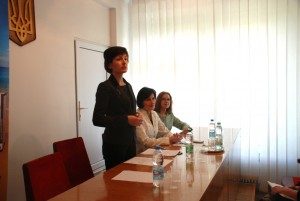 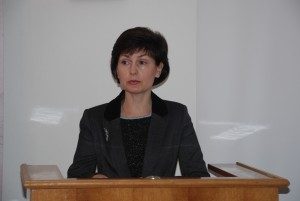 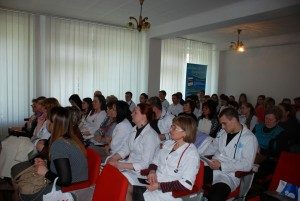 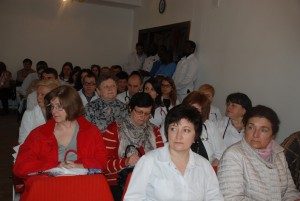 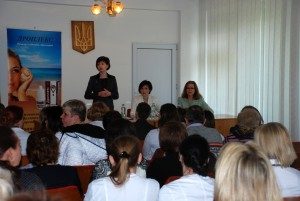 Professor Oksana Boyarchuk told the audience about a large group of PID diseases encountered by first contact doctors, such as recurrent fever in children, that might not be perceived as pathology of the immune system. 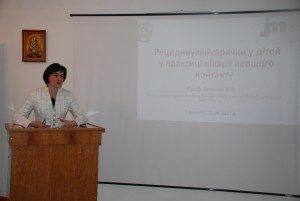 Associate Professor Tetiana Kovalchuk presented case studies and the use of complex diagnostic guidelines. Associate Professor Maria Kinash spoke about diseases caused by the breakdown of DNA repair, such as Nijmegen syndrome and ataxia-telangiectasia syndrome. Student Victor Mischanchuk presented a clinical case of ataxia telangiectasia. Notably, his presentation was added to the meeting after his excellent talk at XXI International Medical Congress of Students and Young Scientists. 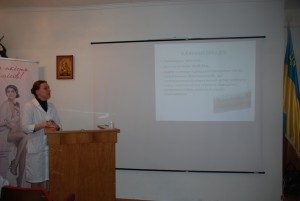 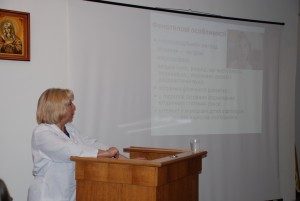 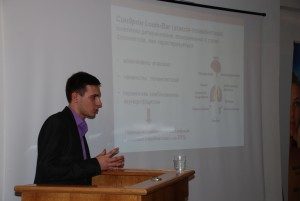 “Primary immunodeficiency (as opposed to secondary) is caused by genetic disorders, and can manifest early in life as well as in adulthuud. Each patient with undiagnosed PID costs the healthcare system on average $ 102,736 per year. A patient diagnosed with PID costs the health care system on average $ 22,696 a year, meaning the economic impact the diagnostics is $ 80,040 per year “- noted Associate Professor Liubov Volianska. 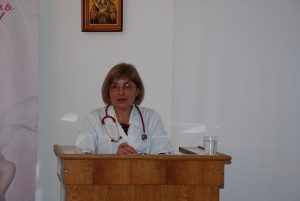 Professor Oksana Boyarchuk briefed the participants about the possibilities of laboratory tests for PID at Ternopil State Medical University, which was made possible by a grant from Jeffrey Modell Foundation. Today the laboratory facility can determine subpopulations of lymphocytes and phagocytic activity of neutrophils (burst test) using flow cytometry and determine immunoglobulin A, M, G and immunoglobulin G subclasses using ELISA.

Representatives of patient organizations also gave reports. Maria Holubkova spoke about hereditary angioedema. It took 40 years for her family to find out the correct diagnosis. Her father has had the disease for more than 40 years and Maria herself for about 20 years. It was only last year that the diagnosis of hereditary angioedema was suspected and confirmed. The disease is a PID caused by disruption of the complement system. About 50 of these patients are recorded in Ukraine even though according to the world incidence there should be several thousands. 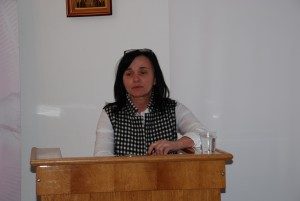 Deputy Director of the NGO “Rare immune diseases” Oksana Strielnykova noted that in addition to the low awareness about rare immunodeficiency in our country, there is a problem of medicines provision by the state. Not all patients are supplied with necessary medicines, especially those over 18 years of ages, who then have to rely on help by volunteers and parents. This causes interrupted replacement therapy, leading to significant complications of the disease.

Oksana Strielnykova has presented a letter of appreciation from the NGO “Rare immune disease” to Professor Oksana Boyarchuk for her active social work and organization of meetings and roundtables. 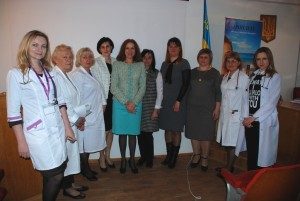 During the next days of the week, students and lecturers of the department of Children’s diseases and Pediatric Surgery visited the outpatient department of Ternopil municipal children’s hospital, talking to doctors, patients and their parents about the warning signs of primary immunodeficiencies. 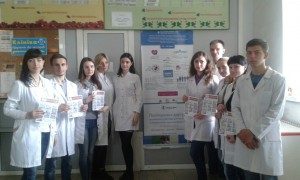 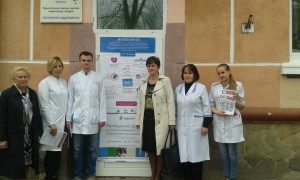 5th year students of the Medical Faculty, together with Associate Professor Irina Sagal raise awareness of patients and their parents about primary immunodeficiencies. 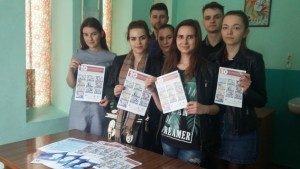 3rd year students of the Medical Faculty distribute publications about the symptoms of primary immunodeficiencies.