The anniversary of Ternopil State Medical University was an occasion for the visit of delegation from MacEwan University, Canada. This University has been TSMU’s partner school for the last three years. Visiting Ternopil were MacEwan’s president professor David W. Atkinson, Director of the Ukrainian Resource and Development Center Yuri Konkin, and Simulation center Manager, Consultant for development of simulation training Colette Foisy-Doll, RN, MSN, CHSE. 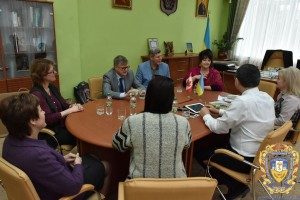 The guests met with Ternopil State Medical University rector Professor Mykhaylo Korda. During the meeting the sides discussed prospects of international cooperation between the two universities, implementation of joint academic projects, and research in the fields of theoretical and practical medicine and medical education. 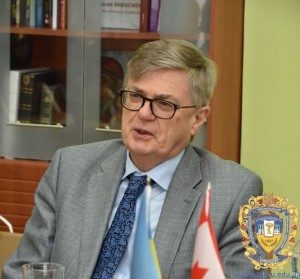 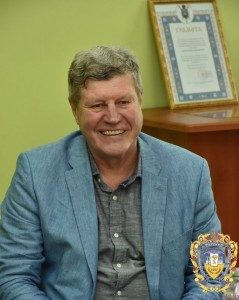 The president of MacEwan University gave a lecture to teachers and students of Ternopil State Medical University, and met with university students. 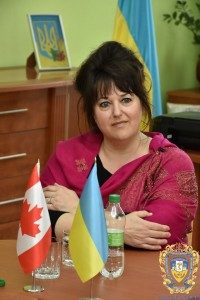 Meanwhile, Colette Foisy-Doll worked in Ternopil State Medical University starting May 21st to share experience and train staff. She gave lectures and conducted a series of workshops for the faculty of Institute of Nursing.

Canadian partners also took part in the celebrations to mark the 60th anniversary of TSMU, during which Dr. Atkinson was awarded a diploma and gown of TSMU Honorary Professor.