Ternopil State Medical University was recently awarded the highest distinction of the National Academy of Medical Sciences of Ukraine during the 60th anniversary celebrations. On behalf of NAMS, its president Vitaliy Tsymbaliuk presented the NAMS Medal for outstanding contribution to the development of higher medical education and public health care, training of qualified medical, teaching and research staff. 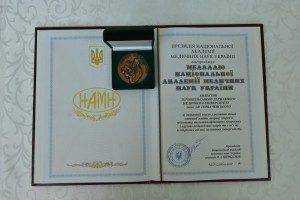 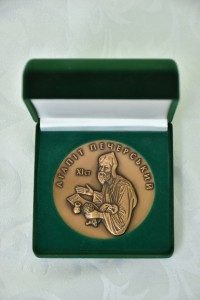 In addition, current rector of Ternopil State Medical University Professor Mykhaylo Korda and the rector in 1981-1997, corresponding member of NAMS, Professor Ivan Smiian received the medals of Honor of the Academy of Medical Sciences of Ukraine. 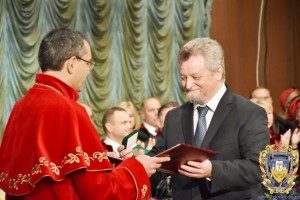 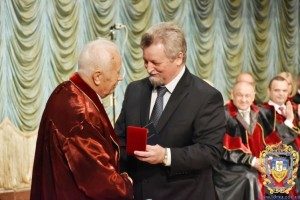 The medals feature Agapetus of the Kyiv Caves, an Orthodox Christian monk, doctor and later saint, who was selected by the National Academy of Medical Sciences as its patron. This Kyiv Pechersk Lavra monk lived in the second half of XI century. He is known for providing free medical care to the poor. It is said that he has cured one of the Kyiv princes, Volodymyr Monomakh. 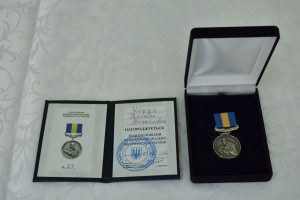