Each year TSMU students organize and participate in events dedicated to tobacco control.

On May 31 of this year our students together with representatives of the regional Health Center and Red Cross Society volunteer corps (many of whom are also TSMU students) gathered together by Ivan Franko monument  in Ternopil to urge passersby to quit the harmful habit of smoking. They reminded city residents that use of tobacco is a major public health problem in the whole Europe. The young people emphasized that smoking causes about 700,000 deaths each year. 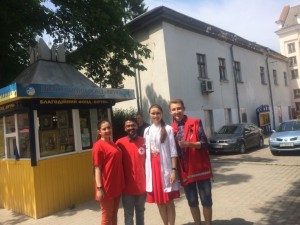 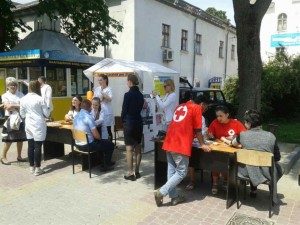 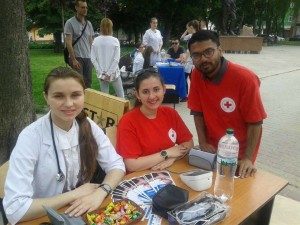 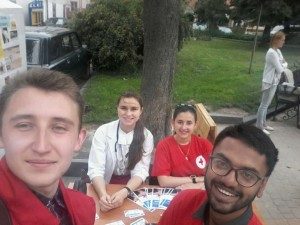 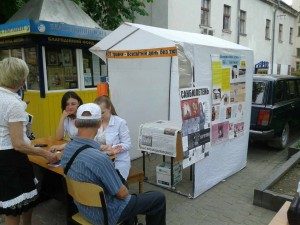 Student-volunteers also measured blood pressure and offered everyone candy, since psychologists often recommend to replace the use of tobacco with other treats evoking positive emotions. 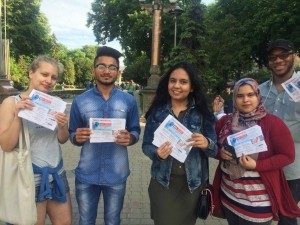 On the same day, our students – members of Ternopil branch of European Medical Students Association, organized a campaign aimed to combat smoking. Overseas students spoke about hazards of this habit and distributed information materials.

It is a testament to the dedication of our doctors-in-training that they found time during the busy term exams period  for volunteer work and raising awareness about issues affecting health among the public.