Professor Arsen Hudyma, Head of TSMU Department of Disaster and Military Medicine, visited an international exhibition of simulation and simulation medicine which took place at the Centre Universitaire des Saints-Pères in Paris. The event was organized by the Society in Europe for Simulation Applied to Medicine . 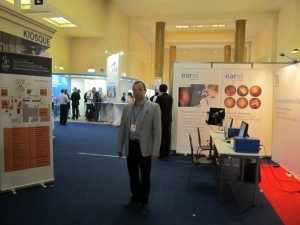 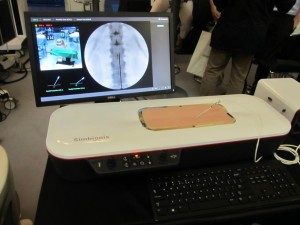 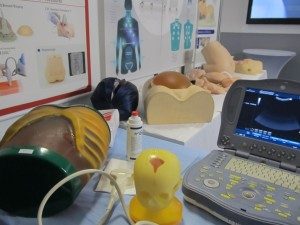 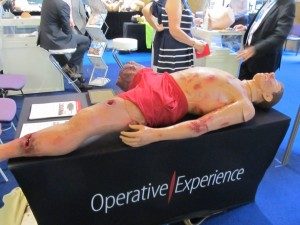 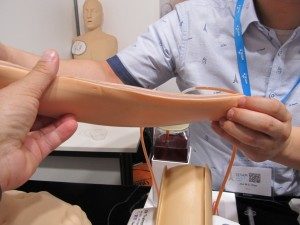 The event’s exhibition featured well-known manufacturers of equipment for simulation. Among the product displays was a stand with equipment for laparoscopic procedures, featuring high degree of visualization, which would help students to master practical skills. 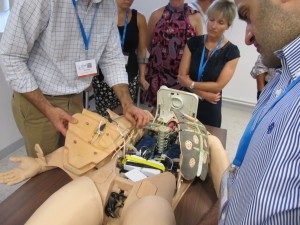 Another display presented was a line of dummies for training to assist during childbirth and newborns resuscitation. The mannequins were so realistic, it would be difficult to tell apart the mannequin from a newborn baby by touch or even visually. Other displays featured equipement for cardiopulmonary resuscitation, and invasive technologies for the treatment of myocardial infarction (orthocoronarography and stenting). Some of the displayed dummies were designed to practice medicinal actions in real time. “For example, a dummy for practicing palpation of the organs of abdominal cavity had a loudspeaker transmitting patient’s reaction to a particular procedure. A display was dedicated to injuries, in particular combat ones. I found interesting a line of auxiliary products allowing to simulate certain elements of an accident and its surroundings. It helps to recreate a real situation. The students can  assess the degree of their own security, the impact of other factors on the state and well-being of the victim “, – said Arsen Hudyma. 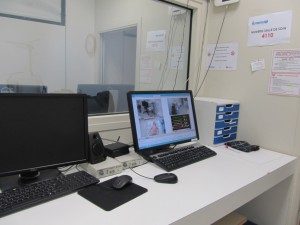 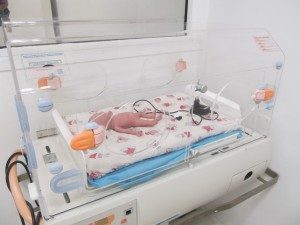 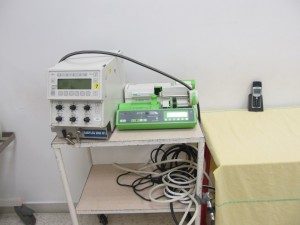 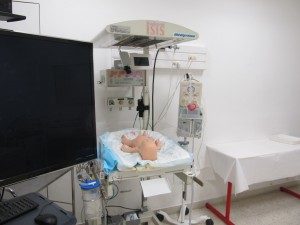 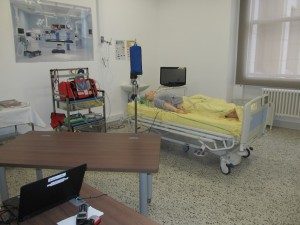 TSMU professor also visited Simulator Training Center of the University of Paris, which has a traditional setup: each simulation unit consists of two rooms, one of which is a resuscitation room with the necessary equipment and instruments, and another, separated by a semitransparent accommodates a teacher managing the students’ work in real time. Additionally, the procedures are recorded on video. Overall layout of the cented visited by Dr. Hudyma, is similar to the Simulationa Center at TSMU. 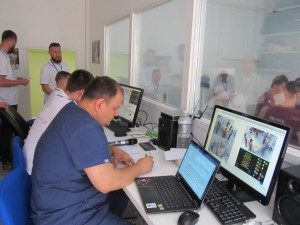 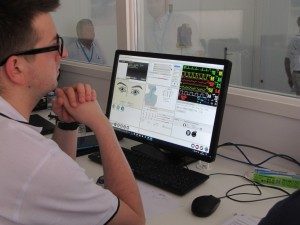 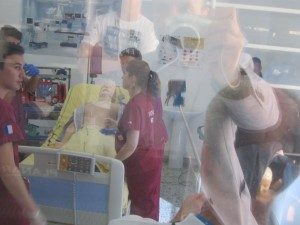 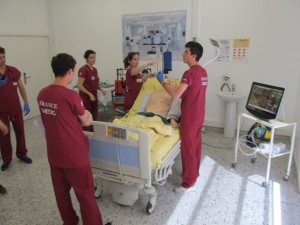 “I had the opportunity to watch the student teams of Lublin, Poland and France. I would like to say that our students that already have experience of international competitions, have a comparable level of training and would represent our university at such competitions well. In fall we plan to organize a student championship Ternopil Olympics 2017 and already invited student teams from Ukraine and partner universities: from Kazakhstan, University of Lublin, and Kaunas University of Medicine.