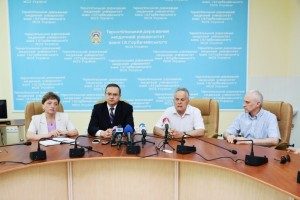 Ternopil Region is an endemic area for borreliosis, meaning that this disease is maintained in a population without the need for external inputs.

“Today the situation with this disease in our region, in western Ukraine and other forested areas has reached critical levels. Lyme disease is transmitted by ticks. Our university undertook a mission to study the epidemiology of the disease, its biological mechanisms, steps to improve its prevention, treatment and methods of patient rehabilitation. We already examined forestry workers and servicemen in part of our region. We continue to examine foresters in other areas, “- said Mykhaylo Korda.

He added that since 2015 TSMU participates in a  joint Ukrainian-Polish project on borreliosis. One of the main directions of cooperation in this project is to carry out clinical and laboratory tests for the presence of bacteria causing Lyme disease in forestry workers. It has been revealed that 43% of foresters in our region carry Borrelia antibodies, indicating infection at some point of their fives.

Another project looks for the presence of infectious agents, including Borrelia, in ticks.

TSMU collaborated with laboratories IGeneX Inc. and ID-FISH Technology (Palo Alto, USA), with received blood serum samples of more than 300 inhabitants of our region. American experts confirmed the results of tests carried out by our scientists.

The University received state funding for 2017-2019 to expand research of Lyme borreliosis to other endemic regions of Ukraine, including Ternopil, Zhytomyr, Zakarpattia, Rivne, Volyn and Sumy regions. 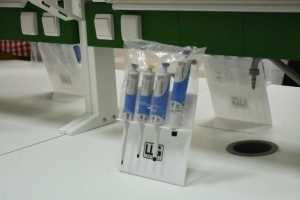 Recent studies show high incidence of the disease among high-risk groups. For instance,  the antibodies to borrelia were detected in 58% of examined  Zhytomyr region forestry workers and almost 50% of Ternopil military personnel.

The study of ticks collected from people found in 25% of them DNA of Borrelia burgdorferi s. l. (the causative agent of Lyme borreliosis), 18% – DNA of Anaplasma phagocytophilum (can cause anaplasmosis), 10-12% had DNA of Borrelia miyamotoi. All three pathogens were detected in ticks from different districts across the region. In addition, there were ticks infected with 2-3 pathogens at the same time.

“Today TSMU studies all stages of Lyme disease. We use enzyme-linked immunosorbent assay to detect antibodies to Borrelia in human blood serum. To detect antibodies to specific antigens of the Borrelia burgdorferi s. l. complex and confirm Lyme disease, we do Western blot analysis. Using PCR, we can determine the presence of a particular type of pathogens directly in the ticks”, – added Mykhaylo Korda.

One of the main components of the Borreliosis research center is a molecular laboratory, fully equipped to study ticks and serum for the presence of pathogens. Vice-Rector for Research, Professor Ivan Klisch said that all necessary lab equipment has already been installed, and the lab employs trained specialists. 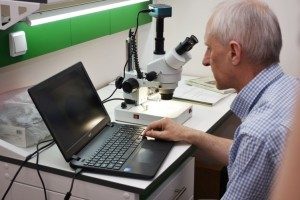 People often do not notice tick bites, or do pay much attention to them. Lyme disease may not manifest for years, but in 10-15 years it may affect the central nervous system, joints, cardiovascular system, and may result in death.

Maria Shkilna, assistant professor of the department of infectious diseases, told that the initial symptoms include elevated temperature, enlarged lymph nodes, and stomachache. A manifestation of acute Lyme disease is skin inflammation at the bite site (the so-called “migratory erythema”). Long-term symptoms, which can manifest as late as in ten years, are disorders of the musculoskeletal system, cardiovascular system, skin, and chronic fatigue. 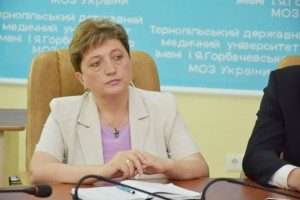 “Often doctors cannot determine the cause of these symptoms, and, consequently, don’t prescribe correct treatment. Thus, it is important, if bitten by a tick, instead of trying to immediately extract it, consult a doctor, then bring the tick to us for diagnosis. In our laboratory, we will study the ticks for diseases such as Lyme borreliosis, anaplasmosis, erlichiosis and fever borelliosis “, said Maria Shkilna.