The XXVII Autumn Assembly of the European Medical Student Association began its work on 2 September 2017, in the capital of Hungary, Budapest. Participating in the event are representatives of the branches of this non-governmental organization from almost all European countries. For almost a week the young people will be discussing pressing issues of medicine and human rights protection. The Ukrainian delegation includes Ternopil State Medical University students: Parth Sabya Sachi, Daniel Okechukwu and Frank Omerekpe. 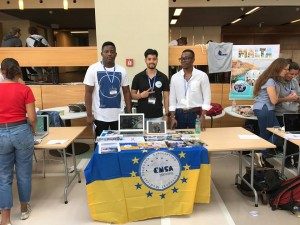 The main theme of the event is Antimicrobial Resistance, the problem which is becoming ever more relevant worldwide. To draw attention of the medical students to this issue,  a number of seminars, workshops, and discussions are being scheduled during Assembly. 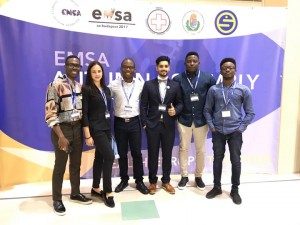 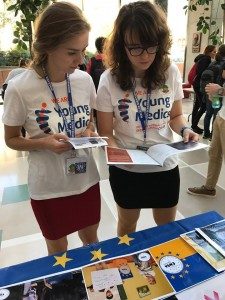 “Program of the Assembly is so packed we hadn’t even have time to do sightseeing in Budapest. But it is very good, since it’s an opportunity to establish new contacts, and discuss possible projects. During the event, we presented our activities at TSMU. Almost everyone was impressed with how much we have managed to do in two years. Our Spark magazine also received many positive. Representatives from Germany and Poland expressed interest in coming to Ternopil to implement join projects. We had a deep conversations with the members of EMSA Scotland suggested that they could organize an exchange visit for our students. We are very pleased that we were able to present our University and Ternopil at such a prestigious event, ” said Parth Sabya Sachi. 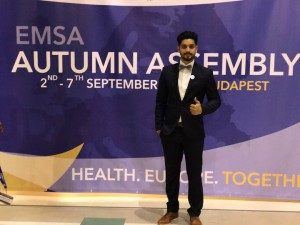