The directorate of the charity fund “Humanitarian aid in Bielefeld” presented Ternopil State Medical University on the occasion of its 60th anniversary with an ambulance vehicle fitted with modern equipment. In its 24 years of cooperation with Ukrainian public organizations and medical institutions the German fund has delivered 45 ambulance vehicles to our country. Now TSMU has its own specialized vehicle, which will be used in the study process to improve skills of doctors-in-training. The idea of such donation was first discussed in conversation between fund representatives and vice-rector for teaching and clinical work, Professor Stepan Zaporozhan. 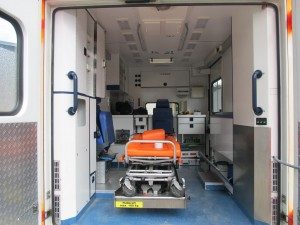 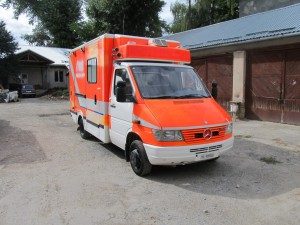 Head of the Department of Disaster and Military Medicine Professor Arsen Hudyma notes that our university pioneered a course of urgent medical care in September 2007, and it was, in part, created because a good performance of our students in European Emergency Team Championships, where they ranked  12th out of 40 professional teams, demonstrated the need for such discipline. In 2013 the course was introduced into all medical universities of Ukraine. “Realistically, for 7 years we were ahead of all other universities. Since then, we held several scientific and practical conferences and involved experts from other universities in the development of a national course. 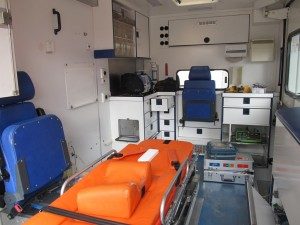 Emergency training involves learning how to administer medical care at the scene using the ambulance and its equipment. Thus, having a fully equipped vehicle will improve student training outcomes. “The vehicle will be housed in a special building on the premises of TSMU simulation training center on 3 Chekhova. Students will use the donated  ambulance to work on different emergency scenarios” – said Professor Hudyma. 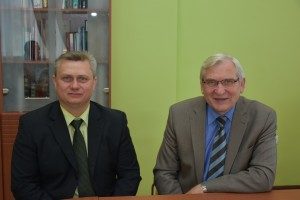 The Fund Humanitarian Aid in Bielefeld began its work in 1993 after a tragic event that involved a Ukrainian family. “We had the opportunity to help a mom and her daughter, and so we got to know each other. After that we started our cooperation with Ternopil and Ukraine in general. We want to help Ukrainians who are hard-working and hospitable people. In historical terms, the country is only being established. God gave us the opportunity to help you with what we can. We do it with joy and faith in the fact that our activities are beneficial. So, since 1993 we have been helpinf social institutions, hospitals, and the elderly in Ternopil region. We also have close contacts with Ternopil State Medical University, and on the occasion of the anniversary we decided to present an ambulance. We believe that students will use it to study and become great doctors. They will be able to save health and lives of many people. This is our investment in the future, “said chairman of the fund Piter Rieger.