Week at TSMU Library. The main goal of this public initiative is to allow Ukrainian students and residents of Ternopil to learn Hindi directly from the speakers of this language, Indian students. Both Hindi and Ukrainian belong to the same group of languages, and stem from a common ancestral language, Proto-Indo-European. Even now, millennia after these daughter languages branched off, Ukrainian and Hindi have many words that sound alike. Thus, anyone wanting to explore the similarity of the two languages ​​and enrich their worldview, can sign up for the new school. 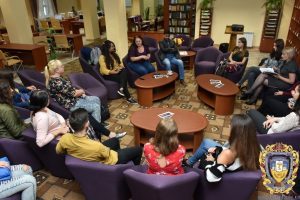 A third-year TSMU student Varsha Kashyap spoke about Hindi. Today, it is among the most popular languages ​​of the world, and it is native for 40% of India citizens. At the same time, Hindi is widespread in Pakistan, Indonesia, Nepal and even in the Caribbean. There are 13 languages ​​spoken by more than 100 million people in the world has, including Chinese, English, Hindi, Spanish, Russian, Arabic, Bengali, Portuguese, Malay, Indonesian, French, Japanese, German, and Urdu. Varsha, together with her fellow student Subham Bharti presented facts about Sanskrit, Hindi and the similarity of these languages ​​to Ukrainian. 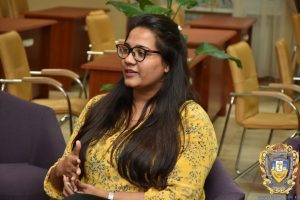 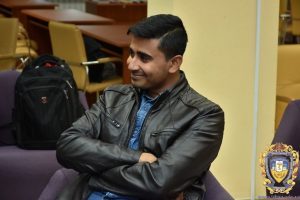 Janina Chaykivska, organizer of the School, added it will also allow international students learn conversational Ukrainian. This, in turn, will facilitate their integration into Ukrainian society and offer them an opportunity to learn more about our traditions, find a common ground with Ukrainian students. The new Conversation School will be a part of the Ukrainian-Indian Friendship Club Sanskrit. 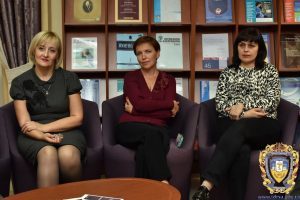 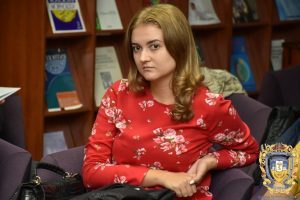 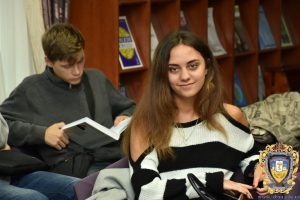 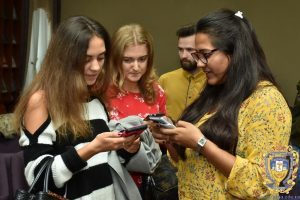 In addition to TSMU students, the Conversation School also welcoms students from other Ternopil universities. Present at the launch of the School were students of the Languages Department of Ternopil National Pedagogical University and their mentor Halyna Synorub. They too emphasized their desire to strengthen the Indian-Ukrainian friendship through the development of cultural diplomacy.