Acting Minister of Health of Ukraine Ulyana Suprun on December 26, 2017 visited Ternopil region to take part in the opening of the polytrauma center in our city. According to the high-ranking official, there is no similar department in any medical institution of Ukraine. The polytrauma center works in Ternopil University Hospital . It has state-of-the-art equipment, and employs well qualified specialists. 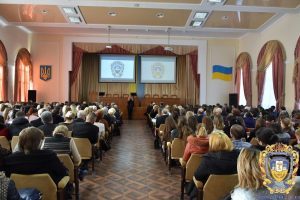 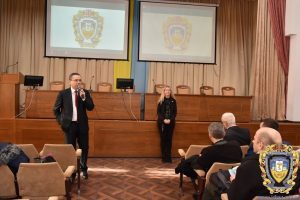 As part of her visit, the Acting Minister of Health gave teachers and students of Ternopil State Medical University a lecture “When Every Second is Important – An Emergency Medical Care System”.

In the beginning of the meeting TSMU rector Professor Mykhaylo Korda introduced medical reform in Ukraine and a recently adopted series of laws. According to Dr. Korda, in recent years more attention is being paid to the development of the medical sector at the national level. Recently, 120 million hryvnias were invested in the practical health care in Ternopil region. Dr. Korda added that soon our region will inaugurate a cardiology center for performing complex heart operations enabling to save many lives. “In order to develop the center, Ternopil State Medical University invited a leading cardiac surgeon, a professor from Odessa, to lead this direction,” said TSMU rector. 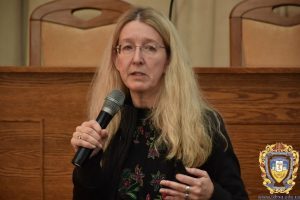 Ulyana Suprun noted that it is not her first visit to TSMU to talk to its teachers and students. In her opinion, the specialists saving lives and caring for the health of citizens are the most valuable resource in medical sphere today. 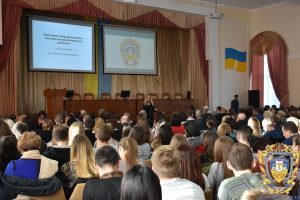 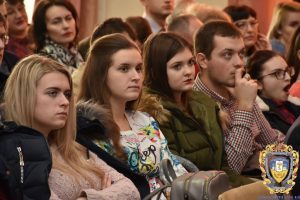 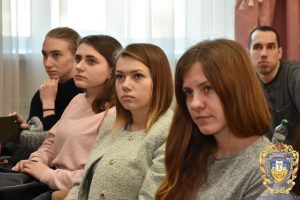 “Today’s students will be those helping in the future to the elderly and all Ukrainians. Medicine is not only buildings and equipment, it is, first and foremost, the professionals. Of course, it would be easier and more efficient to work in better conditions. However, even before the patient reaches the hospital, there is a very important link which involves, in particular, pre-hospital care. Unfortunately, in our country, this stage is far from being the optimal. In most countries of the world, 75% of people are delivered to the hospital alive, and only 25% of sufferers die at the pre-hospital stage. In Ukraine, these figures are the opposite: 75% of people die at the hospital stage. Every second is important because it increases the likelihood of survival. The fundamental principles of the value of human life were laid down during the Revolution of Dignity, and one of the criteria of the country’s development is the level of its medicine. This reflects the attitude of the state towards people. Accordingly, urgent care or assistance at the pre-hospital stage is an important part of the whole health care system. According to statistics, every year 4500 people die as a result of injuries following accidents. In Ukraine, the indicators of deaths due to injuries are quite disappointing. This is our future we are losing. We need to change this “, – said Ulyana Suprun. 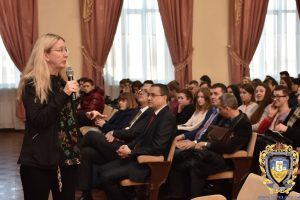 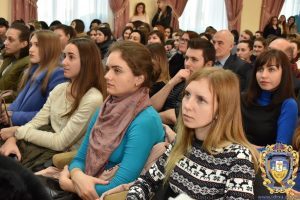 Dr. Suprun also talked the work of emergency centers in Ukraine. On average, in the cities, an EMT team arrives within 22 minutes,  and 45 minutes in the countryside. “The reasons for the long wait is the insufficient number of emergency teams, and inefficient logistics of these teams, which greatly increases the response time. World experience shows that each minute of delay in providing help reduces the chances of survival by 5%, “- added the Acting Minister of Health. 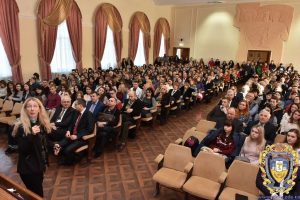 According to Ulyana Suprun, the creation of a paramedic service will significantly improve the provision of assistance at the pre-hospital stage. She stressed that at the same time, it is necessary to train first responders, law enforcement and firefighters. Dr. Suprun noted that Ministry of Health has developed and implemented a special training course for the employees of these services – “First on the place of accident”, teaching basic skills of life support. 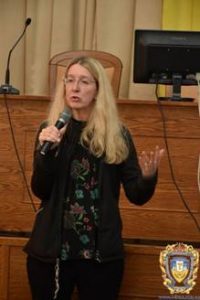 “In addition, each member of the EMT brigade, should be able to provide assistance, including the driver and the nurse. They are being offered a 150-180 hour training course “Emergency Medical Techniques”.

The standards of assistance should be adopted, all members of the brigade must go through internship and constantly improve their qualifications. Paramedics will be the team members with the highest level of qualification and can be employed in emergency departments and fire brigades. For paramedics, the training will take 3 years. Physicians or paramedics already working in emergency care won’t need to get retrained if they already have required knowledge and practice. They would need to take EMT courses.” informed Ulyana Suprun. 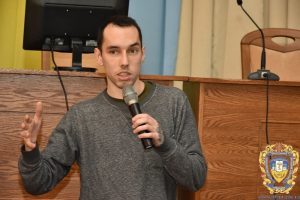 She added that the creation of a paramedical service in Ukraine will increase in the number of professional emergency medical care teams in each region. “We must ensure that an ambulance arrives within 10 minutes in the city and 20 minutes in the countryside. In our opinion, the new paramedical service will help to reduce the number of deaths due to injuries, reduce the level of disability thanks to the coordinated work of the entire team and the rapid delivery of the victim to the hospital. At the same time, the effective work of this service will increase in the level of citizens’ trust in the health care system, “emphasized Dr. Ulyana Suprun. 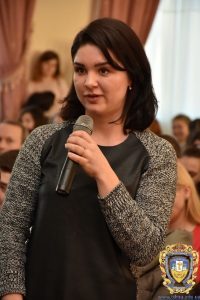 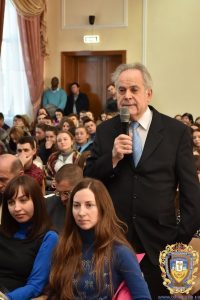 She drew attention to the fact that a polytrauma department should be in every district hospital. These units will require highly qualified doctors. “We always talk about the “golden hour” when one can save the patient’s life and health. 50% of trauma patients are dying within 2 days. If everything is done correctly and quickly within an hour, we can save a third of such victims and another half of the victims within two days. We have a training program to support the life of the patient after an injury. Urgent care doctors study on it for 6 days, and receive a certificate valid for 4 years. The course is designed for those professionals who will work in the departments of polytrauma, so that they could do their best in the first hour to save lives and health. Today, 400 doctors in Ukraine took the course, among them physicians from Ternopil”, – said Ulyana Suprun.

The importance of such skills was underscored in a short documentary “Doctor’s Traum(a)” directed by Roman Liubyi. The film tells about the public organization “Protection of patriots”, its goals and work to save lives. Initially, the group saved the military personnel in the ongoing Russian-Ukrainian conflict, and subsequently expanded its efforts to help citizens in civilian hospitals. 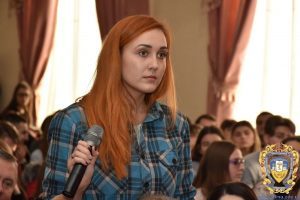 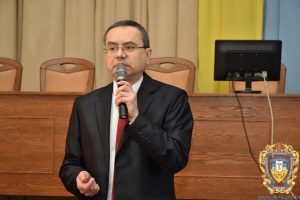 After the movie, its director Roman Liubyi spoke about the filming process and his impressions about saving lives. 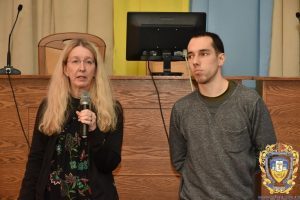 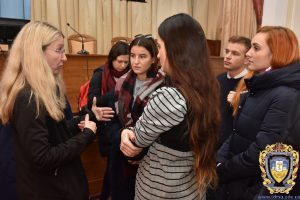 At the end of the meeting, the teachers and students of TSMU had an opportunity to ask Ulyana Suprun and Roman Liubyi questions.

Sixth year students of the medical faculty expressed a worry about their future, namely the situation with internships and MOH reforms. Dr. Suprun answered that today the ministry is working to change of the system of postgraduate education. “It is very important that you yourself choose a specialty, and not get one assigned through the state. A list of vacancies for the young doctors will be formed. Students with the highest marks and the best results on the licensing exam will have a priority in choosing the specialty they want. Others will choose out of what is left. This system will be electronic. In 2018, this approach will be introduced for the first time – and graduates will choose a specialty according to their desire. This system will require several years for improvement “, – summed up the guest.

Dr. Ulyana Suprun wished all the attendees success, professional growth and to answer their true calling in the choice of profession.