About a month ago Ternopil State Medical University on its website launched first in a series of photo contests on the topic of student life. The Cultural Diversity contest was dedicated to Ukrainian traditions and university students studying them. During last year, TSMU worked closely with the Demkur Family Ethnography Gallery Heritage. As a result, medical students learned a lot about different styles of Ukrainian folk dress, the significance of embroidery and much more. They also had the unique opportunity to participate in a photo shoot wearing authentic Ukrainian clothes. 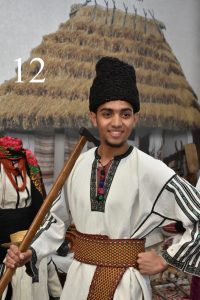 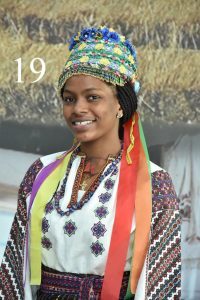 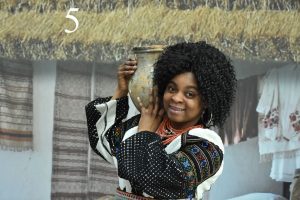 Twenty Ukrainian and international students of our university entered their photos in the contest, wich closed on February 14 until 23.00. The winners were Ahmed Salem from Egypt, who took first place, Chisomu George Chukwudebelu from Nigeria – first runner up and Sofia Kuukua Ackon from Ghana – second runner up. The voting for the photos remained fierce until the very last day, and as a result the difference in the final number of votes separating the winners from other contestants was small. Tetiana Petrunko  and Roman Malanych (both 2nd year Faculty of Medicine) both came close to placing among the winners. 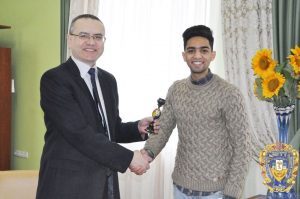 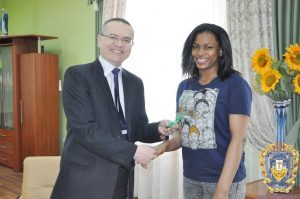 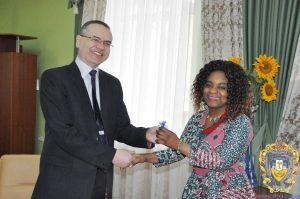 TSMU rector professor Mykhailo Korda presented the prizes to the students whose photos got the most votes. The gifts were provided by our partner  WELLTEK INTERNATIONAL (Director: Dr.Shahzad Najam, MD).

Going with the theme of the contest, the prizes were Ukrainian style handicrafts, so that the students will always have a memory of Ukraine and their university life in Ternopil. 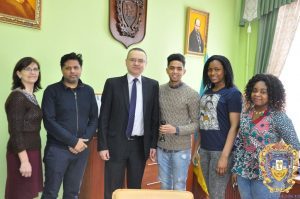 Ahmed Salem said that to win this competition, he had to aske all his family and friends to vote for him. “Those closest you always  can support you the best. Thank you to everyone who spared some time to voted for my photo. Quite a few people in Egypt have learned about our contest, and everyone was asking about the clothes I was wearing “, – said Ahmed. 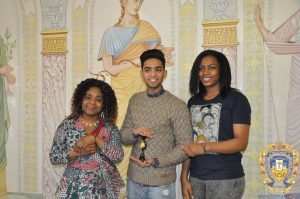 Once again, we congratulate the winners and express our gratitude to Dr. Shahzad Najam for the continued support of the ideas and initiatives at our university.