18th World Congress on Gynecological Endocrinology took place in Firenze Fiera Exhibition Center in Florence, Italy on March 7-10, 2018. This major scientific event has brought together prominent researchers and young scientists. Scholars and practitioners from more than 50 countries around the world presented their research. Ukrainian delegation included more than 30 scientists and doctors, three of whom gave talks. 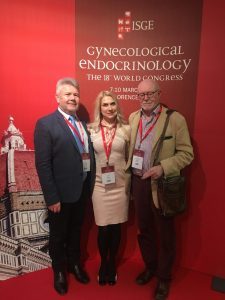 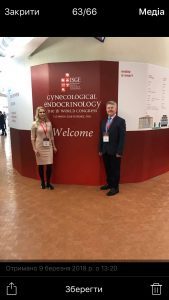 Professor of the Department of Obstetrics and Gynecology Stefan Khmil, together with assistant professor of the same department Mariia Khmil, participated in the congress. Dr. Mariia Khmil gave a talk Benefits of the use of Myo-inositol (FT 500Plus ) in women with a polycystic ovary syndrome undergoing in vitro fertilization in antagonist protocols with an agonist trigger to prevent OHSS.  The congress was also an opportunity to discuss topical issues with other researchers including the president of the International Association of gynecological endocrinology, head of the department of obstetrics and gynecology at the University of Pisa Genazzani Andrea, as well as the colleagues from Denmark, Belgium, Germany, Italy, France and other countries. 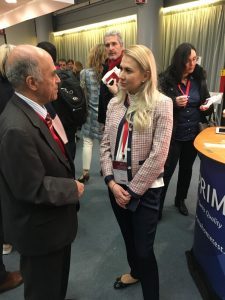 Congress participants learned about the new advances in obstetrics and gynecology, gynecological endocrinology, reproductive medicine, gynecologic oncology, and surgery. The speakers at the Congress emphasised the importance of a healthy lifestyle and its effect on women’s somatic and reproductive health.

The following sections worked during the Congress: