Each year in early spring, India celebrates the colorful festival of Holi, which is associated with the awakening of nature, bright blossoms of flowers and youth. On March 18, 2018 the Ukrainian-Indian Friendship club Sanskriti presented the Indian tradition of celebrating Holi in Ternopil State Medical University library. The event’s program featured classical Indian dances performed by the students of the Indian dance school Amrita, performances by TSMU Indian students and sprinkling with colors. 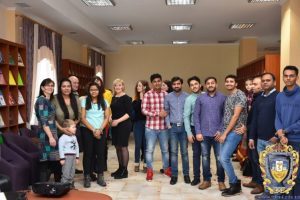 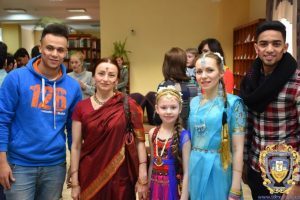 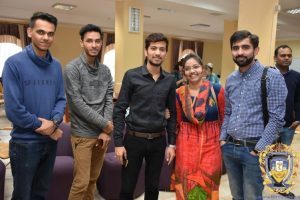 The celebration began with the performance of Pushpanjali  (offering of flowers). 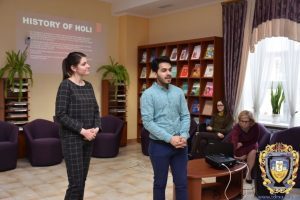 After that, TSMU Pakistani student Akshay Alwani spoke about the religious, cultural and social components of Holi festival. This is one of the oldest holidays in Hinduism, and it symbolizes the coming of spring, the victory of good over evil. The festival of colors is celebrated not only in India but also in Nepal, Sri Lanka, Bangladesh, Pakistan, South Africa, Trinidad and other countries. It is gaining popularity in Europe and the United States, because in its essence it is linked to joy and cheerful mood. Now, for the past few years, this festival has been celebrated in Ternopil. 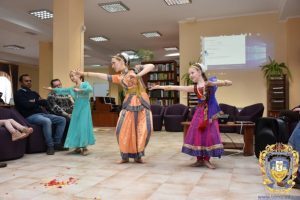 On the evening of the first day of celebration, also called Holika Dahan (small Holi), pyre is celebrated by burning Holika, the devil. The ashes of this fire are considered sacred. Certainly, this tradition resounds with the ancient customs of Ukrainians to burn fires on various holidays associated with the movement of the Sun. 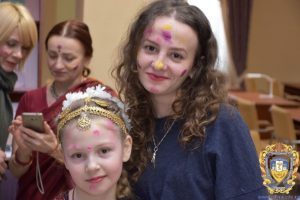 The next day – Dhuleti – is one of the most important of the festival. In ancient times, people sprinkled themselves with ashes of the fire which had burnt the Holika. They believed that in this way they protect themselves against evil spirits. Over time, the ash was replaced with colorful powders and tinted water. In India, it is believed that more color one gets during the celebration, the happier and brighter will be their subsequent year. This also bears a similarity to the Ukrainian tradition of “Wet Monday”. If on this day a girl is drenched in cold water from head to toe, then she will find happiness; remaining dry means that the household will not greet matchmakers this year. Holi is also a great occasion to forget for several days about social boundaries, because no one can be offended if sprinkled with colors. This holiday connects everyone, regardless of wealth and social status. 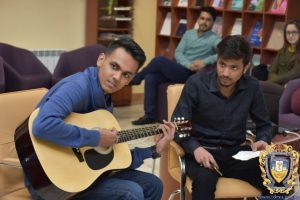 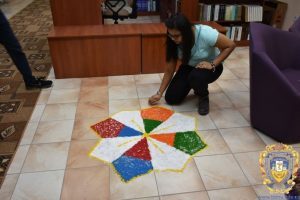 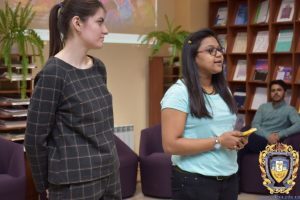 Priyanka Priya spoke about Indian art form Rangoli. On the eve of important holidays, girls and women adorn the walls and courtyards with exquisite patterns made of colored rice, flowers or powders. “Usually, Rangoli are made forDiwali. But today we wanted to tell you about this art and to share a piece of our culture, so on this special occasion, we have created a small pattern”, – said Priyanka. 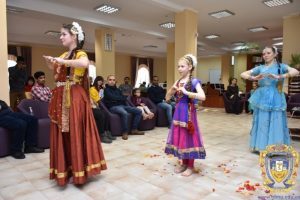 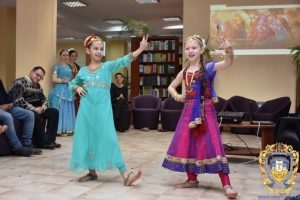 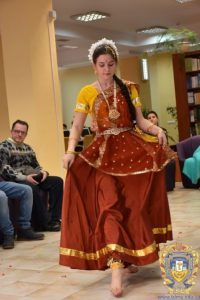 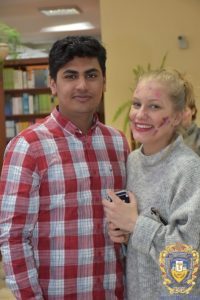 The program of the celebration also included kathak dance performance from the Indian Dance School Amrita and a sign-language performance of a Ukrainian poem. 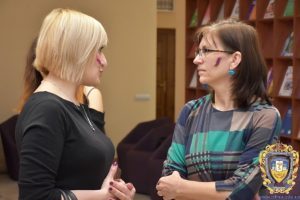 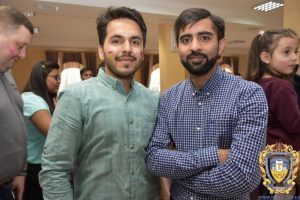 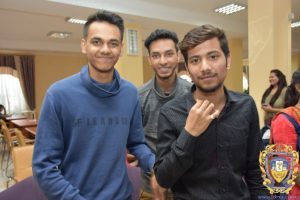 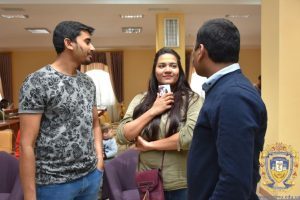