Recently, Ternopil State Medical University received a letter of appreciation from the staff of NICU of Ternopil Regional Children’s Hospital. Doctors, parents and the little patients convey their  gratitude to TSMU international students’ faculty for their involvement and help. TSMU students donated costly specialized nutrition for children with congenital diseases. “Your noble deed is an example for all of us to follow,” reads the letter. 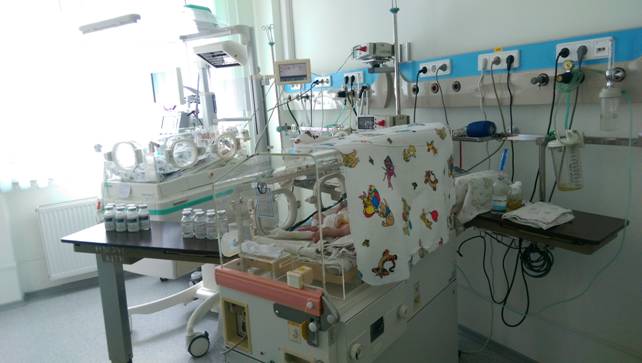 TSMU international students behind the action are the group Each One Help One (E.O.H.O). They are all studying to become physicians. Among those involved in the newborn care campaign are Alhassan Abdul Latif, Ahmed Abdallah Abdulfaid, Christel Ayamba, Theophilus Kwarteng, Ikram Yusuf, Naison Gumbo, and Abouelkoussine Sarah.

The executive director of the organization Alhassan Abdul Latif said that prior to taking action they had visited the department and learned about its work. They saw firsthand the efforts of doctors caring for the little patients. “NICU treats children with congenital malformations of the esophagus and other complications. They all require surgery. In addition, they should eat special foods, such as organic proteins, which are expensive. We were told that parents are doing all they can to improve chances of these children for healthy life. It impressed us – and we decided to help, “said Alhassan Abdul Latif.

The Each One Help One association is intended to assist each other, especially those students who, because of various circumstances (such as loss of parents, problems with their own or their relatives’  health, unforeseen events in their home countries), have gotten into a difficult situation. Young people have created a mutual support fund. At the same time, they wanted 30% of the money go to charitable projects. TSMU students decided to take the little NICU patients the Regional Children’s Hospital under their patronage.

TSMU administration is grateful to the students for their kind hearts and wishes them continuous success in studying and professional development.