The 3rd Congress of Joint European Neonatal Societies was held in Maastricht (Netherlands) on September 17-21, 2019. The Congress was aimed at improvement of the diagnosis and treatment of diseases in newborns, studying the impact of neonatal pathology on the family, the introduction of measures to improve the health of newborns and their families. The Congress was attended by doctors from more than 100 countries, representatives of ESPR – European Society of Pediatric Research, UENPS – Union of European Neonatal and Perinatal Societies, EFCNI – European Foundation for the Care of Newborn Infants, as well as representatives of the Association of Neonatology of Ukraine, teachers of I. Horbachevsky Ternopil National Medical University. 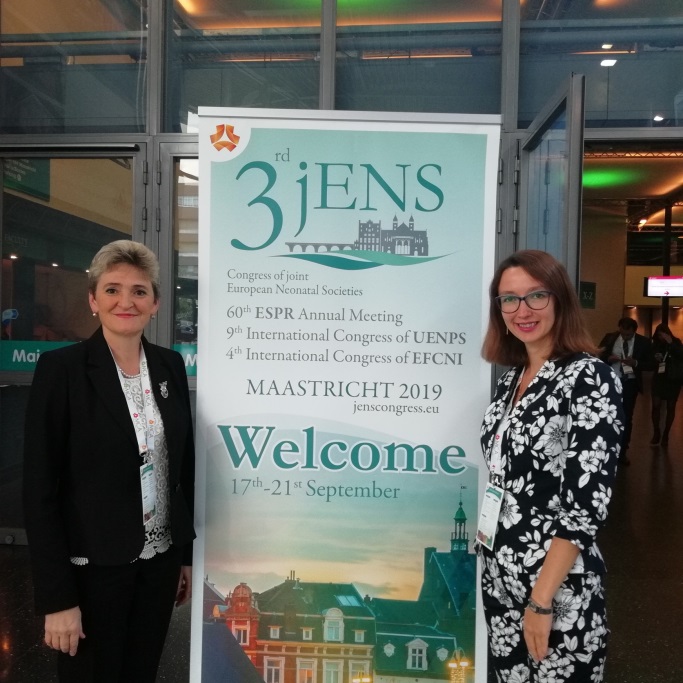 Professor H. A. Pavlyshyn and Assistant I. M. Sarapuk

The 3rd ENS program included reports on “Developmental care – an important component of preterm infants management”, “Parental stressing NICU – who suffer greater: mother or father?”, which gave the opportunity to discuss the results of the European experts. 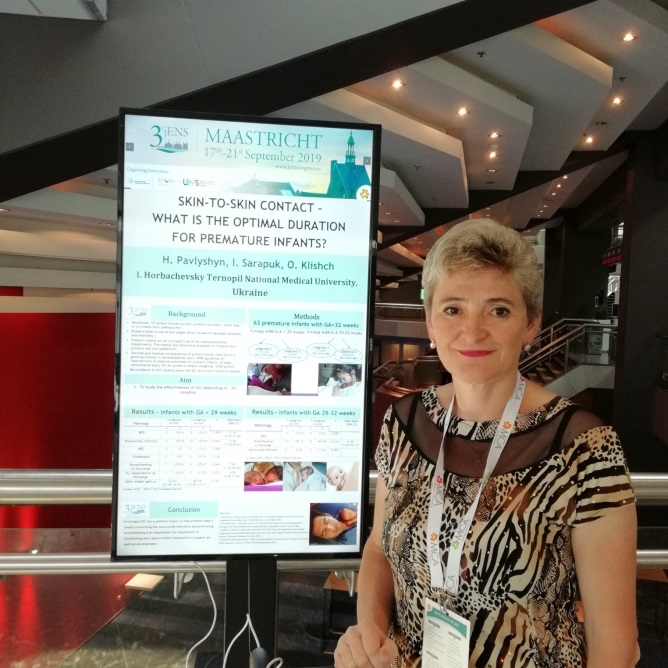 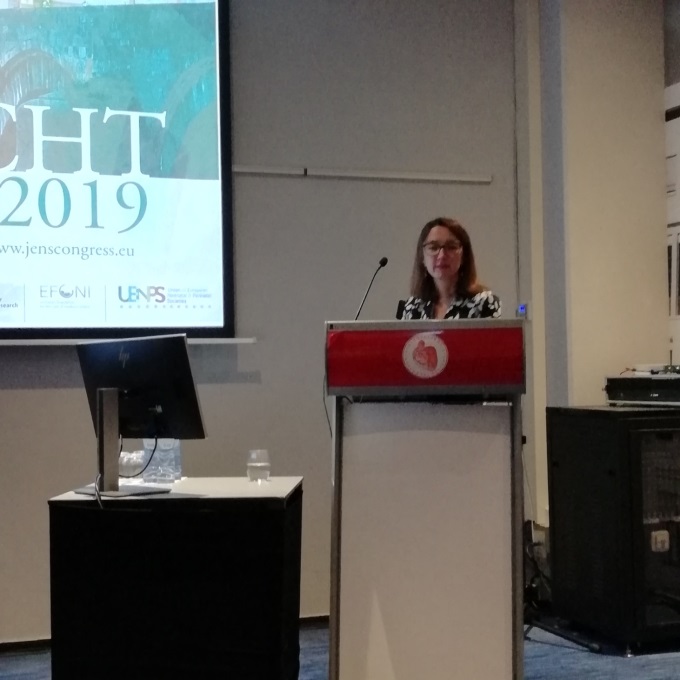 Assistant I. M. Sarapuk reports on the results of the scientific work.

Particular attention was paid to the nutrition of both term and preterm infants, and new ESPAGAN-2018 recommendations for parenteral nutrition were presented. 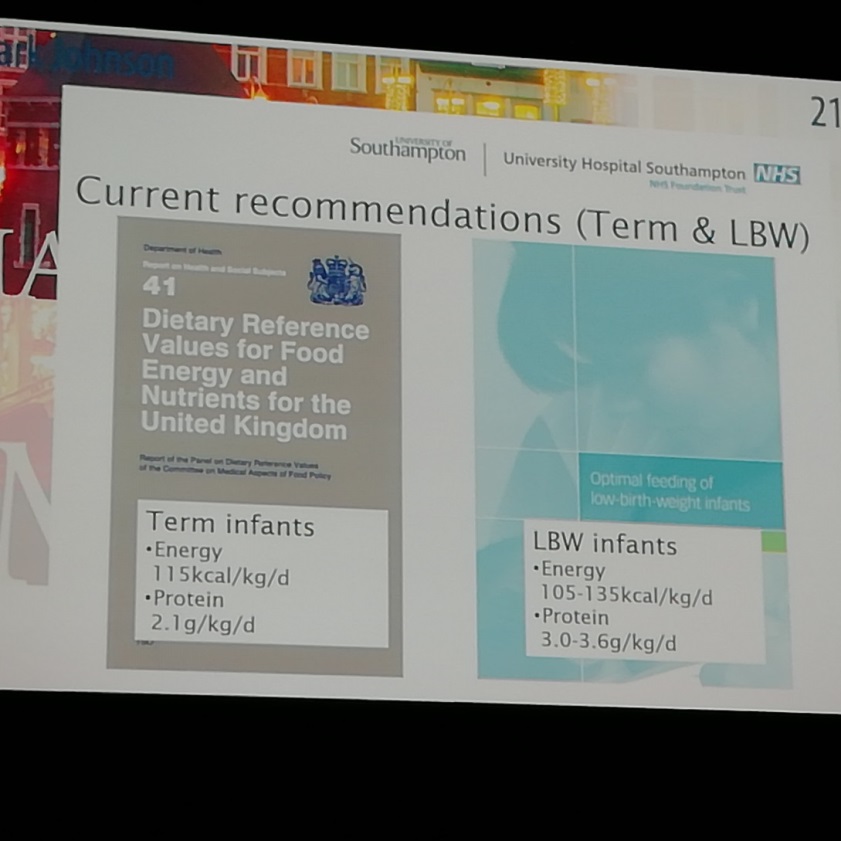 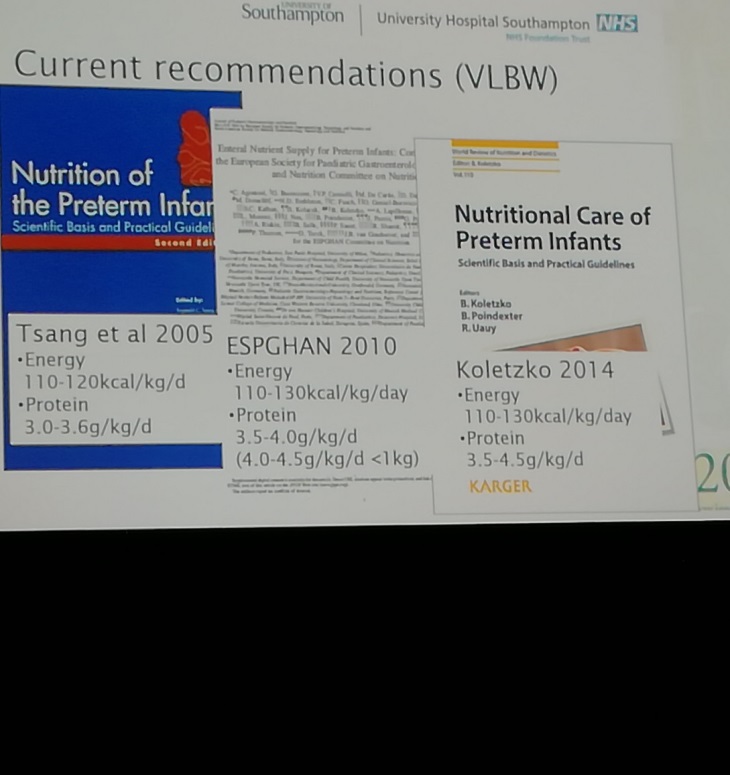 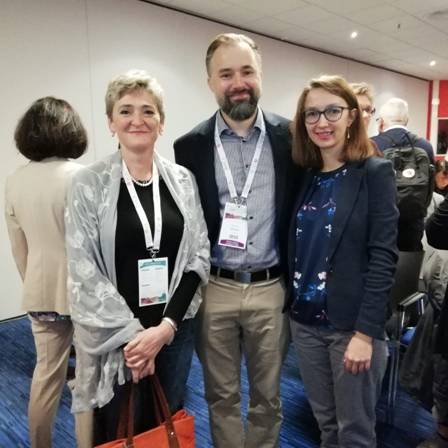 At the Congress, the main components of the European Neonatal Health Care Standards, developed by the European Foundation for the Care of Newborn Infants, and actively implemented in practice by the chairman of this parent organization, Mrs. Silke Mader. 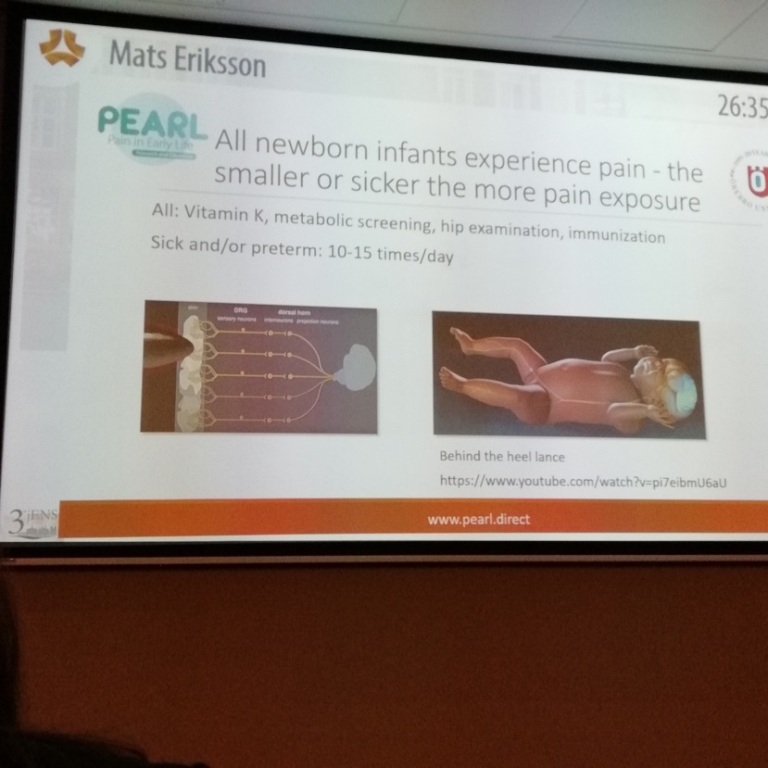 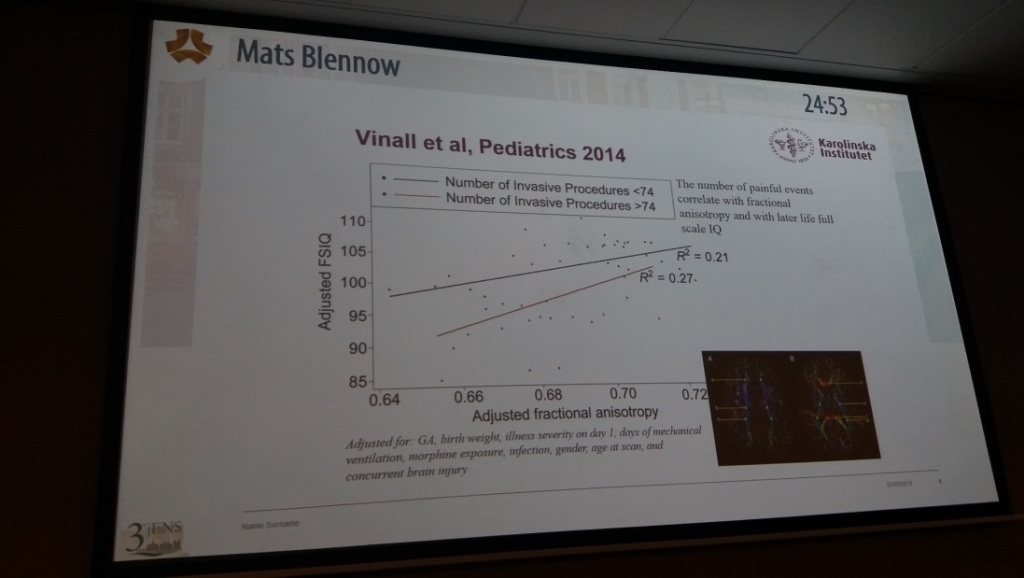 Neurodevelopmental care issues were closely intertwined with the prevention and management of infant pain, its early and long-term sequelae. In the intensive care units, the infant undergoes numerous invasive procedures (more than 20 painful manipulations during one day) during the monitoring, diagnostic and treatment activities of the newborn, which are increasing every year.

A number of reports were dedicated to the problems of infectious pathology, in particular respiratory syncytial infection in newborns. Professor Angelika Berger emphasized the importance of the problem of RSV infection in young children, with 64 million cases of infant disease, 3.4 million cases of severe RSV infection requiring hospitalization, up to 199,000 children up to 5 years of age die from RSV infection. The treatment of RSV infection is limited by the absence of effective antiviral agents, so today, the focus is on the role of vaccination of high-risk infants. Of particular interest were the report on the combination of sepsis and distant brain damage, the association between neonatal infection and neurological deficits, the effectiveness of immunotherapy and pentoxifylline in the treatment of this group of patients.

Participation in the 3rd Congress of Joint European Neonatology Societies provides an opportunity to increase the qualification and professional level in the field of neonatology, and to share experience in the care of prematurely born infants in Ukraine, Ternopil region in particular. At the same time, establishing and expanding personal contacts at the International Neonatology Congress will facilitate the development of international cooperation, creative communication and integration of the University into the global scientific space.

The participants express their sincere gratitude to I. Horbachevsky Ternopil National Medical University Administration, to Bjoern Martinoff, President of the Children’s Medical Care Foundation, for the support, assistance, and opportunity to participate in the 3rd Congress of the Joint European Neonatal Societies and to present the results of their research at an international level.

Annual Competitions of the Fulbright Program

The MSc in “Medical Research Methodology”