On October 17, 2019, I. Horbachevsky Ternopil National Medical University hosted celebrations dedicated to the Day of the Defender of Ukraine. 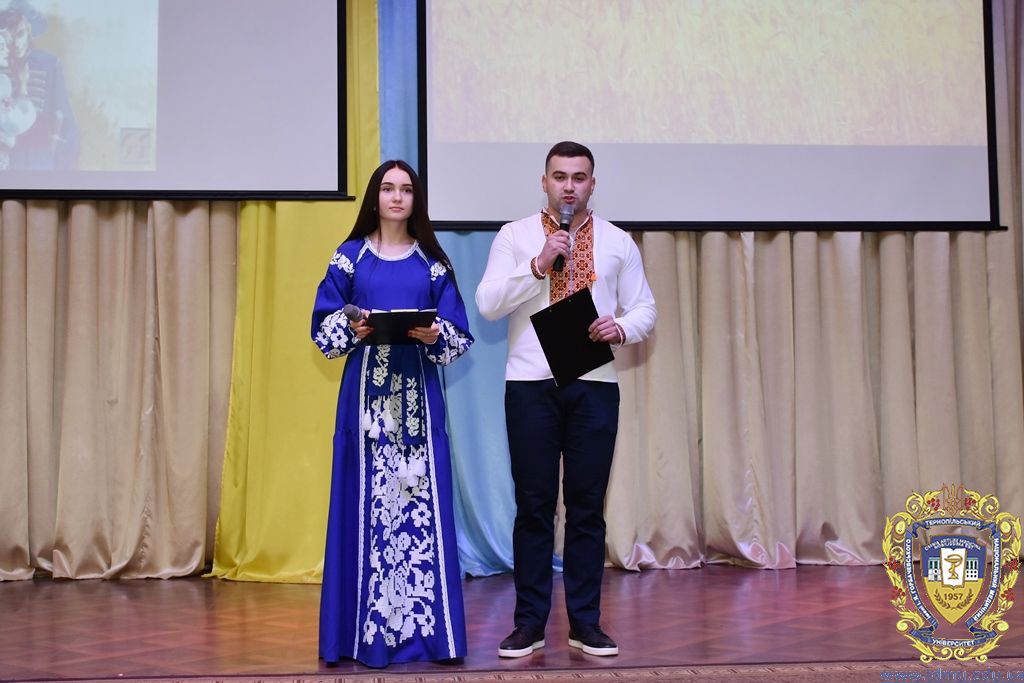 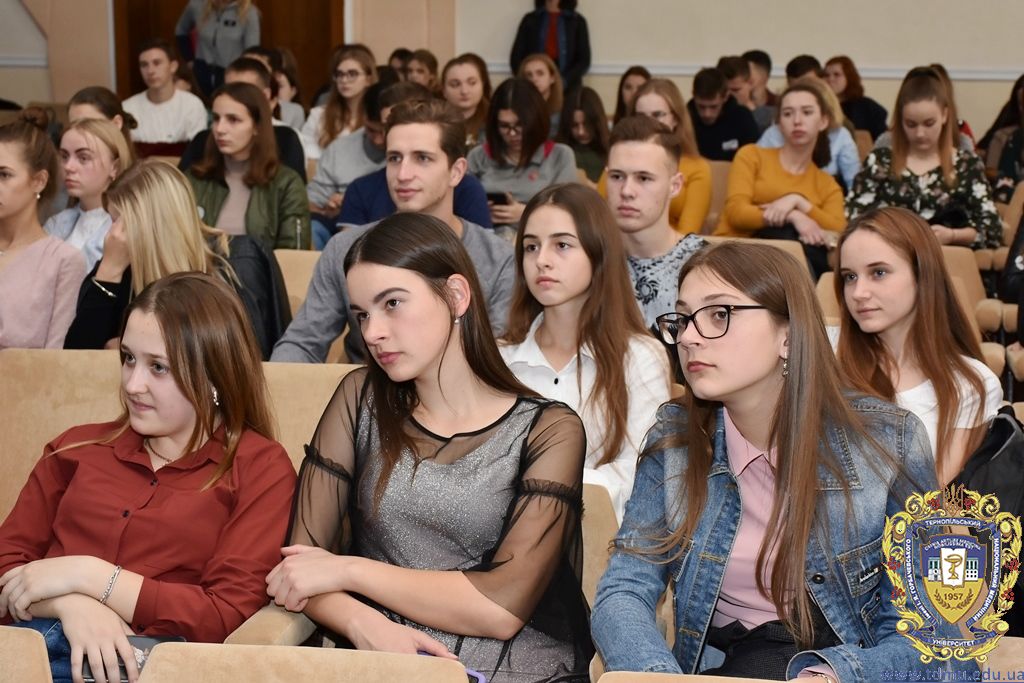 On October 14, 2015, our country for the first time officially celebrated the Defender of Ukraine Day. This day coincides with the Christian feast of the Intercession of the Blessed Virgin. In the Ukrainian Insurgent Army (UIA), which defended our sovereignty during World War II on the lands of Ukraine, it was the Arms Day. UIA soldiers gave their lives under the care of the Holy Virgin.

As part of the Concert program, student Uliana Pidluzhna recited a poem about the UIA.

The audience saw the theatrical performance prepared by the Art-drama theater studio. Afterwards, everyone present commemorated all those who were killed at war by a moment of silence. 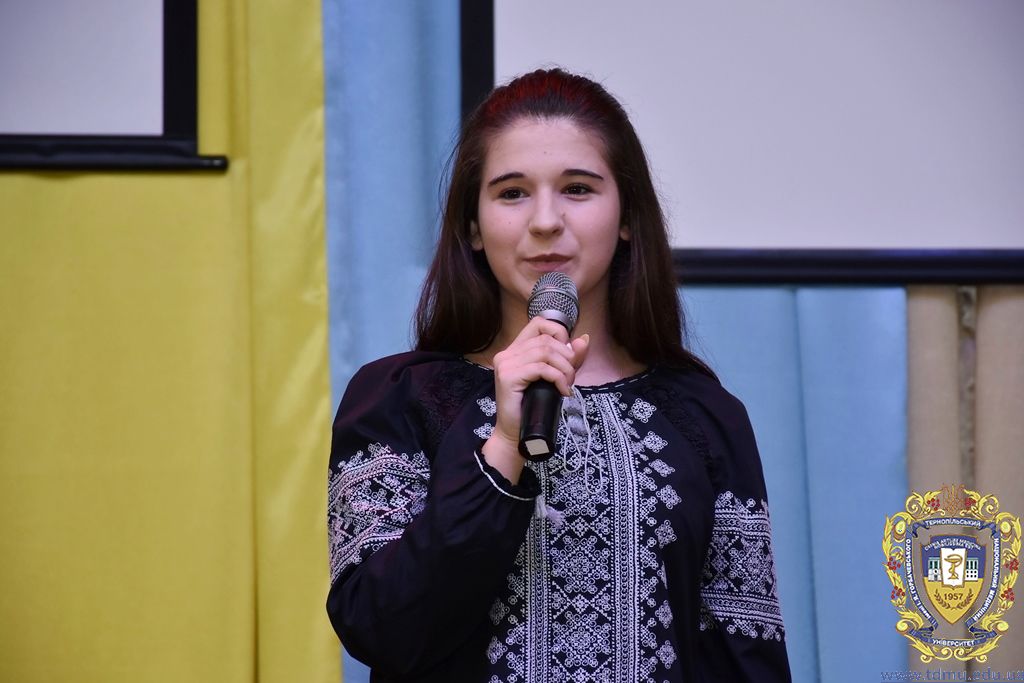 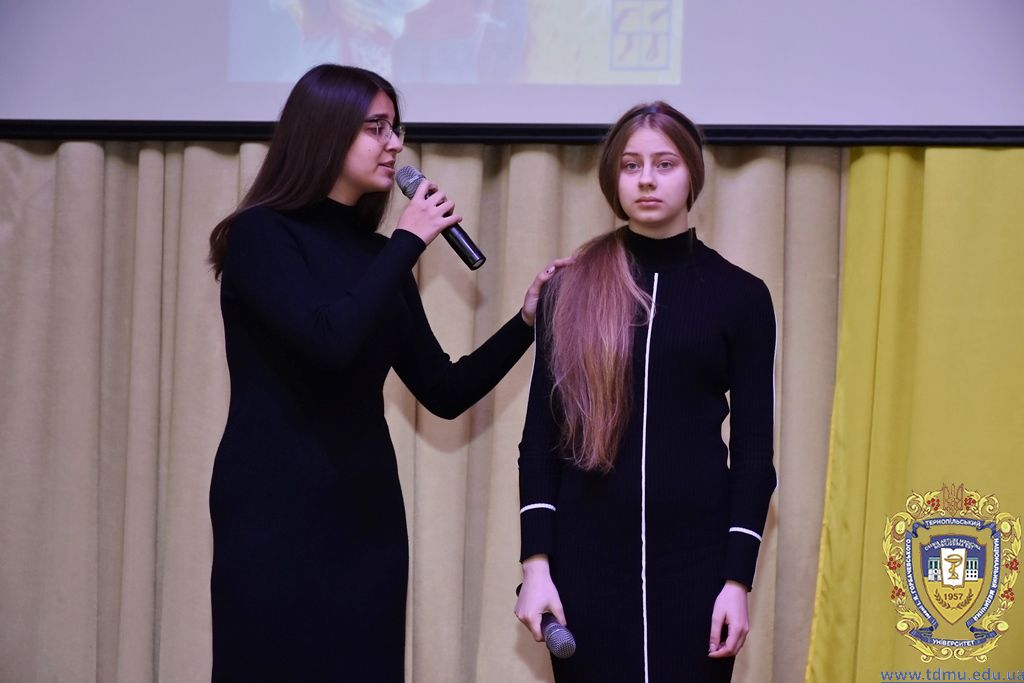 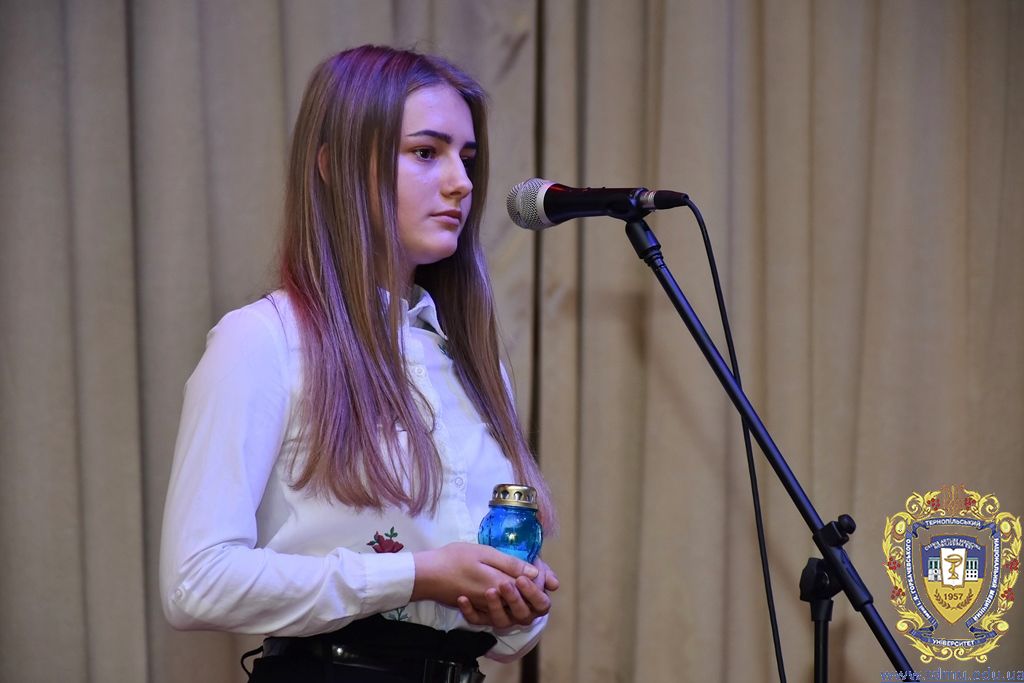 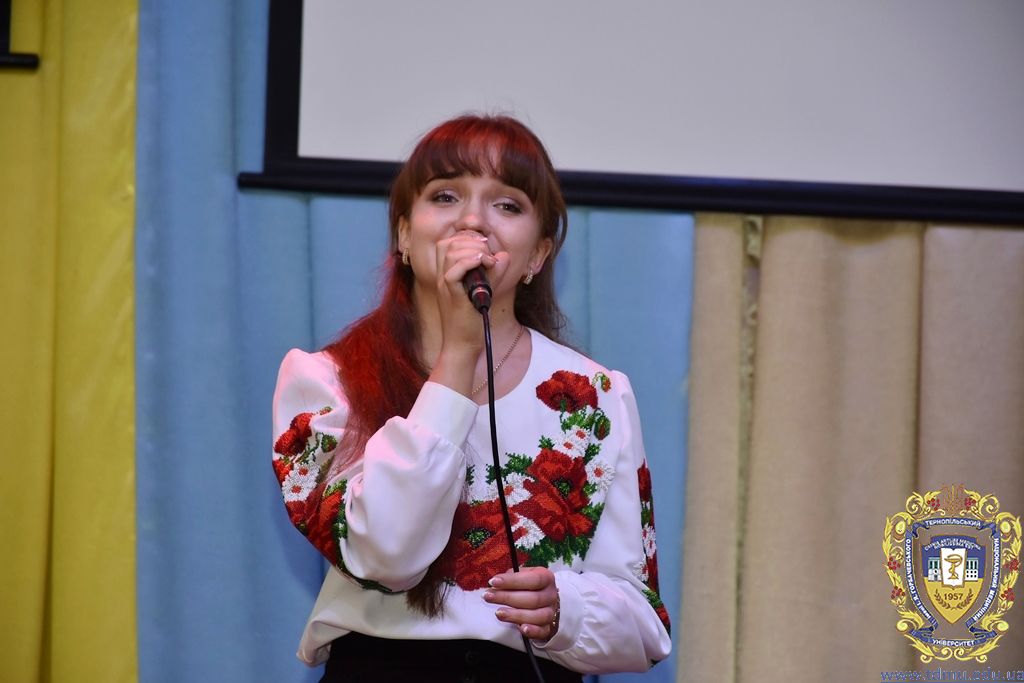 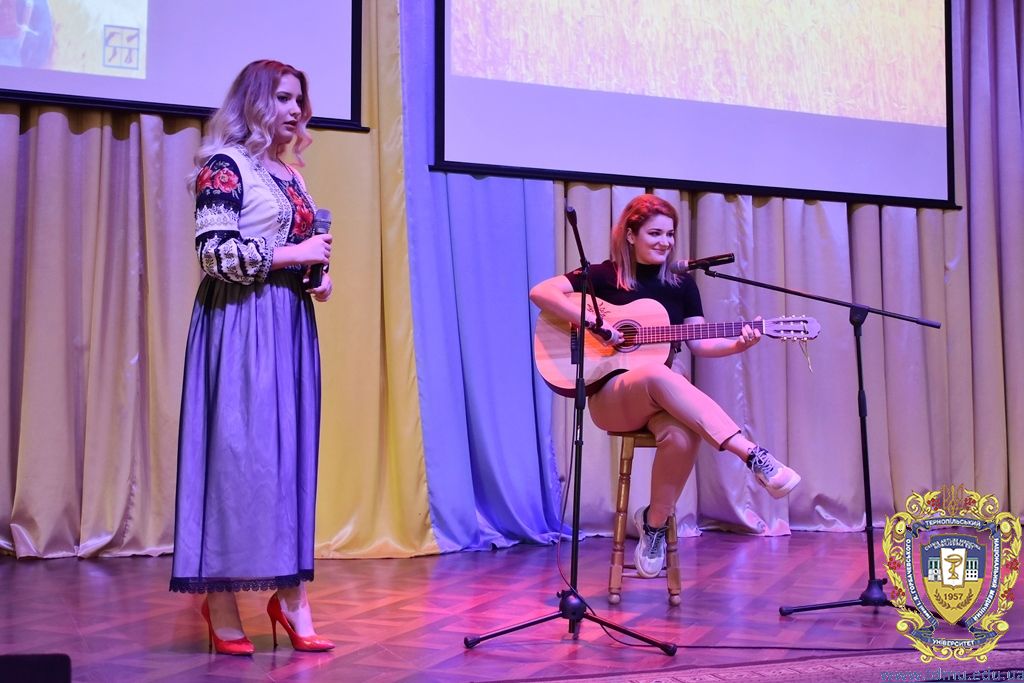 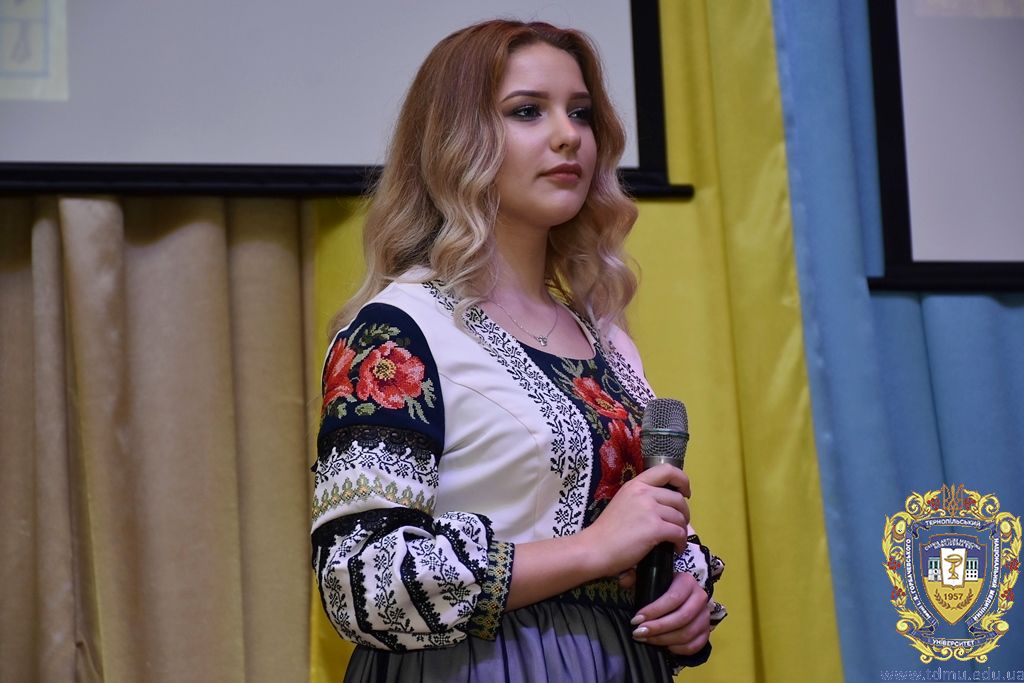 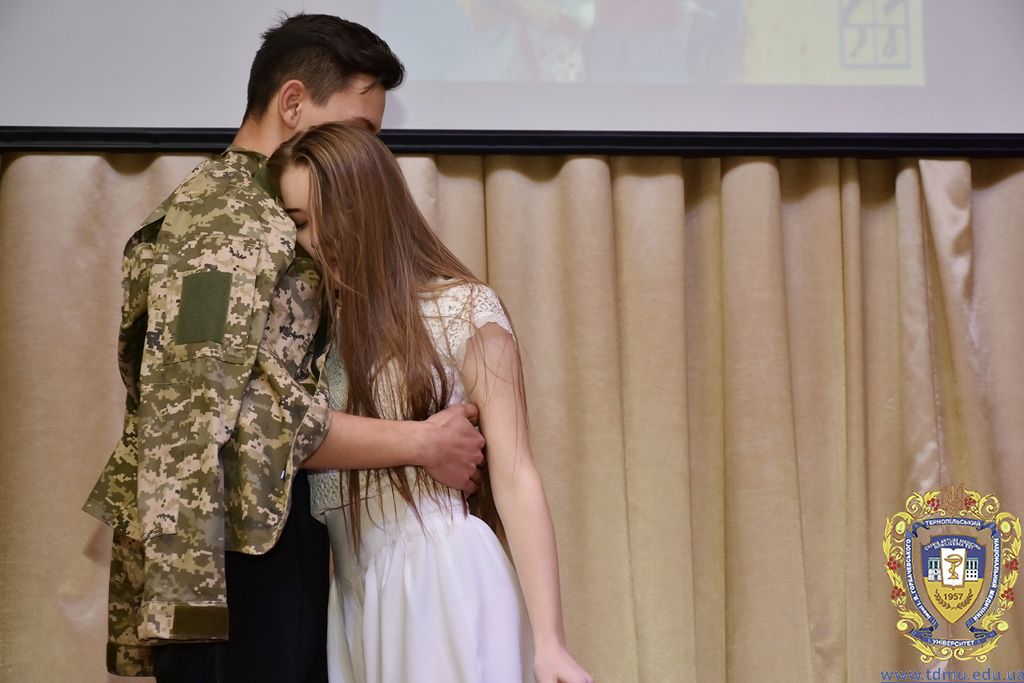 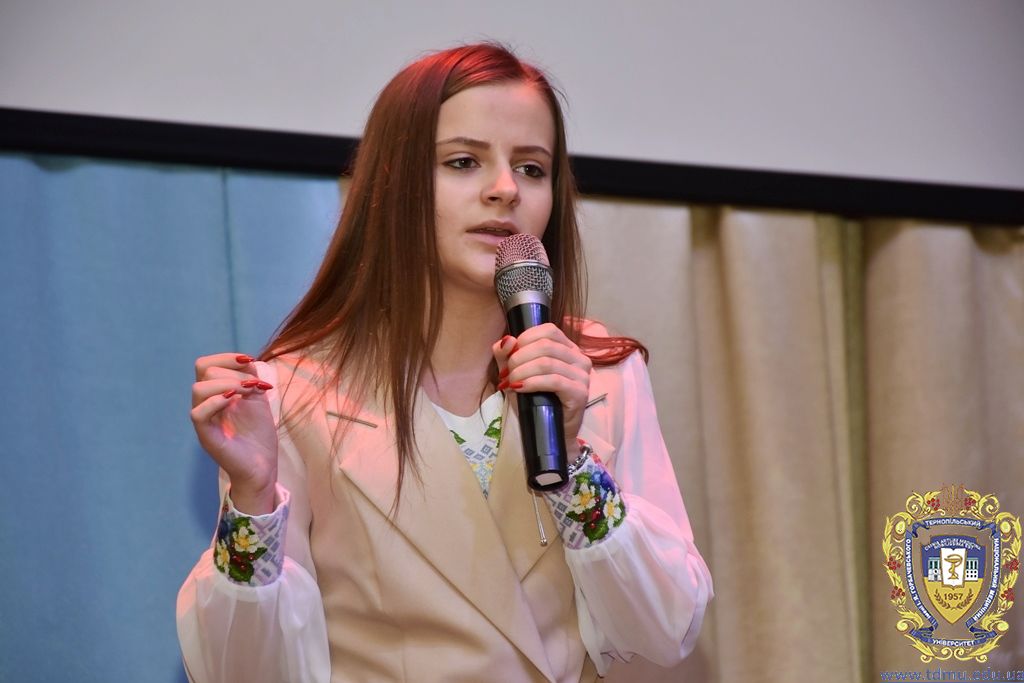 The whole world knew about the pain of the Ukrainian people. Many songs, poems and films are dedicated to this theme. In particular, the Polish music band “Aeneas” dedicated a song “Near the Poplar” to Ukrainian soldiers who died for Ukraine. At the Concert, TNMU students performed this song. The dance and the song “You are mine and I am yours” were also presented.

It should be noted that from the first days of the Maidan and the war, our university has assisted soldiers and volunteers. Funds, food and hygiene products, medicines were repeatedly collected for them. Students, staff, and alumni worked at the East of Ukraine. 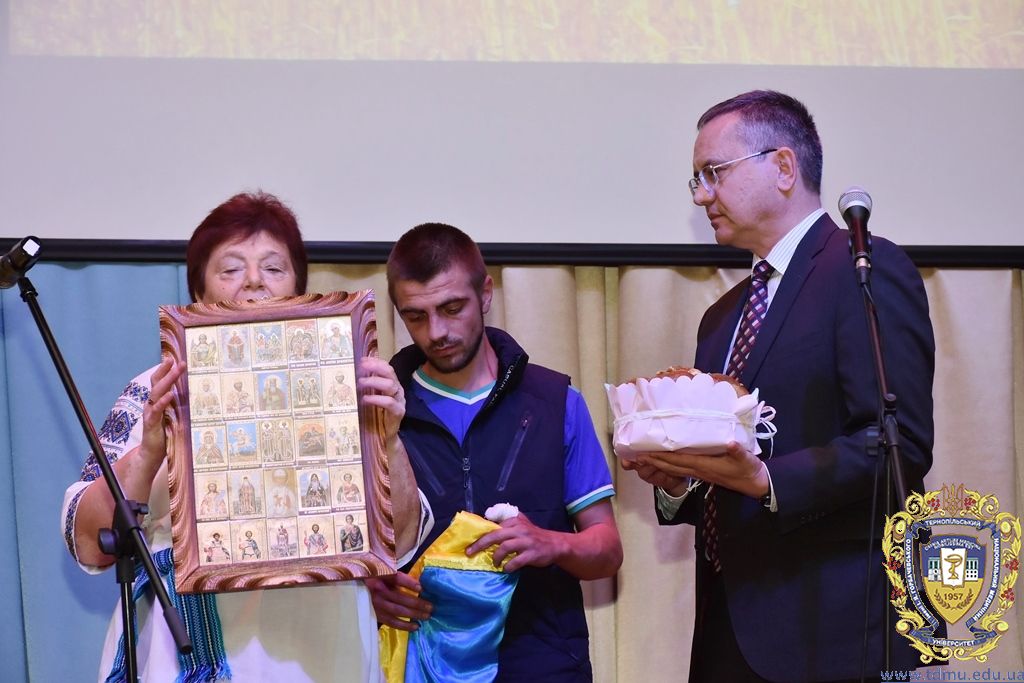 Representatives of the volunteer movement, including Maria Shestopalko, and Ukrainian soldiers attended the celebration. It should be reminded that this year, at the initiative of Mrs. Maria, more than 40 buckets of varenyky (traditional Ukrainian dish) made by university students, Easter kits for our defenders were sent to the East of Ukraine.

The battle flag and the icon from the guests were presented to TNMU Rector, Professor Mykhailo Korda. He assured that the university would continue to support our defenders and volunteers. 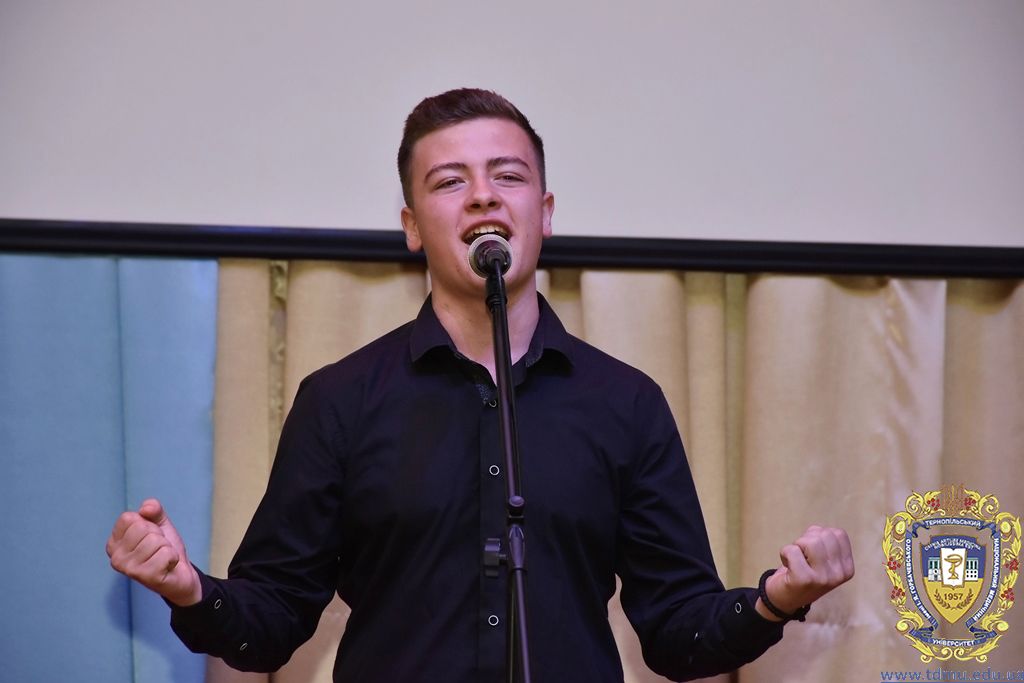 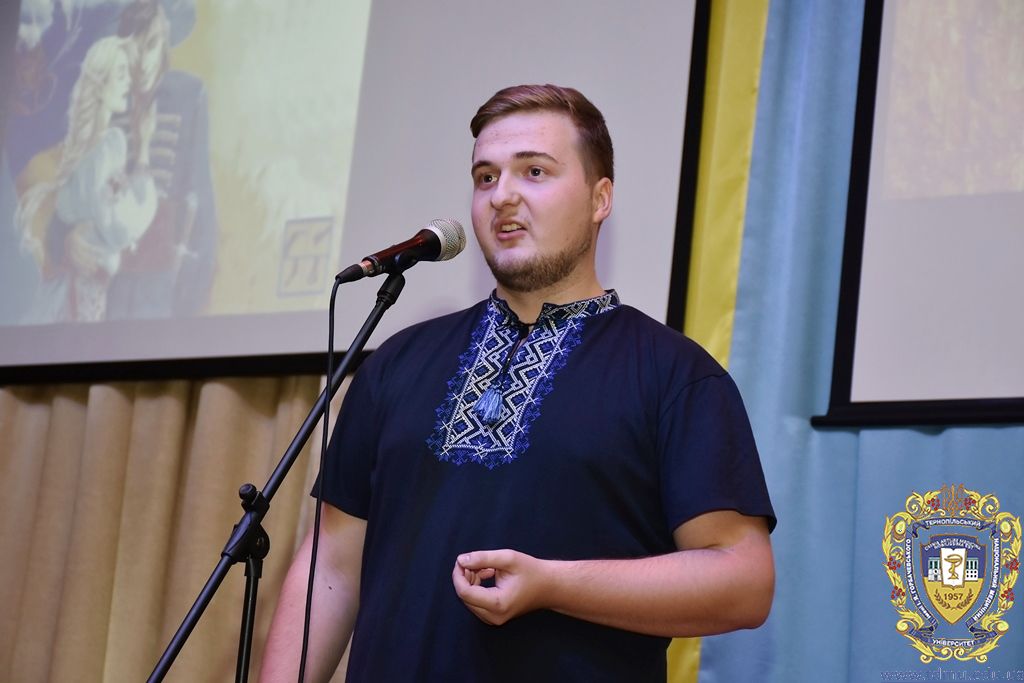 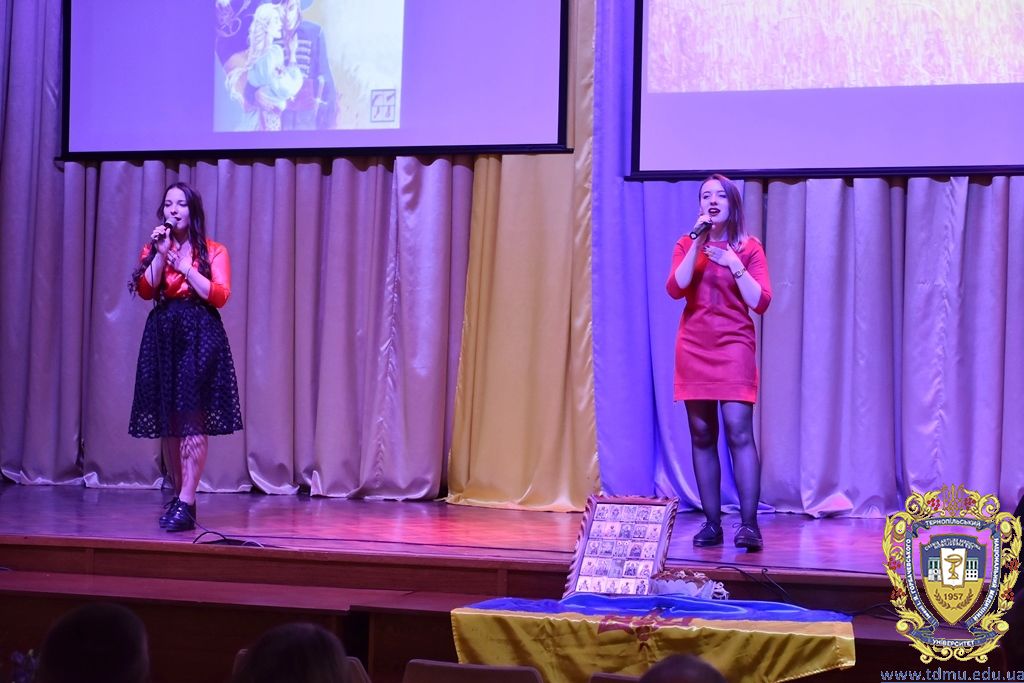 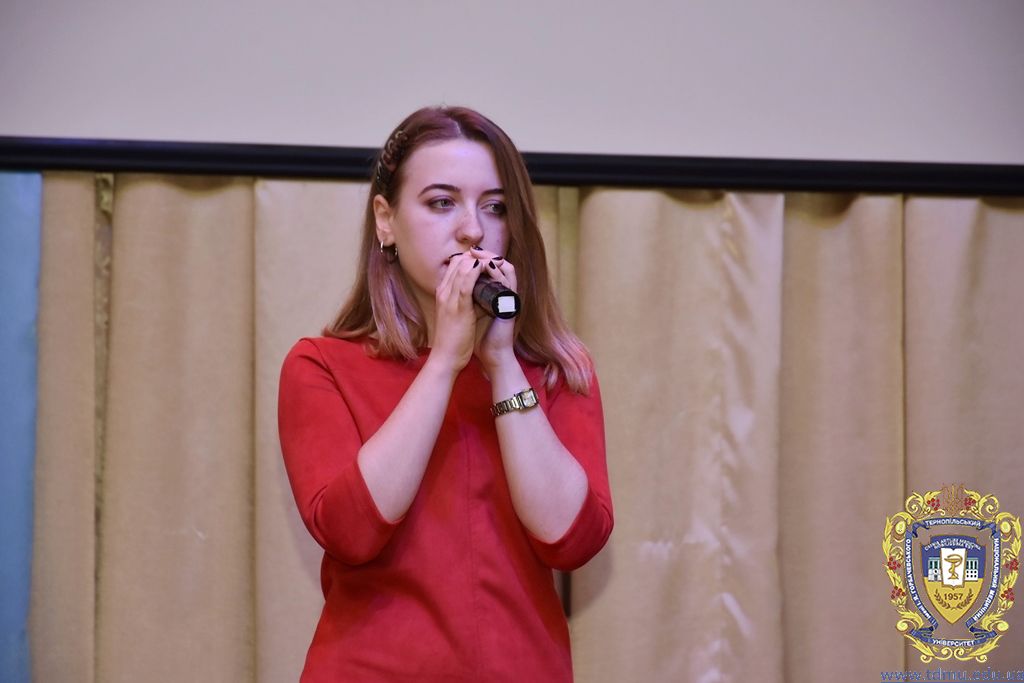 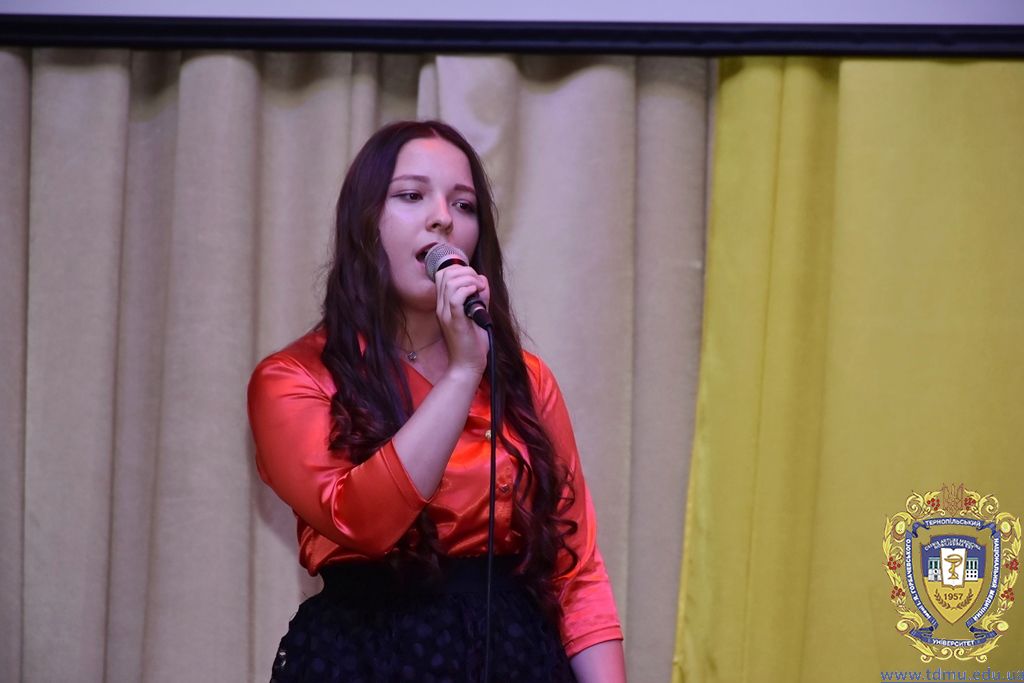 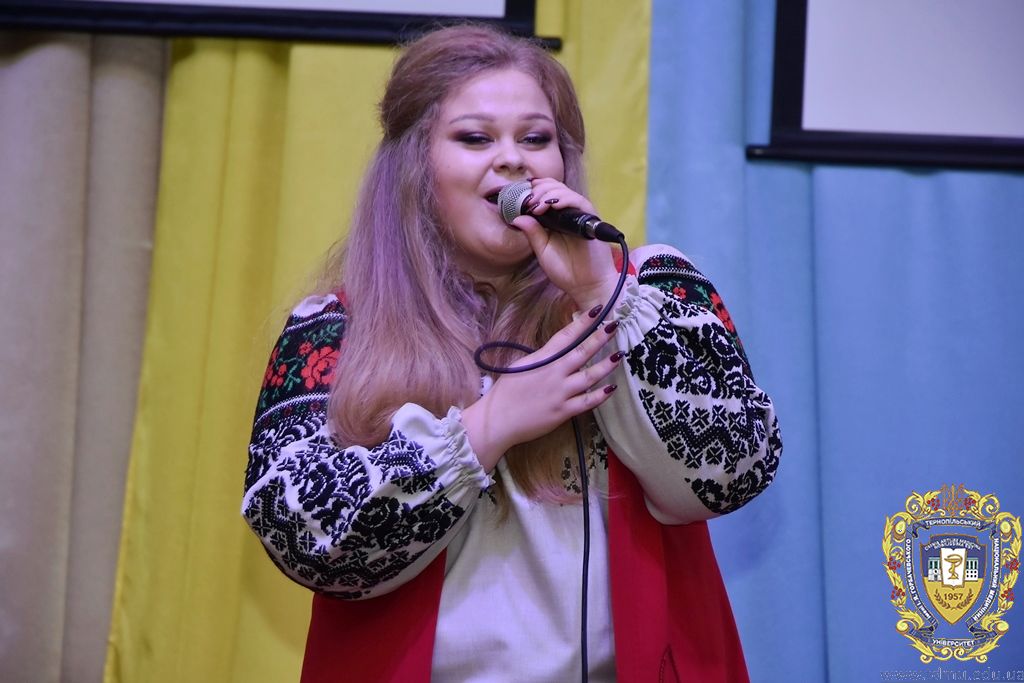 At the end of the event, Olia Polovchuk performed the song “Good morning, Ukraine” and Yurii Cherevatyi sang the song “Ukraine”.