Scientific Studio of the Local History Studies “Terpoliany” together with the students of TNMU Medical Faculty joined the celebration of the Ukrainian Unity Day. 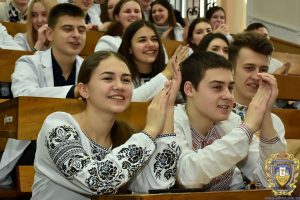 The presenter of the concert Solomia Muzychenko (first year medical student) congratulated the guests of the event and opened it with our most popular song “Oi u luzi chervona kalyna”, which was beautifully performed by Natalia Mamchur. The room exploded with applause. 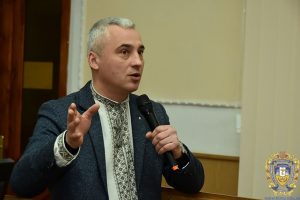 The guests were greeted by the Deputy Mayor of Ternopil Leonid Bytsiura. 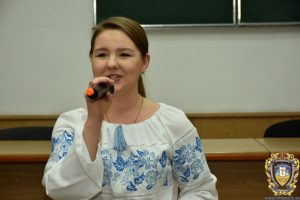 The presenter invited Yulia Krykovska, a first-year medical student, with her poem “Striletski mohyly” which prompted everyone to reflect on the stages of the struggle and formation of the Ukrainian statehood, which is still carried on today. 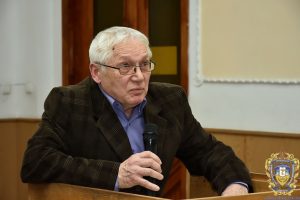 The event was continued by Associate Professor of the Department of Medical Physics of Diagnostic and Medical Equipment Valerii Didukh, who in his speech drew attention to the events of January 1919.

Mariana Zadyreiko, a first-year medical student, performed the song “Klenova balada”. As a sign of solidarity with the soldiers who stand in defense of our eastern borders, Artem Movchko, student of the Faculty of Medicine, recited a touching poem, which made everyone wonder what the price of our free, united, independent Ukraine really is. 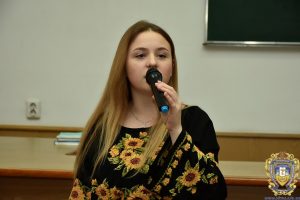 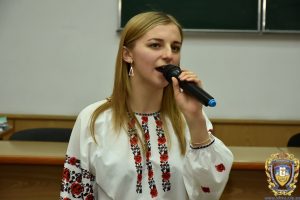 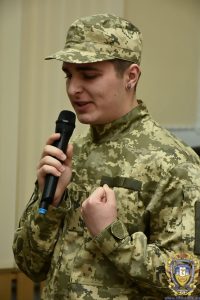 Scientific Studio of the Local History Studies “Terpoliany” has launched a project where at every event, guests of the attendees will receive a promotional prize for the best vyshyvanka (traditional Ukrainian clothing). In this way, members of the Studio plan to cherish national traditions. “Terpoliany” will be glad to have students and teachers in traditional Ukrainian attire during the events they organize. 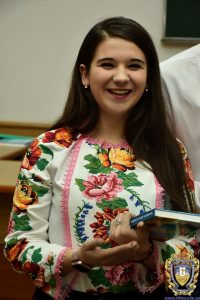 On this day, the head of the stream Maksym Voitsechovskyi, together with experts in Ukrainian embroidery, chose the best one. An encouraging prize, a memorable book “Essays on Ukrainian Spirituality” by Leonid Kravchuk for the most beautiful embroidered shirt was received by Uliana Pidluzhna, a first-year medical student (group 110). 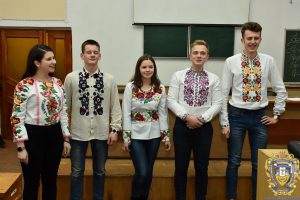 The information was provided by the leader of Scientific Studio of the Local History Studies “Terpoliany” Solomia Muzychenko.