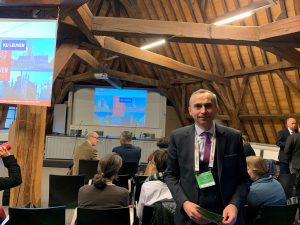 The scientific program of the event covered the main theoretical and practical aspects of the problem of mineral and bone disorders in chronic kidney disease, based on the current knowledge and the latest achievements of science on fundamental cross mechanisms of bone and vascular remodeling, ways of diagnosis , cardiovascular calcification as markers of accelerated aging syndrome, predictors of decreased quality and life expectancy in the specified category of patients.

The course format included lecturing and systematic analysis of research findings on key topics of chronic kidney disease, development of preventive and anti-aging medicine, participation in the EUROD research forum, two CME courses, including “Vitamins and oxidative stress on the cross-roads of bone and vessels ”and“ The challenge of osteoporosis in CKD ”, reviewing complex clinical cases with worldwide experts. The event is accredited by EACCME, the European Accreditation Council for Continuing Medical Education. 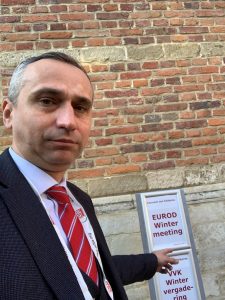 The following issues were discussed at the event: 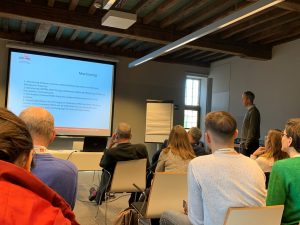 This event is a model of a fundamental, systemic, integrative approach to the solution of the problem of mineral and bone disorders in CKD, in particular renal osteodystrophy and cardiovascular calcification, mechanisms of accelerated aging, aimed at finding early biomarkers, new effective diagnostics and new therapeutic options.

Obtained information, exchange of experience during the European Renal Osteodystrophy (EUROD) Winter meeting 2020 of ERA – EDTA Continuing Medical Education course will enable optimization of methods of early diagnosis and treatment of mineral and bone disorders in CKD, introduction of new knowledge in the educational process of medical university, and will also facilitate the development of transdisciplinary research and the further integration of the university into the global scientific environment.

Upon completion of the training program, all participants received ERA-EDTA and EACCME certificates. 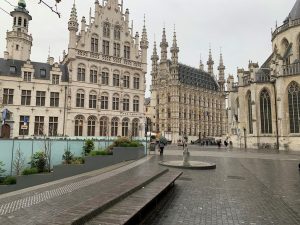 The participant expresses his appreciation to the TNMU administration for the opportunity to study in the ERA – EDTA Continuing Medical Education course “European Renal Osteodystrophy (EUROD) Winter meeting 2020”. 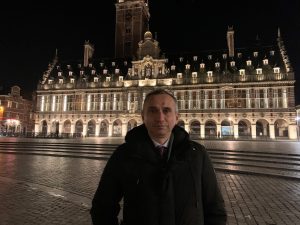