On February 5, 2020, TNMU Scientific Studio of the Local History Studies “Terpoliany” organized a commemoration meeting for the dramatic events that took place in the life of the Ukrainian people. During the struggle against Hitler’s Nazism, the Ukrainians suffered the most. Due to the numerous losses of the population and courageous struggle, Ukraine was granted membership in the UN. Subsequently, the population of our country was forced to starve through Soviet tax policy. The leader of the Studio Leonid Kravchuk told about these facts. He presented a state-of-the-art study outlined in the book “Famine of 1946-1947 in Ukraine: collective memory” (2019, Kyiv, 1176 p., memoirs from the Ternopil region P. 857-889). The preface to this book was written by a well-known scientist, Doctor of History, Professor Vasyl Marochko. 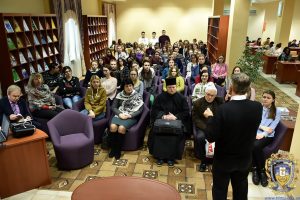 In the overcrowded hall of the Scientific Library of Ternopil National Medical University, students of all faculties commemorated the difficult periods in history of the Ukrainian nation and honoured the memory of the dead. 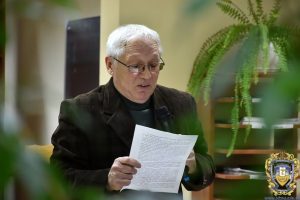 Associate Professor of TNMU Department of Medical Physics and Medical Diagnostics, a member of the regional literary association at the Ternopil Regional Organization of the National Union of Writers of Ukraine Valerii Didukh, who recited his poems, described the historical chronicles of that time. 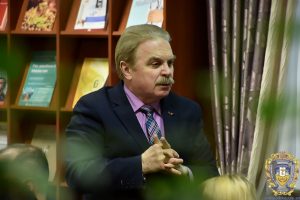 Famous publicist, poet, public figure, member of the National Union of Writers of Ukraine Volodymyr Barna expressed his poetic words about these events. He emphasized that “the memory of one is the memory of many,” and we need to remember this so that the evil does not happen again. 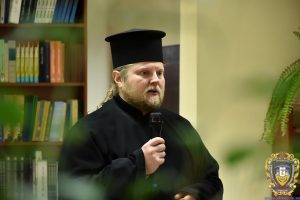 Father Andriy, a representative of the Ukrainian diaspora in Latin America, mentioned in his speech the necessity of studying and remembering our own history. He raised the issue of further development of the Ukrainian state, where we are obliged to be conscious, active, to form cohesion, perseverance, resilience and sacrifice in the name of Ukraine. 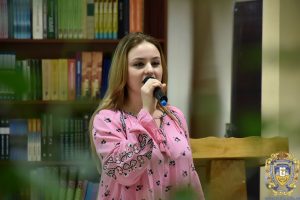 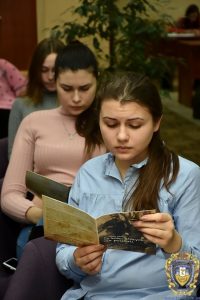 A student of the College of Nursing Yulia Krykavska recited the poem by Volodymyr Sosyura “Love Ukraine”. 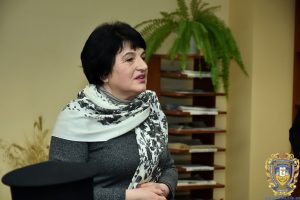 On behalf of Ternopil City Organization “Prosvita” (transl. Enlightenment), its representative Halyna Shot addressed the audience, emphasizing the importance of cooperation and unity of generations in order to preserve the memory of our tragic past. The guests of the event were also addressed by the participant of the war in the East of Ukraine Oleksandr Ivaniuk, sharing the stories of courage and endurance of our soldiers in the front line. 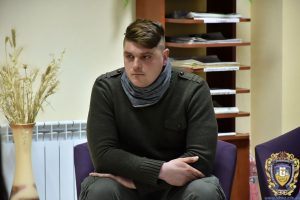 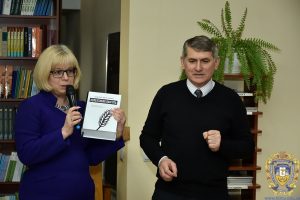 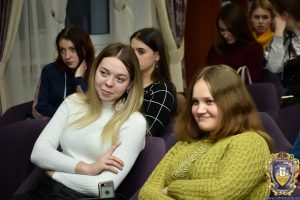 At the end of the event, “Terpoliany” handed over the book “Famine 1946 – 1947 in Ukraine: a collective memory” to the Director of TNMU Library Olena Protsiv.

The information was provided by Yulia Krykavska.