On October 7, 2021, the Department of Psychiatry, Narcology and Medical Psychology, together with the Centre for Psychological Counselling and the Centre for Educational Work and Cultural Development of Ternopil National Medical University organized a series of informational talks with the 1st and 2nd-year students on bullying.

The teachers of the department and interns told the students about bullying and mobbing, what are the main types of these processes, who are their participants and what are the negative consequences of harassment for mental health of those involved. 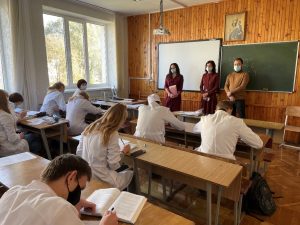 Today the problem of bullying (harassment) is quite common and widespread. Bullying always harms mental and physical health of all those involved. It is difficult to detect cases of violence in an educational institution. First of all, because violence occurs mainly in places where there is no control and supervision of adults.

The Heads of educational institutions, teachers and other participants of learning process often have to resolve conflicts, recognize the manifestations of bullying. During the conversation, teachers and interns discussed the practical aspects of recognizing, preventing and combating bullying in the educational space, described clear algorithms for action in such cases. The most important is that they talked about how to stop bullying and help each of its participants. 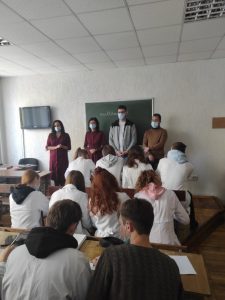 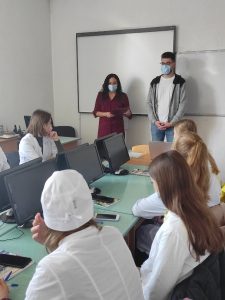 The speakers drew attention to the features and typical signs of bullying, the portrait of the aggressor and the victim, and presented the current legislation on liability for harassment. The participants were also advised on how to witness bullying, victimization or aggression, what can be done to stop bullying in the educational space, and told the hotlines in the event of bullying.

During the meetings, the organizers conducted an anonymous survey of students regarding whether they were participants of bullying. It was found that about 15% of the respondents were victims of harassment at least once in their lives. The same number of respondents claimed to have initiated bullying. However, the good news was that the vast majority of respondents consider their university group friendly and feel comfortable while studying at the university. 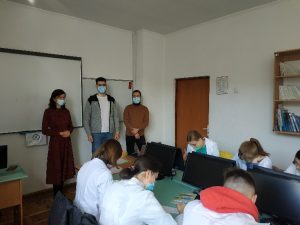 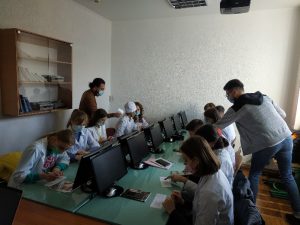 In general, the meeting was held in the form of dialogues, students received a lot of useful information and agreed that it is necessary to carefully consider their actions and their own future. All participants received information leaflets to help prevent, stop and combat as a urgent social issue.