The European Society of Surgical Oncology, ESSO, was established in 1981 to support its members in the development of the science and practice of surgical oncology for the benefit of cancer patients. The organization has more than 20,000 members and sees its mission through a range of education, research and leadership activities in multidisciplinary assistance. The central annual event of this organization is the congress, this year’s congress was held in Lisbon on November 8-10. The theme of the congress is “Improving the future of oncosurgery”. Stepan Hrytsenko, Assistant Professor of the L.Ya. Kovalchuk Department of Surgery No.1, Urology, Minimally Invasive Surgery and Neurosurgery represented Ternopil National Medical University there. 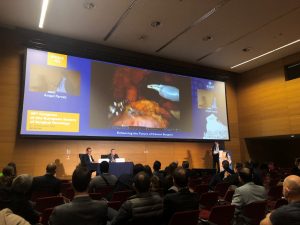 The novelty of the congress reports was very interesting, in short:

* Surgical oncology, unfortunately, will probably soon lose its relevance, but the whole branch of oncology is confidently moving towards conservative treatment;

* New directions and possibilities of therapy with monoclonal antibodies are developed and introduced into routine practice (including as non-adjuvant therapy);

* For most gastrointestinal tumours, non-adjuvant therapy becomes the standard, for example, according to recent research from the United States, about 50% of patients with malignant tumours of the rectum can achieve complete tumour regression with preoperative chemoradiation therapy;

* Routine immunohistochemical examination of each patient at the stage of diagnosis (and throughout the treatment cycle afterwards) allows selection of treatment for each patient personally at a qualitatively new level;

* Routine revealing of circulating tumour DNA and its prognostic value;

* Expanding the indications for endoscopic surgery in the early stages of cancer;

* Opportunities for prolonging the life of patients with peritoneal carcinoma with HIPEC, NIPEC and PIPEC;

* Unfortunately, oncology is getting younger and according to many forecasts by 2030 the share of some localizations will increase to 25% of cases in the category up to 35 years…

The scientific sessions on early oncoscreening methods were really interesting; the use of endoscopic chromatography, endomicroscopy, detection of gastric type of intestinal metaplasia associated with neoplastic progression, stratification of risk factors and early detection of atrophycobacteriosis were of great emphasis.

A poster report on “Preoperative three-dimensional computed tomography of left colic artery in patients with left-sided colon and rectal cancer was presented by S.Y. Hrytsenko at the congress. 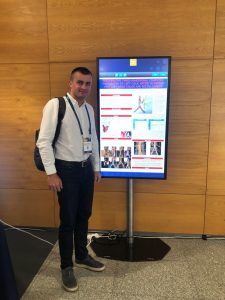 A traditional event at congresses of this level is the Lifetime Achievement Award session, which this year was awarded to Professor Riccardo A. Audisio from Sweden. His lecture was more of a guide for young oncologists. He highlighted the following threats in the professional growth of young professionals: lack of knowledge, inability to conduct scientific discussion and as a result transfer of discussion to “other” hands, neglect of needs and care for patients, weak-minded critical thinking / weak mentoring… The lecture was concluded with words: “Study hard and you will become more confident through overcoming doubts…” 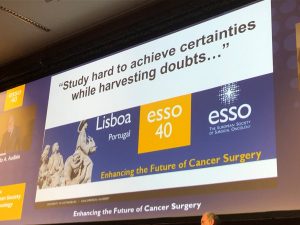 It was an honour to meet on the side-lines of the Congress and establish contacts with Professor Amjad Parvaiz from London – one of the world experts in minimally invasive oncosurgery. During the conversation, he was fully positive about the possibility of an internship at his clinic. 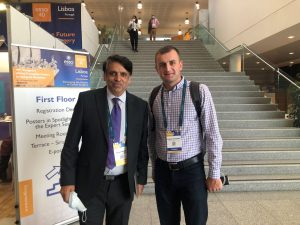 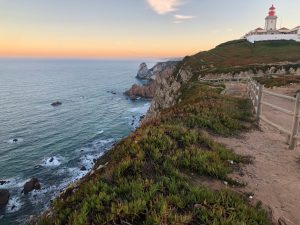 European associations; as their member you can participate in various educational as well as grant programmes in surgery, oncology, gastroenterology, etc.: