The teachers of the Department of Physiology, Bioethics and Biosafety held an online educational event for the students of the 2nd year of study of the Faculty of Medicine and the International Students Faculty on “History, culture, architectural monuments and famous people of Dnipropetrovsk region”.

Every year such events at the Department of Physiology, Bioethics and Biosafety are held for students. This year Professor Vadziuk S.N., the Head of the Department, opened the online meeting by introducing the students of curatorial groups, who prepared interesting presentations about the history, culture, architectural monuments, famous people of the cities of Dnipropetrovsk region in Ukrainian and English.

The presentation of Samonova Anhelina, the student of group 217, about the history of the origin (at that time it was called a winter camp) of the city of Kryvyi Rih, the founder of which was the heroic Cossack Rih.

The “Iron Ore” page of the city was opened by Oleksandr Mykolaiovych Pol, who accidentally discovered iron deposits. The industrial boom of the 1990s, known as the Iron Fever, made Kryvyi Rih one of the leaders in the mining industry of the Russian Empire. Since 1955, new mines had been put into operation, and metallurgical plants had been built. Kryvyi Rih developed and was increasingly becoming an industrial centre with an advanced infrastructure (the world’s largest mining and metallurgical plant: Arcelor Mitall, Zhovtneva mine, coke plant).

The student also presented architectural monuments, i.e. the largest flower clock in Europe, the largest flag on the highest flagpole, the botanical garden, the Modra rocks, the boat station, the music fountain, the Eagle’s Nest rocks.

According to the rating of the Correspondent magazine, 2010, based on the data of the State Statistics Committee of Ukraine on the degree of how many hazardous substances are emitted into the atmosphere by enterprises and transport of Ukrainian cities, Kryvyi Rih is recognized as the most polluted city in Ukraine. 634 kg of harmful substances are released into the atmosphere per each resident of Kryvyi Rih.

The video facts presented by Skrekoten Davyd, the student of group 270, on “Alphabet of Kryvyi Rih, a city of life” about the cultural heritage of the city was really interesting for the audience. The student noted that the city of Kryvyi Rih was the largest city in Ukraine, although not a regional centre. It is the second longest in the world, second only after Vancouver in Canada. 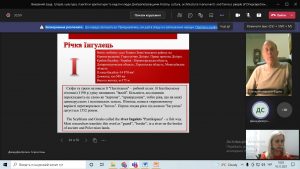 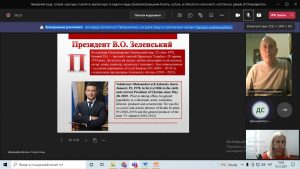 Due to significant mineral deposits, powerful industrial infrastructure, developed agro-industrial complex, Dnipropetrovsk region is one of the first in Ukraine in terms of economic development, especially in mining and food industry, metallurgy, energy, crop production. Kryvyi Rih is the land of ore and metal. Most of the products are certified and meet the world quality.

Products of pipe rolling enterprises of the region are exported to 70 countries around the world. 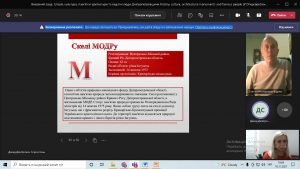 As a result of long-term and intensive extraction of iron ores and their processing in Kryvyi Rih, almost the entire environment are subjected to a huge man-made load. The Department of Ecology of the Executive Committee of the City Council controls the most acute environmental issues, which are important in improving the air, water environment, and prevention of land pollution by waste. The speakers noted that since they started living in the city of Ternopil with the significantly improved air quality, it is easier to breathe for them.