The Central Research Laboratory has been operating since October 1989 according to the Order of the Ministry of Health of Ukraine No. 177, dated August 21, 1989.

The laboratory is a research department of an innovative educational institution, where development has become an objective necessity, and combining educational processes with innovative and research work is a usual activity of the academic staff, who absorb new methods of work and implement innovative technologies into their professional activities.

The research laboratory performs experimental work in situ by combining the educational process with the research work, which is necessarily planned (projected), managed and controlled.

The laboratory contributes to the development of scientific thinking and is an experimental platform for training of high skilled academic staff of the university: teachers and researchers who are experimenters as well. 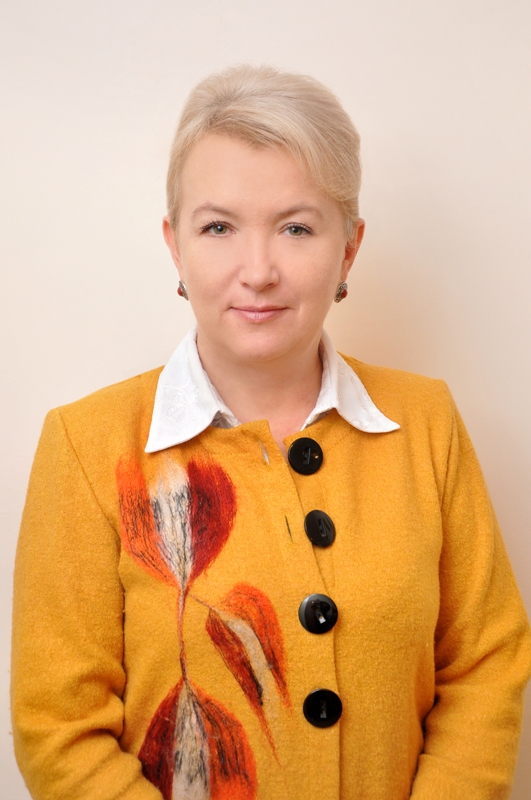 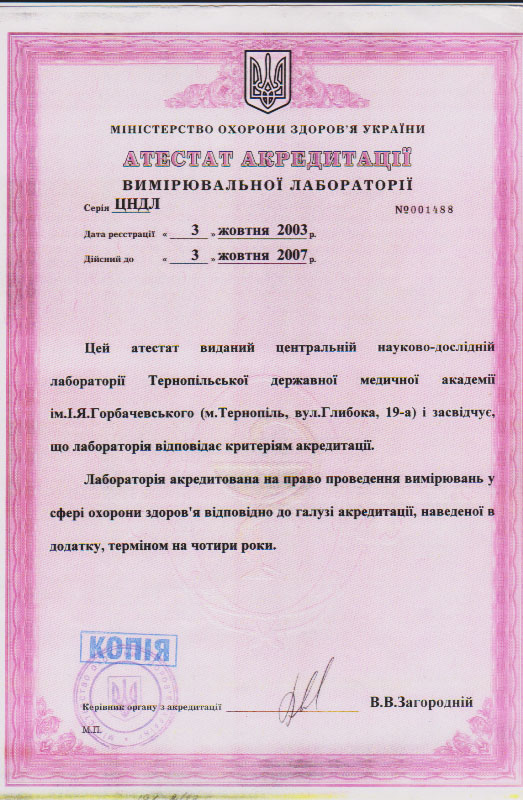 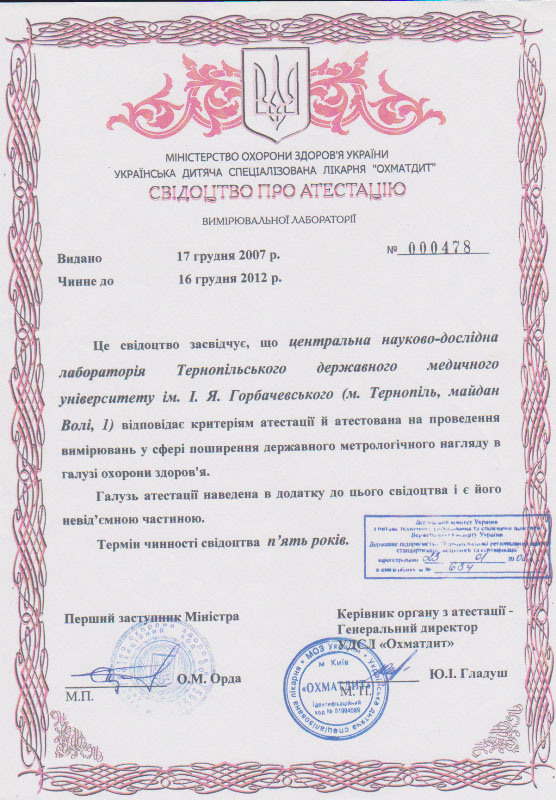 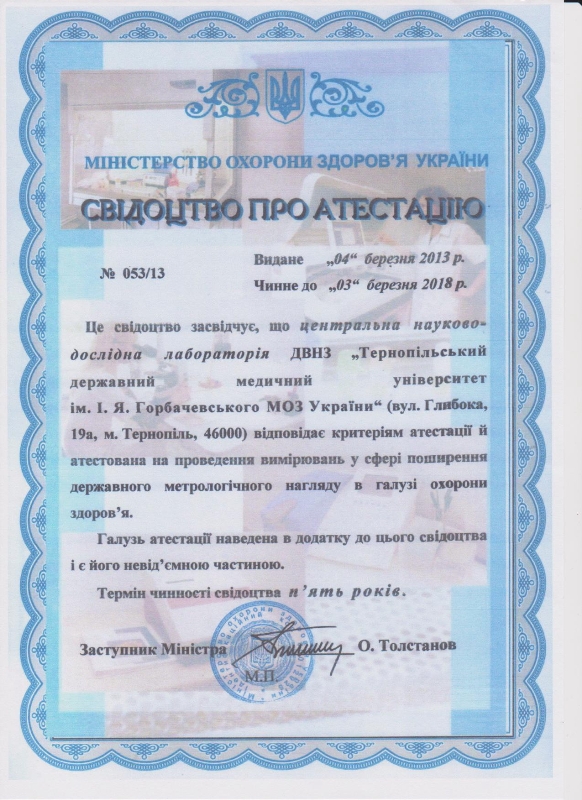 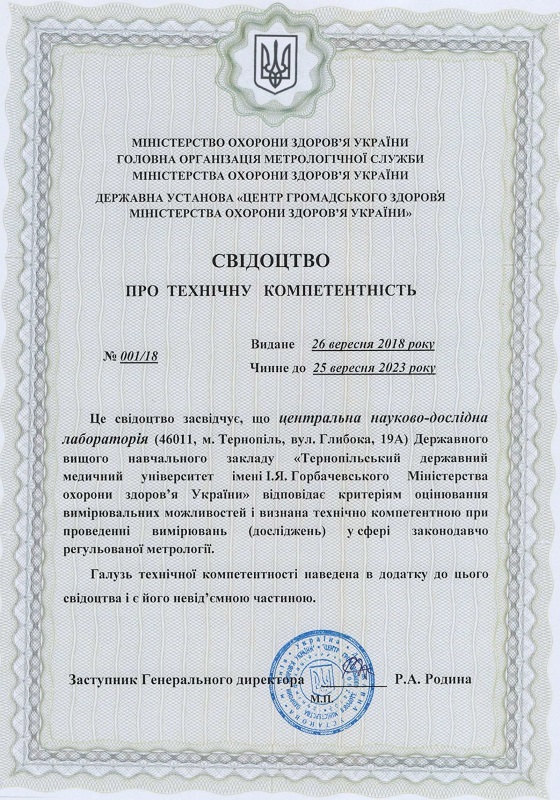 The design of the Central Research Laboratory has been carried out following all requirements regarding the research laboratories according to the principles and rules of Good Laboratory Practice (GLP): 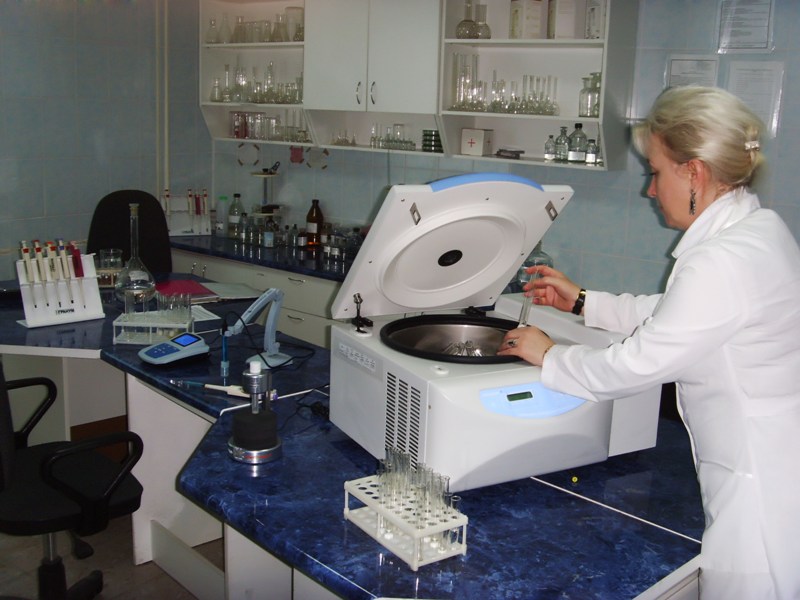 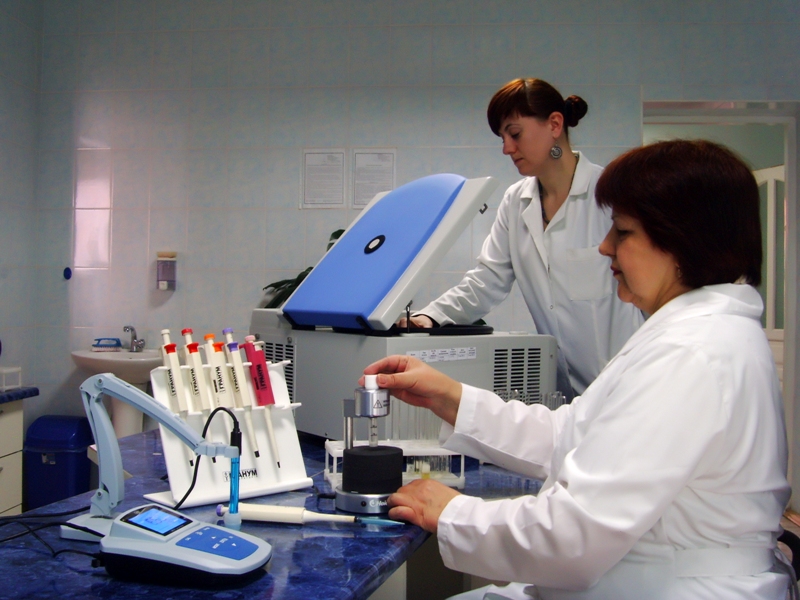 The laboratory staff involves high skilled experts that ensures a proper distribution of various activities to warrant that each type of research is properly conducted according to the principles and rules of GLP. 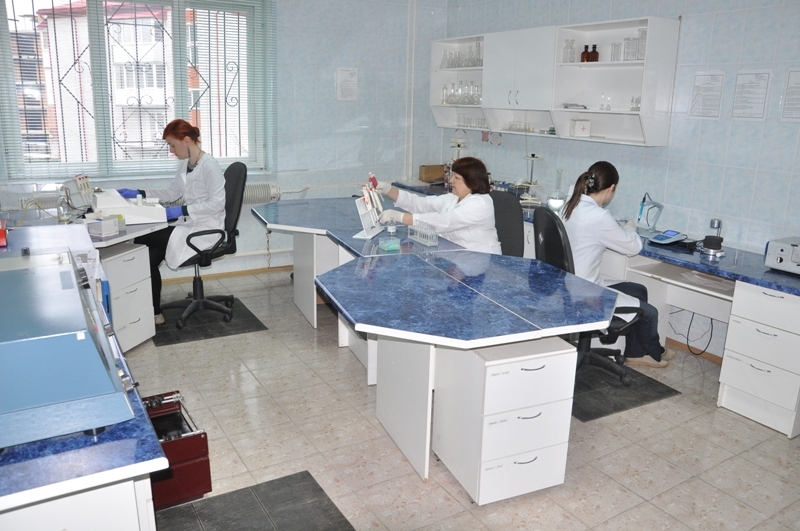 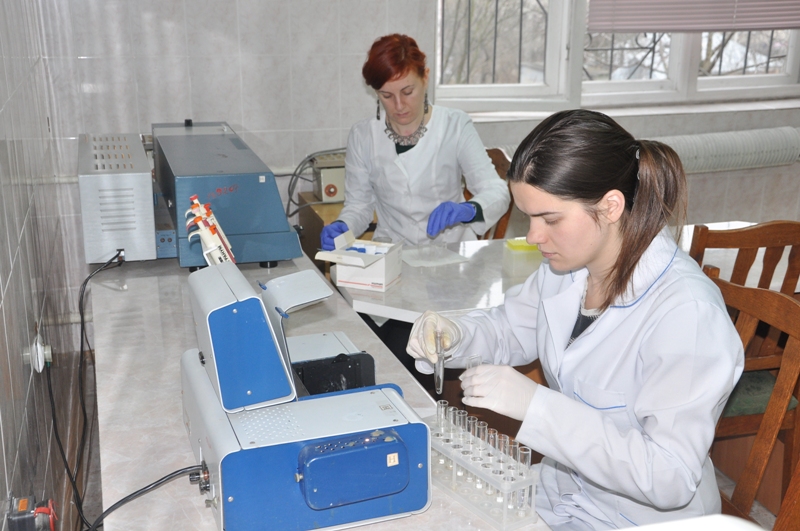 The scientific researches of the Central Research Laboratory include study of patterns of pathological and adaptation-compensatory processes in the body of experimental animals in cases of osteoporosis, cardiovascular, respiratory and digestive disorders, oncological diseases, experimental justification of new methods of their prevention and correction.

All new ways of experimental simulation of pathologic processes as well as the methods of their correction developed and implemented in the health care have been secured by the title of protection of Ukraine.
The algorithm of choosing the terms and volume of surgical intervention in the patients with duodenal peptic ulcer bleeding according to immunomorphological assessment of the factors of periulcerous region defence, ulcerative destruction, probability of bleeding relapse as well as scale of surgery and anaesthesia risk in different age groups in cases of comorbidity.
Endoscopic and immunomorphological monitoring of the activity, dynamics and prognosis of duodenal ulcer complicated by bleeding, which at present is widely used in clinical departments of surgery, is suggested.
A new method of computer morphometric analysis of histological specimens has been implemented into the practice of the Central Research Laboratory using a system of visual image analysis of micropreparations by means of Vision Color CCD video camera and Inter Video Win DVR UTHSCSA Image Tool program. 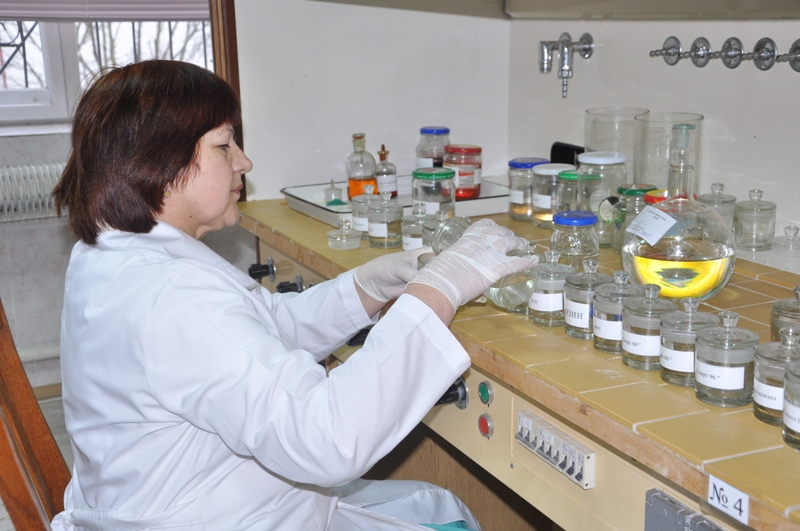 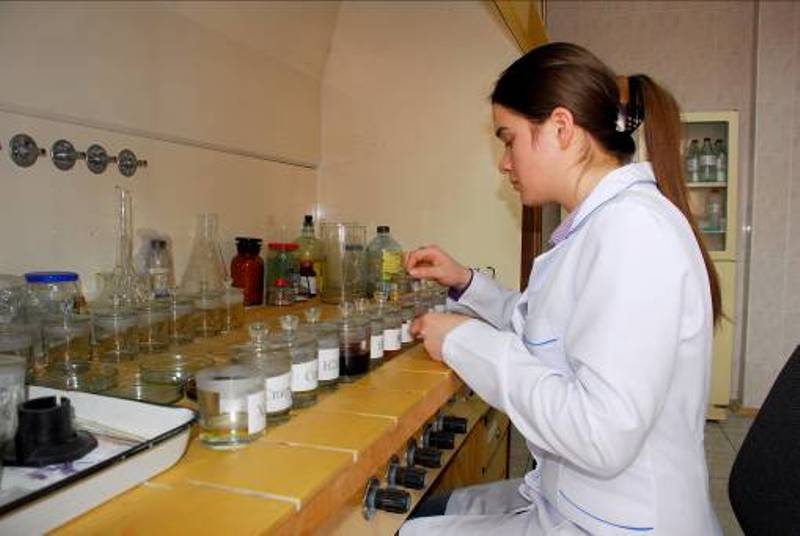 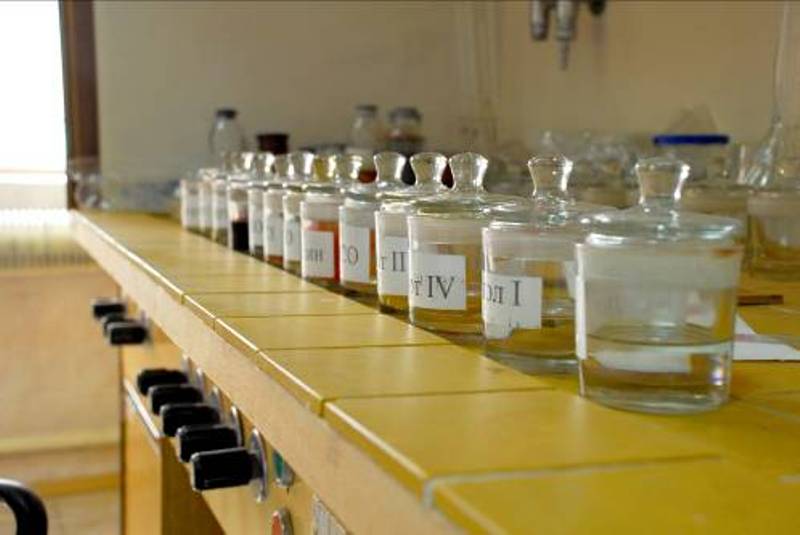 Constant advancement of the Central Research Laboratory with innovative scientific equipment contributes to the expansion and updating of the investigations being carried out there. 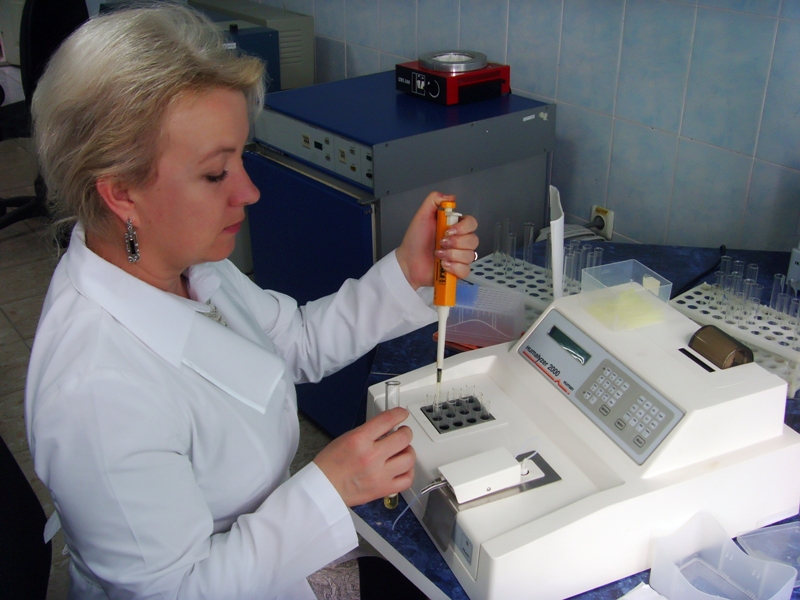 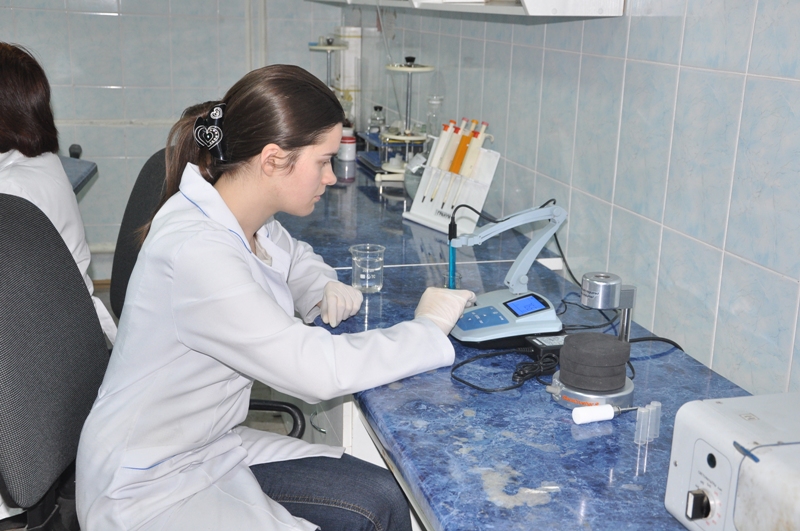 Silent Crusher S with a rotor speed of up to 75.000 rpm allowed obtaining the homogenate of the investigated subjects with a particle size of up to 0.4 mm. Such prototypes are subjected to the study of the dynamics of necrosis and apoptosis of cellular structures by means of flow cytofluorometry.

In 2010-2014 the researchers of the Central Research Laboratory have completed 227 theses:

In 2010-2014, according to the materials of academic research works performed in the Central Research Laboratory the following works have been published:

In 2005-2015, the following fundamental and applied academic research works were carried out in the facilities of the Central Research Laboratory with funding from the Ministry of Health of Ukraine:

OPEN PROBLEMS FOR RESEARCHES IN THE CENTRAL RESEARCH LABORATORY: 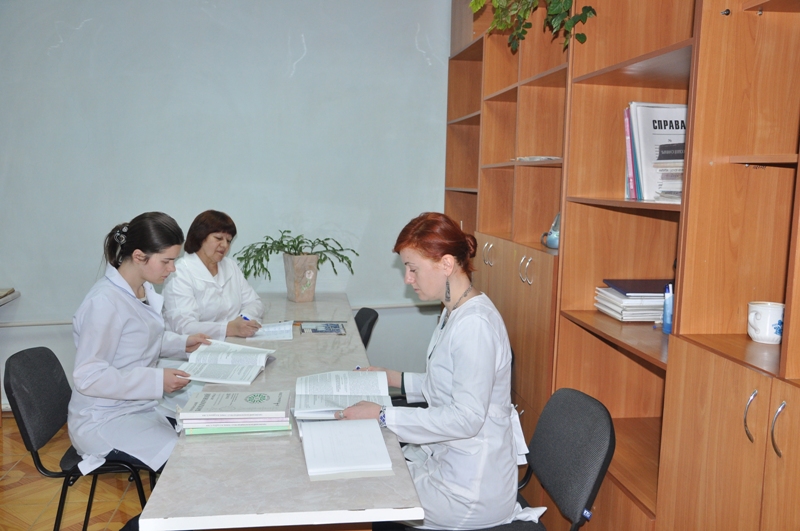 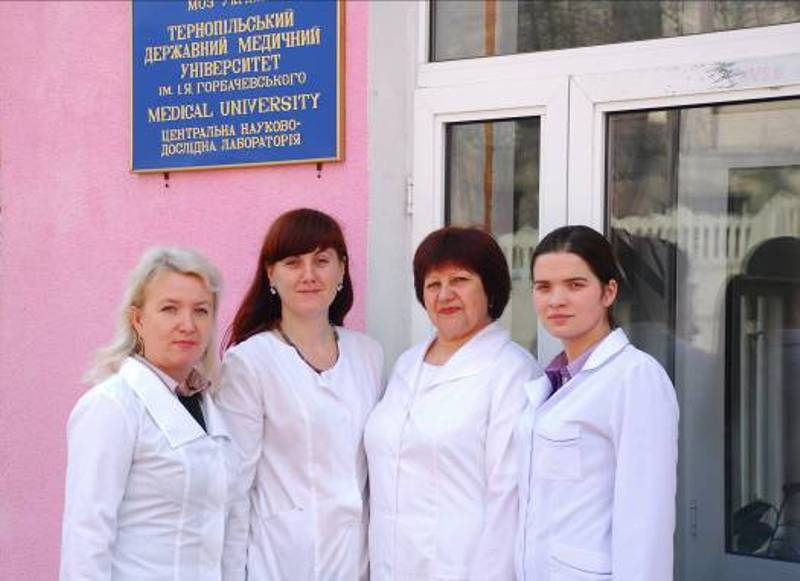 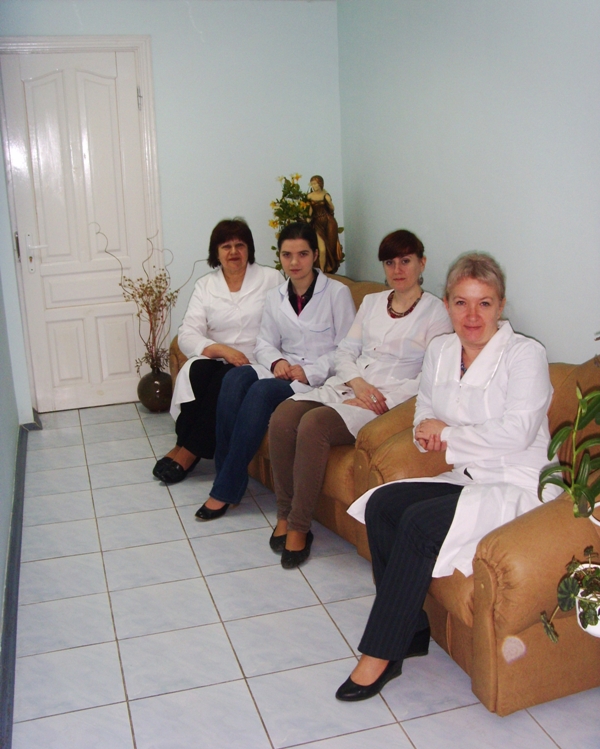