For several years, Ternopil State Medical University has been taking leading positions in prestigious independent world rankings. Recently the university placed first among Ukrainian medical schools and eighth among all the universities of Ukraine in in July 2018 ranking published by 4 International Colleges & Universities (https://www.4icu.org/ua/).

The Australian company 4ICU has been publishing its ranking since 2005. It evaluates the recognition of more than eleven thousand universities in the world, including 171 in Ukraine, based on the popularity of their web resources. As stated on the resource website, such ranking helps international students, lecturers and academics to find out how popular is a certain institution of higher education in a particular country.

The algorithm the 4 International Colleges & Universities uses for its ranking is based on of four unbiased and independent web metrics, and in addition includes data from three different search engines, including Google, an American company Alexa Internet (a subsidiary of Amazon) and a British company Majestic-12. According to the methodology, the popularity of Internet resources is determined based on indicators such as evaluation of site visits, the number of links to the site and the importance of linked resources. 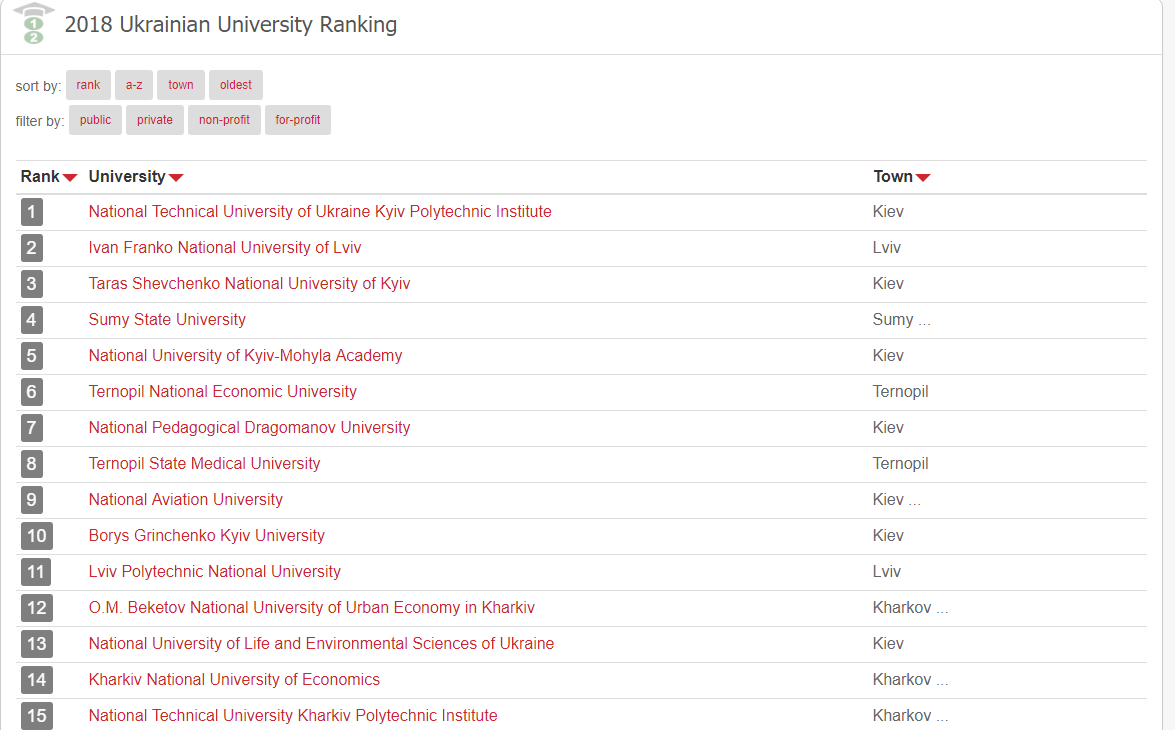 In the new edition of the international Webometrics ranking of world’s universities, which evaluates activity of the universities on the Internet, TDMU ranks 30th among 327 Ukrainian institutions of higher education and fourth among medical schools (http://www.webometrics.info/en/Europe/Ukraine%20).

The ranking aims to promote academic presence on the Internet, to maintain open access,  and to significantly increase the transfer of scientific and cultural knowledge at world universities. It encourages launching and consolidating change processes in academic circles, enhancing the commitment by scientists and creating long-term strategies that are extremely necessary in the 21st century. The web-indicators are used to assess activity of the universities, taking into account their accomplishments, their relevance and impact. Web presence should thus become a reliable representation of the university. 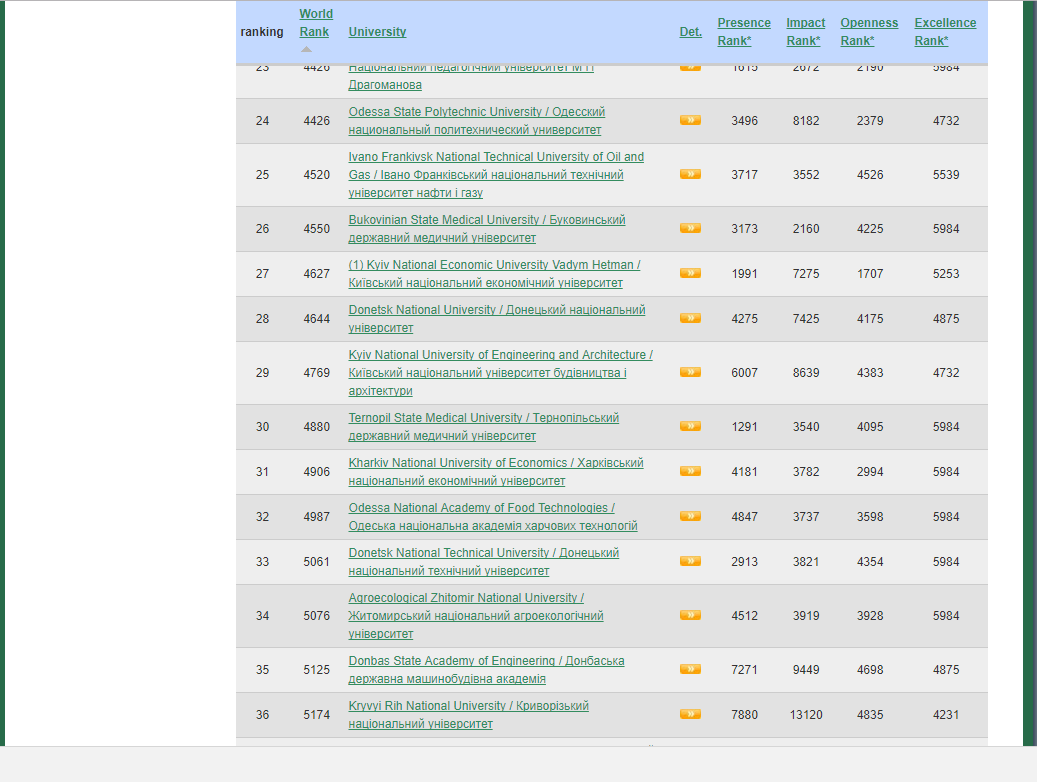 The ranking of each university is determined using the following parameters:

Presence – the number of pages on the University site in all formats indexed by the Google search engine.

Visibility – the combination of the number of external hyperlinks to the site (external inlinks) and the number of sites from which these links come (referring domains). The number of such links indicates the visibility of the university and importance of its published materials (most of these links serve as a citation in the bibliography).

Openness reflects the number of citations to scientific publications from the top 10 most cited university authors (while the Absolute Leader data are not taken into account to increase objectivity) according to Google Scholar.

Excellence – scientific publications by University authors in journals indexed by the SCOPUS bibliometric database that are among 10% of the most cited in relevant Scimago groups.

The ranking has been issued since 2004 and are published twice a year (in June-July and January) by the Cybermetrics Lab of the Spanish National Research Council, a division of the Ministry of Science and Innovation of Spain.